A plan for peace - building a world without war 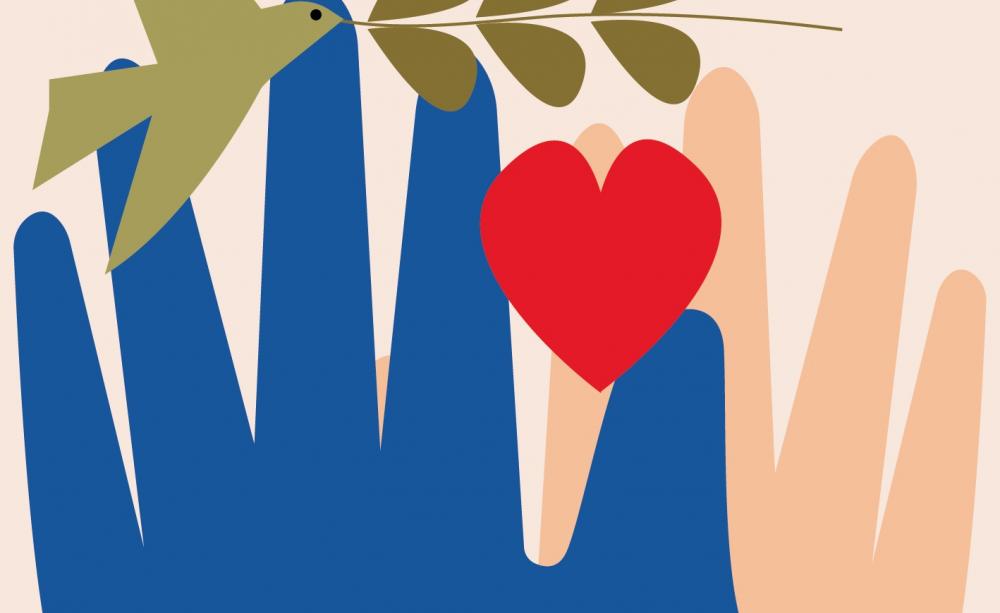 Michaela Pointon
The idea of a world without war may seem far-fetched and utopian but CLIVE BARRETT is inspired by Scilla Elworthy's blueprint to counter conflict in her latest book, Business Plan for Peace: Building a World Without War

The annual expenditure on war amounts to more than US$220 for every person on the planet. This plan for peace would on average cost less than three cents per person.

Peace is a utopian concept - the “realist” generals and politicians say - for idealists and dreamers. In the real world, they say, there is no alternative to war, to the arms trade, to massive defence budgets.

Through the well-argued, accessible and impassioned writing in Business Plan for Peace: Building a World Without War, Scilla Elworthy begs to differ. Elworthy is driven by the practical potential for change, whether undertaken by governments, charities, companies or the individual reader.

The latest issue of Resurgence & Ecologist magazine is out now!

She has met the people who have made a difference, and knows that change for peace is possible. Not only has she founded both the Oxford Research Group, a security think-tank, and Peace Direct, a charity empowering local nonviolent development, but also she advised those who set up The Elders, global leaders who work together for peace.

(Unfortunately, this book was published just before Aung San Suu Kyi’s fall from grace; a second edition might not include her as an example of self-awareness transforming the conduct of politics.)

The first half of the book is a mathematician’s delight, dripping with statistics: eight men have the same wealth as the poorest half of humanity; global military expenditure is nearly US$1.7 trillion, and everyone on the planet could have education, clean water and sanitation for less than one quarter of that.

The purpose of the figures is to provide a context for the set of international development initiatives that Elworthy proposes. The core of the book is a concise outline of 25 practical plans to transform global military culture into a culture for peace.

For each there is an underlying principle, a practical example from Elworthy’s experience of the principle successfully at work somewhere in the world, followed by a brief proposal often consisting of just one or two sentences. This is later given a ballpark costing.

Although Elworthy is better at the big ideas, the credibility of the proposals comes from the inspiring examples that she cites. There are stories of nonviolence schools in north-west Pakistan, former child soldiers in the Democratic Republic of Congo buying today’s child soldiers out of militias in exchange for goats, and thousands of Liberian women refusing to let men out of peace negotiations until agreement was reached.

The budgeting might consist of back-of-an-envelope calculations, but it still gives the scale of finance needed for Elworthy’s proposals.

Ten years’ support for locally led peace-building organisations in conflict zones, US$140 million; four Truth and Reconciliation Commissions in relevant countries, US$24 million; providing the ten most conflict-ridden countries with a peace and security centre each, US$250 million…

The annual expenditure on war amounts to more than US$220 for every person on the planet. This plan for peace would on average cost less than three cents per person.

The total cost over ten years for all these plans to prevent violent conflict is just under US$2 billion. That sounds, and is, a lot, but it is well within some corporate budgets. The annual expenditure on war amounts to more than US$220 for every person on the planet. This plan for peace would on average cost less than three cents per person.

I had so many questions… Who would ‘own’ these projects? Who would implement them? What would the details be? Would they be another form of western imperialism? Yet the questions are part of the point. Let’s not be fatalistic about war. Let’s start a debate about what is realistically possible for peace, and then do it.

We make change together

This volume reads like a manifesto of a person in a hurry, impatient for change that she knows could be undertaken and would be transformative if it were. It is born of a can-do attitude that sweeps up the reader, not in ‘if only’ sighing, but in a desire to make a personal difference.

The intention of the second half of the book is to answer the reader’s question, “What can I do?” Whether or not it succeeds probably depends on where the reader is coming from.

Self-awareness is relevant, of course, but individualism must give way to collective action, to joining with others, getting stuck into existing projects, organisations, campaigns.

We need each other – we make change together. If this book succeeds in getting the reader to take up just one of the suggestions, it will be a life-changer.

Elworthy concludes: “The most powerful and lasting way to counter war and violence is to build a culture of peace… Peace involves transforming society from the inside out, in our own lives and across borders.” Let it begin with me – and you.

Clive Barrett is chair of trustees of the Peace Museum in Bradford, West Yorkshire. This article first appeared in Resurgence & Ecologist magazine.