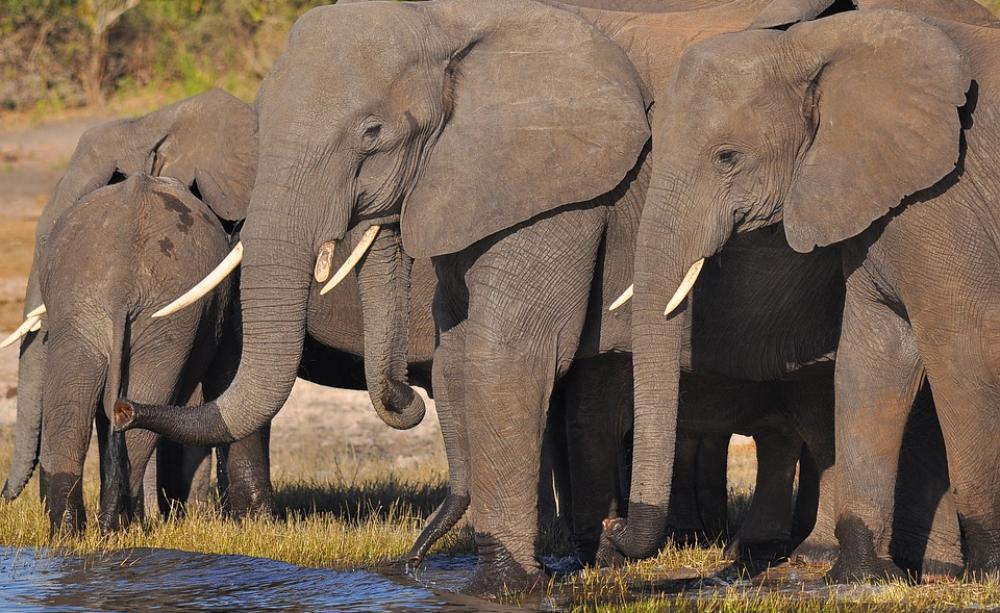 Nearly 400 'trophies' from the world’s most endangered animals have been brought into Britain by hunters in recent years.

A motion calling for an urgent ban on trophy imports has now won the support of MPs from the Conservatives, Labour, Lib Dem, SNP, Plaid Cymru, Green Party, and Democratic Unionist Party.

The Campaign to Ban Trophy Hunting said UN figures showed that the most popular trophies for UK hunters included elephants, lions, leopards and rhinoceroses - all of which are included in Appendix I of CITES, the Convention on the International Trade in Endangered Species. Appendix I animals are considered to be at greatest risk of extinction.

Other Appendix I animals killed by British trophy hunters include cheetahs, Nile crocodiles, zebras and caracals.

Jeremy Corbyn, the Labour leader, criticised the loophole in CITES which currently allows trophy hunters to kill the world’s most endangered animals.

He added: “When you've got a scattered, dwindling population, the loss of a handful of animals doesn't just cause a ripple effect - it can be like a tsunami wave.

“Trophy hunting has always been senseless cruelty. Letting people kill them because they think it's entertaining is just insane, especially when you’re talking about wildlife with such a vulnerable status”.

Zac Goldsmith is one of a number of leading Conservatives calling for a ban, and has now tabled a motion in Parliament which has won cross-party support.

He said: “I find it amazing that anyone would take any kind of pleasure from shooting one of these magnificent creatures - elephants, lions, even rhinos. It makes no sense to me at all at any level.“

He said claims by trophy hunters that the ‘sport’ helped fund wildlife conservation and poverty eradication programmes were deliberately misleading. “Trophy hunting should be banned across the world, and that ban should be enforced very strongly," he argued.

"It’s completely wrong that we’re allowing people to kill animals, particularly endangered species. The argument that it’s good for local communities is completely bogus. The money goes to the rich people, and we could actually help communities far better by promoting nature tourism.”

Caroline Lucas, the Green Party MP,  said the government had failed to follow through on a 2015 promise to ban lion trophy imports.

She pointed to the examples of Australia, France and the Netherlands where trophy imports have been banned: “Our government is supposed to be doing something about this. They pledged to make a start by banning the imports of lion trophies.

"But even on this they haven’t implemented it. Every year there’s an average of 242 animal trophies coming back into the UK We’re calling on the government to step up to follow the lead from other countries who have banned all trophy hunting imports.”

Eduardo Gonçalves, from the Campaign to Ban Trophy Hunting, said the public would be shocked to learn both that British trophy hunters were deliberately killing endangered animals and bringing in elephant tusks, and that the law allowed them to do it.

He said: “Over the last decade, UK hunters have brought home over 2500 trophies, of which nearly 400 were from some of the most endangered species on the planet.

“UK hunters have killed literally hundreds of elephants, hippos, leopards, zebras and lions - and then brought home their trophies and body parts for show.

“As well as tusks and mounted trophies, U.K. hunters bring home ‘souvenirs’ from their elephant-hunting expeditions that include trunks, feet, ears and tails.”

“The Safari Club International ‘Global Hunting Award’ challenges hunters to kill a minimum of 12 species in Africa. Their ‘Cats of the World’ prize is handed to those who kill a lion, leopard, cheetah, jaguar, cougar and several other big cats.

"Its other awards include the infamous ‘Africa 29’ which is given to hunters who kill no fewer than 29 different wildlife species. This is grotesque, uncontrolled slaughter on a massive scale, and it’s pushing threatened species to the brink of extinction”.

He added that the loopholes in wildlife protection laws were being exploited by poachers posing as trophy hunters.

“Many people think the hunting of endangered wildlife is banned. In fact trophy hunters are exempted from CITES. It’s an extraordinary loophole that poachers are taking advantage of. Around 300 rhino horns are known to have been exported by phoney trophy hunters between 2009-2014 alone.

“The government wants to be seen as a global leader on wildlife and animal welfare. If it’s serious about this, it should commit to an immediate ban on imports. This is an area where Michael Gove will find there is strong public support for decisive action.”

For the SNP, Tommy Sheppard MP said: “It’s disgraceful in the modern age that we allow people to indulge in the slaughter of wild animals purely for entertainment.”

Ben Lake MP (Plaid Cymru) added: “I find it abhorrent that anyone would consider killing animals for sport and then to mount them above their mantelpieces as some sort of trophy. I want to see it completely banned. The U.K. as a leading nation can make an important contribution to bringing a global ban

Brendan Montague is editor of The Ecologist. This article is based on a press release from the Campaign to Ban Trophy Hunting.