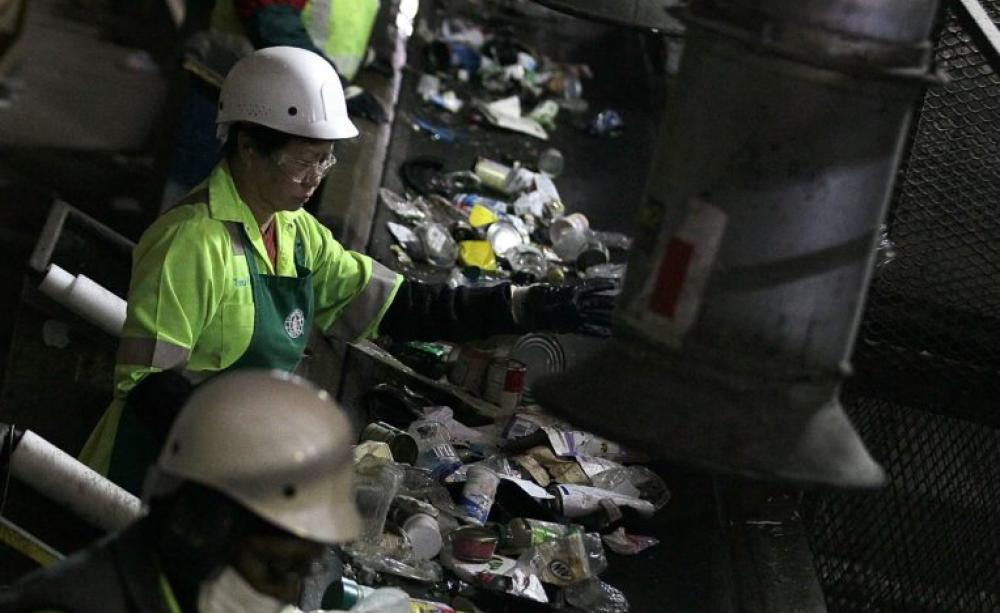 In California, the environmental benefits of recycling now come with a cost

US plastic waste exports to developing countries in south-east Asia rose dramatically in the first six months of this year, as the international fallout from China’s decision to shut its doors to “foreign trash” continues.

Unearthed can reveal that plastic waste exports from the US to Malaysia, Thailand and Vietnam shot up from January to June 2018.

But with these southeast Asian countries moving to impose import restrictions and plastic scrap piling up from California to Florida, the US recycling industry is talking about a mounting crisis in the country.

China has historically been the world’s biggest importer of plastic waste, taking in 45% of cumulative imports since 1992, according to a study published this summer.

The US sent around 70 percent of its plastic waste to China and Hong Kong last year. But Beijing’s move to stop importing low quality plastic scrap has forced recyclers in the west to take a long look at their business model.

In the UK, figures from the recycling industry have said the sector is “lurching from crisis to crisis”.

An analysis of trade data from the US Census Bureau found that other countries have accepted more plastic scrap.

The influx of western rubbish into these countries has forced some to impose restrictions on waste imports.

Earlier this summer, plastic processing factories in Banting, south-west of Malaysia’s capital Kuala Lumpur were forced to close because of residents complaining of air and water pollution.

The country’s government announced a new import tax on plastic waste, last week. Malaysia is also tightening requirements on operating permits and is looking to clampdown on illegal processors.

Restrictions have also been introduced in Vietnam. In May, authorities in the country announced a temporary ban on plastic and paper waste imports from the middle of this June until October.

Two of the country’s biggest ports – Tan Cang-Cai Mep International and Tan Cang-Cat Lai – have reportedly become overwhelmed with plastic and paper scrap since the China ban came into force.

In Thailand, the influx of trash forced the government to introduce [story in Thai] inspections of all plastics and electronic waste imports into the country. The country’s authorities have also pledged to send waste back to where it came from if it’s imported without proper description.

Experts are concerned that these increasingly popular destinations for US waste do not have the capacity to deal with waste in a safe or environmental way.

“Some of these countries just don’t have the infrastructure in ports or roads to deal with an increase in volume of material,” Robin Wiener, CEO of US trade body the Institute of Scrap Recycling Industries (ISRI), told Unearthed.

“Pop-up recyclers are trying to take advantage of these shifting markets but they are not doing it properly. They are not following industry standards when it comes to environmental, health, and safety practices.”

All of this poses an unprecedented challenge for American recyclers.

“We saw the writing on the wall,” Brent Bell, VP of recycling at Waste Management, the biggest waste management firm in the US, told Unearthed. “The industry has to find domestic outlets for our material.”

Recycling firms, under pressure to meet higher standards, have seen costs rocket. While they have traditionally paid authorities for waste that could be turned into recycled goods, they are now starting to charge the state for the cost of getting rid of it.

Stockpiling has been occurring in California, now the world’s fifth largest economy, and a number of bills are now being considered to cut plastic waste.

Coastal cities have historically been more dependent on exporting waste to be recycled.s.

San Diego is now facing a potential $1.1m annual charge from its waste contractor, which last year provided the city with a $4m income stream.

“The environmental benefits of recycling now come with a cost that we haven’t seen in California before,” Zoe Heller, assistant director of policy development at CalRecycle, California’s state waste management agency, told Unearthed.

“What used to be a very profitable revenue stream is now becoming a cost.”

In towns and cities across the US, firms have been taking a variety of steps to deal with the backlog. Some have suspended their recycling schemes, begun education campaigns or refused to accept certain types of plastic waste. Others have refused to pick up rubbish from outside houses, sent recycling to landfill or burned it.

Residents may have to pick up the bill; one town in Vermont is soon to start chargingresidents for their recycling. Alternatively costs could be passed on through higher taxes.

In total, US plastic waste exports in the first six months of 2018 were worth $270m, a drop of almost $90m on the previous year.

Bell, from Waste Management, is clear about what he thinks needs to happen: “We have toencourage manufacturers to use a high proportion of recycled content in their products. And we have to make sure recycling is clean to begin with.

“There need to be more grants to help with upfront investments in manufacturing facilities so more companies can take recycled materials and make them into new products.”

This article first appeared at Unearthed, from Greenpeace. This piece was also featured in the Guardian.