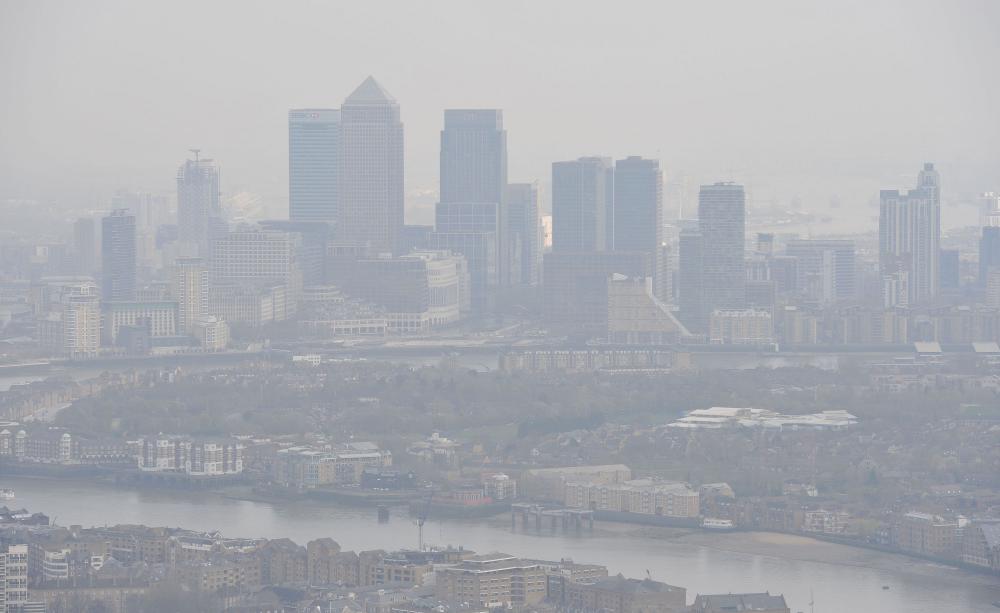 A staggering 400,000 children among those living in parts of the city which exceed the legal limits for pollution.

The data I've published today gives an even clearer picture of the urgent need to take action.

Updates from the London Atmospheric Emissions Inventory which analyses air quality in the capital, show that more than 400,000 children among those living in parts of the city which exceed the legal limits for pollution.

Mr Khan said the analysis showed there were no significant improvements in pollution between 2013 and 2016, when his predecessor Boris Johnson was in office.

But there have since been significant improvements in measured pollution levels, he said.

Air pollution is down, with a 57 percent reduction in the number of hours recorded in which the city bust the legal limit for nitrogen dioxide so far this year compared to the same period last year.

In the first three months of 2016, 43 monitoring sites in London recorded hours exceeding their legal limit of nitrogen dioxide - with 13 going over the annual maximum of 18 hours above the cut-off.

But so far in 2019, just 10 monitoring sites have recorded breaches of the hourly limit, and none have hit the annual maximum threshold.

The figures come ahead of the introduction of the ultra low emission zone (ULEZ) which will charge the most polluting cars, motorcycles and vans £12.50 a day to drive in the city centre, and £100 for lorries, buses and coaches.

Officials said hourly breaches of nitrogen dioxide limits were almost exclusively due to traffic, and the improvements are likely to be down to cleaning up Transport for London buses and drivers already complying with the ULEZ.

Mr Khan said: "From the very outset I have been crystal clear that I would do everything in my power to tackle London's toxic air crisis.

"So far in my mayoralty, this includes cleaning up our bus and taxi fleet and establishing the largest air quality monitoring network of any major city.

"The introduction of the world's first 24-hour seven-day-a-week ultra low emission zone next week marks a watershed moment in our fight to clean up our filthy air."

He added: "The data I've published today gives an even clearer picture of the urgent need to take action."

Polling by YouGov ahead of the introduction of the ULEZ suggests 80% of Londoners and 90 percent of drivers know something about the scheme - although only one in five motorists are expected to drive into the central zone.

Dr Penny Woods, Chief Executive of the British Lung Foundation, said: “If more than two million Londoners were drinking toxic water the outcry would be huge. While pollution in the air might be hard to spot – the damage it’s doing isn’t.

“Toxic air is stunting the growth of our children’s lungs – something that puts them at risk of infections and breathing problems for the rest of their lives.

“London’s Ultra-Low Emissions Zone is a good first step to cleaning up the capital’s air but nationally we need stronger action if we want to protect the whole country’s lungs.

“This is why we’re calling on the government to enshrine the World Health Organisation’s limit for fine particulate matter into the upcoming Environment Bill.

“Legally binding limits are necessary to ensure no one breathes dangerous levels of pollution, and the Bill is a once-in-a-generation opportunity to guarantee we will all be able to breathe clean air.”

Emily Beament is the Press Association environment correspondent. Brendan Montague is editor of The Ecologist.