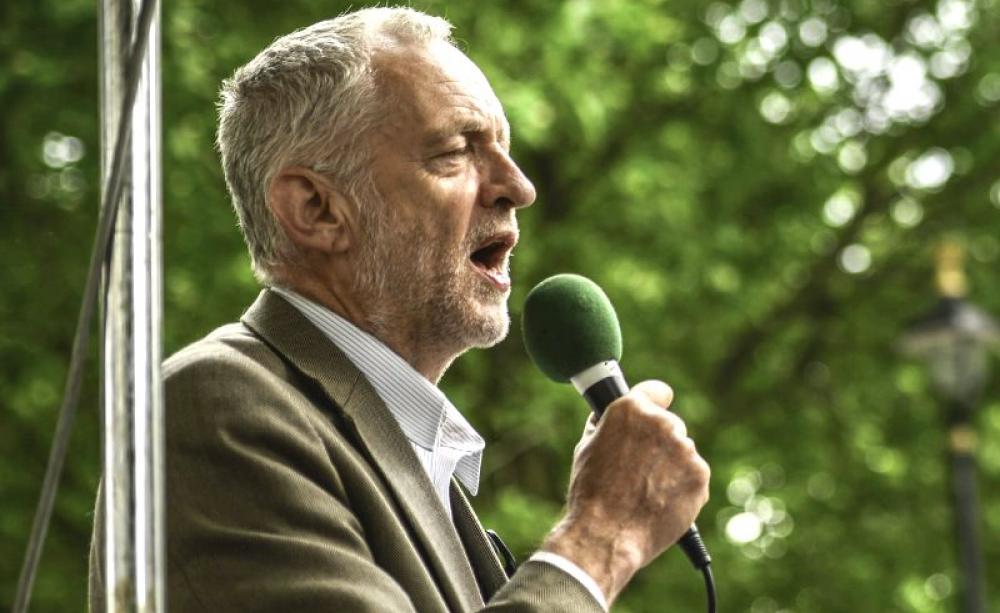 Jeremy Corbyn speaking at the 'End Austerity Now' march on the State Opening Of Parliament, 27th Ma7 2015. Photo: Sleeves Rolled Up via Flickr (CC BY-NC-SA).
'For young people, the climate emergency is the cause of their generation. And we in older generations must face up to this seriously.'

For young people, the climate emergency is the cause of their generation. And we in older generations must face up to this seriously.

MPs will vote on Wednesday whether to declare an environmental and climate emergency following mass protests over political inaction in addressing the crisis.

Labour will force a commons vote on the issue, one of the key demands of the Extinction Rebellion (XR) movement, whose activists paralysed parts of London in previous weeks.

Jeremy Corbyn said he hoped other countries would follow if the UK parliament became the first in the world to declare a climate emergency.

The move was backed by 16-year-old activist Greta Thunberg, who has been nominated for the Nobel peace prize for her campaign to tackle climate change.

XR is calling for Government to "tell the truth by declaring a climate and ecological emergency" setting out the need for urgent change.

Mr Corbyn praised "the inspiring climate activism we've seen in recent weeks" and said it was a "massive and necessary wake up call for rapid and dramatic action".

As part of their protest, which saw key parts of central London occupied by activists, a small group of XR activists targeted Mr Corbyn's home by using a bike lock on a fence and then gluing themselves together.

Mr Corbyn said: "For young people, the climate emergency is the cause of their generation. And we in older generations must face up to this seriously.

"We have to have a much more focused and serious approach towards climate change and the damage we're doing to our planet. We want a world for those in countries worst affected by and least to blame for climate change and our young people.

"On Wednesday, the UK parliament will have the chance to be the first in the world to declare an environment and climate emergency, which we hope will trigger a wave of action from parliaments and governments around the world."

Labour's policy is for the UK to achieve net zero emissions before 2050, an ambition which falls far short of Extinction Rebellion's call for a 2025 deadline.

The opposition pointed to official figures showing a two percent reduction in emissions last year, suggesting that a level compatible with net zero emissions would not be reached until 2100.

Andrew Gwynne, the shadow communities secretary,  was challenged about the party's environmental credentials after the Labour-led council in Cumbria backed a new coal mine.

On BBC One's Andrew Marr Show he said "there are technologies to capture the carbon" but added: "We need to make sure there is proper investment in those green technologies going forward."

"So now I think that yes, dirty forms of energy, it's a retrograde step," he said.

The group added: "We ask all MPs and the UK Government to listen to the young people, mums, granddads and scientists who put themselves on the line over the last two weeks to fight for our future and our planet. Now is the time for each and everyone of us to decide which side of history we are on."

Labour's actions were praised by Miss Thunberg, the Swedish teenager who has sparked a wave of youth climate protests around the world.

She said: "It is very hopeful that a major European political party has woken up to propose a declaration of a national climate emergency.

"It is a great first step because it sends a clear signal that we are in a crisis and that the ongoing climate and ecological crises must be our first priority. We cannot solve an emergency without treating it like an emergency.

Labour will use an opposition motion to push Parliament to act with urgency to avoid more than 1.5C of global warming, which requires worldwide emissions to fall by about 45% from 2010 levels by 2030, reaching net zero before 2050.

The motion will call for targets for the mass rollout of renewable and low-carbon energy and transport, properly-funded environmental protection measures to reverse the trend in species decline and plans to move towards a zero-waste economy.

David Hughes is the chief political correspondent at the Press Association. 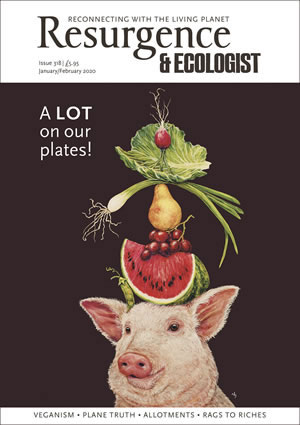