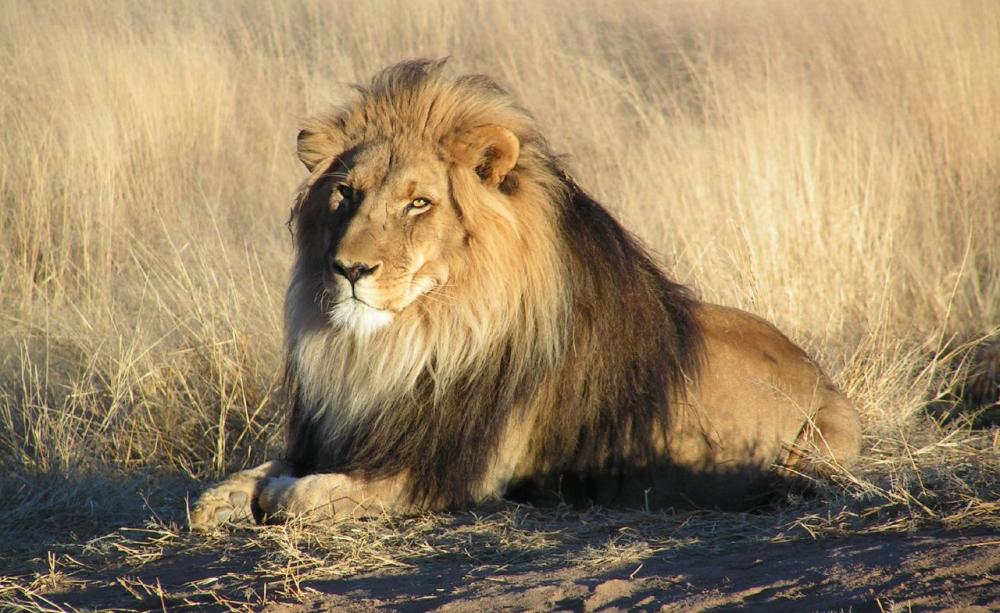 Wikipedia
Campaign to Ban Trophy Hunting reveals that Britain is one of a ‘Deadly Dozen’ top nations killing the most lions on South Africa’s ‘canned hunting’ estates.

The Campaign to Ban Trophy Hunting (CBTH) has called on the UK government to ban the import of lion hunting trophies immediately following the Mail on Sunday’s front-page lead story about Lord Ashcroft’s ‘Operation Simba’.

It also said that lion shooting had become more popular with British big game hunters since the killing of Cecil, and that the majority of lions killed by UK hunters are now shot in enclosures in South African ‘canned hunting’ facilities.

Eduardo Gonçalves, founder of the Campaign to Ban Trophy Hunting, said: “Britain should hang its head in shame over its role in this disgraceful industry. The government promised to ban lion trophies after the Cecil scandal in 2015 but then reneged on its pledge.

“Lion hunting is increasingly popular with British trophy hunters. More than half the lion trophies imported into the UK over the past decade have come in since 2015 - the year Cecil was killed in Zimbabwe.

“It’s time Michael Gove and the government took action to stop trophy imports and help bring an end to this vile industry.

“Killing lions for fun isn’t just despicable, it’s disastrous for their survival. A staggering 10,000 lions have been killed by trophy hunters over the past decade - about half today’s total remaining population. Lion poaching is on the up throughout southern Africa thanks to the lion bone trade.

“Many people assume lion trophy hunting died out with colonialism when in fact it has been growing in popularity. Lion trophy numbers went up 14% globally between 2006 to 2016."

Gonçalves continued: “The lion factory-farming and canned hunting industry is the most despicable aspect of an unconscionable industry. Lions are exploited from the very beginning, being taken away from their mothers as cubs when just a few hours old so as to make their owners money from tourists through cub-petting.

“Members of crime syndicates involved in the rhino horn trade are now dealing in lion bones too, and South Africa’s government is happy to do business with them.

South Africa’s lion bone industry - which grew out of demand for a substitute for dwindling tiger bones - is now fanning illegal trade in both lion and tiger bones. Tigers and ‘ligers’, as well as lions, are being quietly bred in South Africa, and without any legal protections.

Gonçalves added: “Lion skeletons are sold to Chinese dealers in Durban or Johannesburg, then shipped to Asia where the product, once boiled down and bottled, can fetch a market value exceeding US $20,000.

“The South African government says it believes there are over 300 lion captive breeding facilities, but even it doesn’t know. There is simply no oversight or controls. The government there has simply ignored calls by its MPs to close down the industry.

In December 2018, the Campaign to Ban trophy Hunting published an open letter signed by Labour Leader Jeremy Corbyn and a number of major public figures and conservationists calling for a ban on trophy imports.

Over 160 MPs of all parties have signed an Early Day Motion supporting a ban and calling for an end to trophy hunting.

This article is based on a press release from the Campaign to Ban Trophy Hunting.