Andrew MacKillop and the 'glory years' 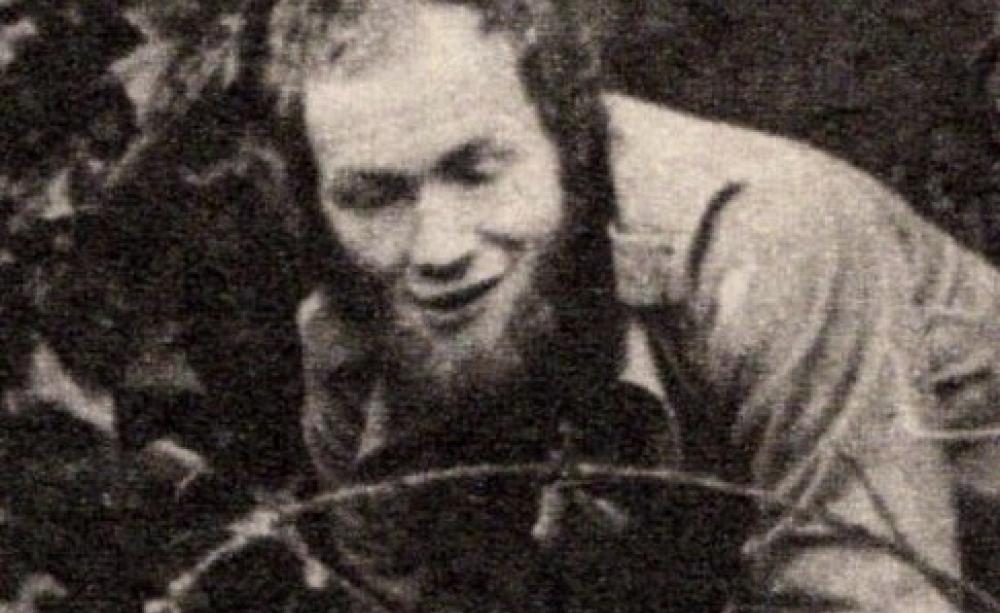 Andrew MacKillop, a former associate editor of The Ecologist has died in Edinburgh aged 74.

Andrew MacKillop was on The Ecologist's editorial team during what is considered by many to have been the magazine's glory years.

Andrew and his fellows - Teddy goldsmith, Peter Bunyard, Jimoh Omo-Fadaka - strove to deliver the environmental message to a wider audience, buoyed by the political and economic uncertainty that followed in the wake of the first oil shock and the breakout success of A Blueprint For Survival (1972).

Andrew was born on 4 December 1944 in Berne, Switzerland, the ninth child of Douglas MacKillop and the third of his second wife Phyllis (nee Jackson). Another son was to follow ten years later - myself.

At the time, Douglas was working at the British Embassy (he gets a mention in Martin Gilbert's Auschwtz and the Allies); at the cessation of hostilities, the family returned to London, finally settling in Dorset.

Andrew was sent to a boarding school at Iwerne Minster, from which he soon decamped; he was then allowed to continue his secondary education as a day boy at Blandford Grammar School. He went to University College London (UCL) in 1964; he was to remain there for the best part of a decade.

It was at UCL that he first became interested in more sustainable ways of living. Even in the sixties, the problems of ever increasing energy demand had begun to manifest themselves in such incidents as the power cut that affected the entire East coast of the USA in 1965.

This drew him to what was then known as "alternative technology"; strange, new ideas such as solar panels, wave powered generators and electricity generating windmills - all of which are widely available today at ever decreasing prices.

In 1970 he managed to persuade UCL (where by now Andrew was lecturing) to allow him to establish a Building Ecology course for diploma students at its architecture department, with a view to incorporating this technology into housing stock.

His first book, Talking About the Environment, appeared in 1973 (Wayland). He also took time out to start a family, marrying Patricia Jacobs in 1969; their son Sol was born in 1971.

But Andrew was anxious to see his ideas pass from the printed page to reality; so when, in 1973 the editorial staff of The Ecologist invited him to join them with a view to developing some property they had acquired in Cornwall, he jumped at the chance.

His first act was to establish a company - Low Impact Technology - to promote and market the new technology. There was no shortage of interest; at its peak there were over 500 enquiries a week coming in, which began to overwhelm him.

I can attest to this; in the summer of 1974, he invited me to join him "for a holiday". It turned out to be of the busman's kind, when he presented me with the backlog of his correspondence; I cleared it in two weeks.

But the correspondence wasn't the greatest problem; rather, it was the failure of the magazine to come up with the money he needed to get his ideas off the ground.

So as well as the company and his regular work for the magazine, he produced a slew of books; Hydropower and Methane (both published by Wadebridge Ecological Centre, 1975) and Why Soft Technology? (Methuen 1975) in the hope that one of them might sell well enough to provide the money he needed. None did.

The strain began to tell; he and Patricia separated. He ended up going to Papua New Guinea to advise the newly independent government on energy policy.

On his return, he severed his connections with the magazine and decided to concentrate on writing. Two more books followed; The Oil Crisis and Economic Adjustments (Pinter, 1983) and Technology Employment and Development Implications of New and Renewable Sources of Energy (International Labour Office, 1983).

Andrew came to the notice of the European Parliament and worked there as an adviser for a short time. He moved to France, near Lyons and remarried, to Clare Mulkeen; two more children followed, Fionn (1980) and Sophie (1986).

It proved to be a false dawn; book commissions dried up, forcing him to take on translation work to make ends meet. When this marriage broke down in turn, he began to cut himself off from his family and friends.

He returned to the UK. One last book followed; The Final Energy Crisis (Pluto, 2005). An ironic title, perhaps.

A smoker for many years, his health began to deteriorate until he died of pneumonia in Edinburgh Royal Infirmary on the 11 December 2018. Patricia, Sol, Clare, Fionn and Sophie all survive him.

Ian MacKillop is Andrew's younger brother. He makes a living as a locum pharmacist.