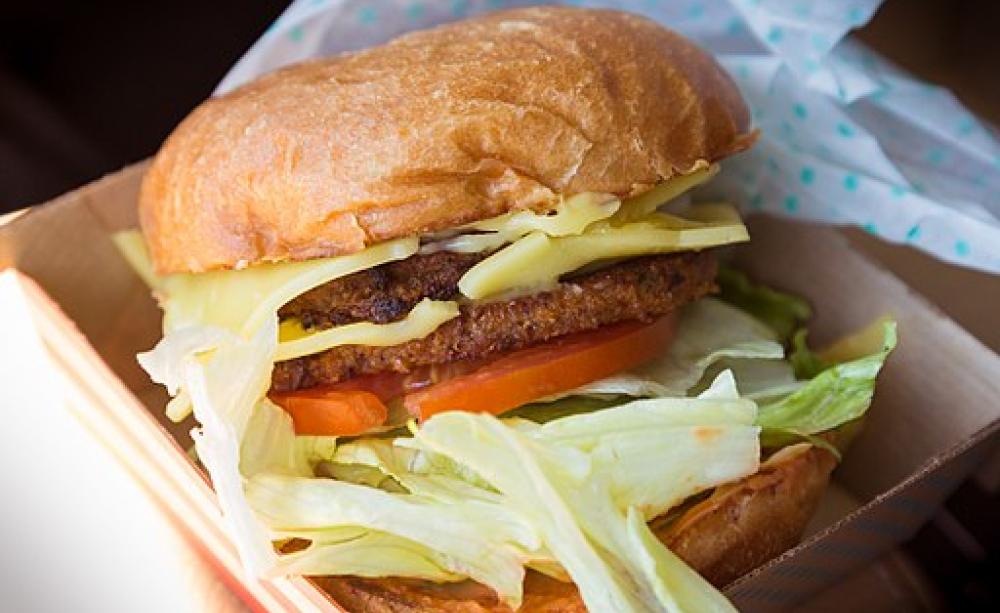 Commons wikimedia
What is the true impact of the proposed ban on ‘meaty’ names for meat-free products?

Plant-based diets should be encouraged as a way to minimise our impact on the planet and its inhabitants in the face of growing concerns about climate change.

The European Union was asked to ban labels like ‘veggie burger’ and ‘vegan sausage’ for meat-free products earlier this year. Many thought, amid Brexit chaos, that that was a strangely banal thing to be discussing.

The amusing suggestion to exclude commonly used, conventional names has been called undemocratic, confusing, unnecessary, anti-innovation and etymologically unsound (‘sausage’ means ‘seasoned with salt’, nothing to do with any meat).

Headlines from “Veggie disc anyone? Europe plans to ban ‘veggie burger’ ” to “Europe heroically defends itself against veggie burgers” swept through the UK press, with journalists siding with animal welfare organisations protesting the suggested measures.

The proposals are motivated by the economical concerns of the meat industry rather than the alleged customer confusion about buying meat-free products, the evidence of which we are still waiting to see.

Despite the amusing aspect of this story, there would be some serious consequences if by some miracle these ludicrous plans are implemented, as excessive administrative burdens would be caused to all public entities as this environmentally-friendly lifestyle is being attacked.

The Vegan Society has been campaigning in this area and has highlighted the proposals would not only impact vegans, but also public authorities that currently serve vegan food, such as government departments, health providers, education establishments, police forces and prisons.

The charity has legally challenged the plans in a formal letter to EU officials, signed by its CEO and prepared by a legal expert, on the grounds of breaching fundamental human rights of vegans that are set out by the Union.

The letter states the proposed measures contravene the EU consumers’ right to be informed adequately as to how goods can be used and denies the vegan community the benefits offered by EU law on clear labelling.

It adds that as consumers are increasingly moving away from eating animals, the meat, dairy and egg industries are feeling threatened and desperately trying to restrict the marketing of vegan products.

The 14-page letter includes an appendix with over 100 examples of plant-based food descriptors being used in the public and private sectors, suggesting many institutions would be affected.

Public authorities are obliged to provide plant-based food to vegans in their care as veganism is a protected philosophical belief under the Equality Act 2010.

Excessive amounts of time and money would have to be unnecessarily spent on revising menus in public sector institutions if the proposals are accepted.

The letter concludes that “the impact of this unreasonable and costly proposal should not be underestimated” as it is not in the public interest and, if implemented, would have a disproportional impact across society by affecting the normal daily functioning of all public and private entities that provide food.

European food labelling laws state that “food information should … enable consumers to identify and make appropriate use of food”, therefore the use of ‘meaty’ names informs the consumer how the plant-based products can be cooked and used.

Alternative vocabulary put forward such as ‘vegetable disc’ or ‘veggie tube’ does not constitute clear food labelling under EU consumer law because such terms do not describe or facilitate ease of interpretation, nor make it easy to perceive the food item in question.

While this proposal has caused a smile on many faces, when we look into it deeper we can clearly see the desperation of the animal agriculture industries to stop the exponential growth of veganism and the overall plummeting consumption of meat, dairy and eggs.

In the face of growing concerns about climate change and deteriorating public health issues, plant-based diets should be encouraged as a way to minimise our impact on the planet and its inhabitants, instead of hindering the increased interest in ethical living.

Dominika Piasecka is media and PR officer at The Vegan Society and a keen vegan activist. If you care about the environment and want to learn about how veganism benefits it, take our seven-day planet-saving pledge here.