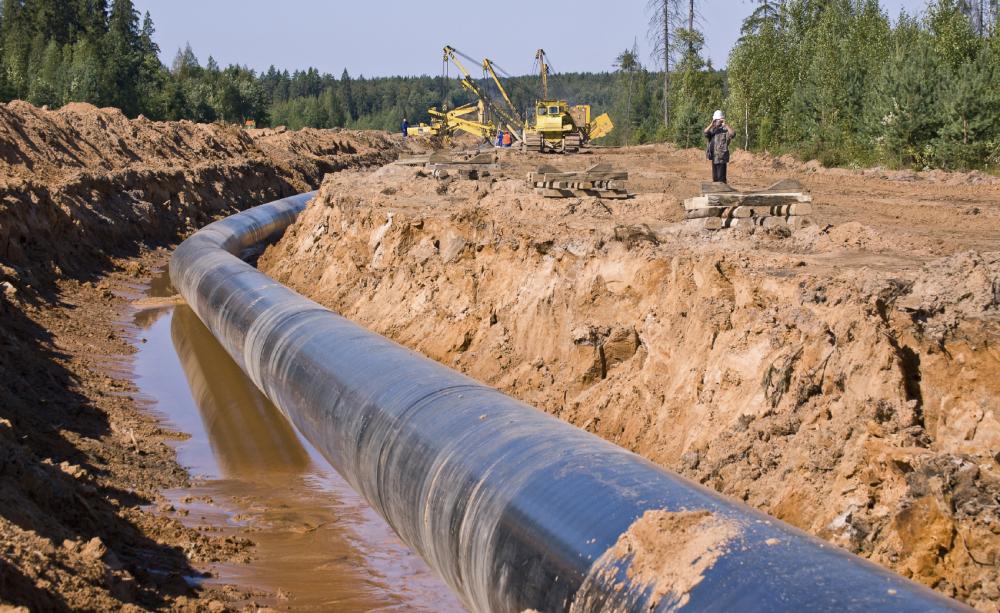 Denmark - a longstanding defender of European energy security and the climate - has issued a green light to the construction of the contentious Nord Stream 2 gas pipeline in its exclusive economic zone.

European institutions reaffirmed their ambition to be leaders in the fight against climate change this past September, setting the target of climate neutrality by 2050. But remarks by incoming energy commissioner Kadri Simson had already highlighted one of the major threats to the EU’s green credentials: its embrace of natural gas as a “bridge” to renewable energy.

Now, with Denmark’s go-ahead, the EU is set to greatly expand its gas consumption for the long haul. Not only is the Nord Stream 2 from Russia to Germany set to open imminently, but plans also exist to double the volume of US gas imports by 2023.

Methane emitted by natural gas consumption is over 80 times more potent as a greenhouse gas compared to carbon dioxide. So can the EU hope to maintain its environmentally conscious pretensions while at the same time consuming an ever greater quantity of natural gas from irresponsible methane emitters?

Ever since Germany’s chancellor Angela Merkel confirmed natural gas as the bridge fossil fuel of choice to cover the potential energy gaps created by her country’s energy transition policy - which aimed to shut down German nuclear capacity in quick succession after the Fukushima disaster - it was clear that Gazprom would further expand its domination of Europe’s gas market.

The first Nord Stream pipeline, which launched in 2006, has been supplying Germany directly with Russian gas since 2012; Nord Stream 2 will now double the amount of gas that can be carried along that route.

After the completion of Nord Stream 1, predictions of increased gas use have already come to fruition.

Imported gas reached an all-time high of 77.9 percent in 2018, with 15 member states even reporting a 90 percent import dependency to meet their needs.

Historically, Russia has been the key supplier of natural gas to the bloc, given its proximity and its status as the largest natural gas producer in the world.

Gazprom currently supplies more than one third of gas to EU member states, a market share it hopes to secure with its new pipeline project.

Now, however, competition for the EU’s gas order is in fierce play. Not only have the Americans beaten Russia for the gold medal in global gas production following its shale gas revolution, but their efforts to overcome the technical challenges of transporting gas across the Atlantic are proving successful.

Thanks to the construction of terminals in the EU to process American liquified natural gas, or LNG, US exporters were able to direct 24 percent of their product in October 2018 to EU markets – a 14 percent increase on the previous year. This trend expected to speed up as more terminals come online.

Natural gas is not a green solution

While the EU is once again becoming the epicentre of US-Russian competition, the bigger picture is being ignored.

According to a recent Cornell University study, the production of natural gas – either by conventional methods or the hydraulic fracturing which produces shale gas –  has become the latest threat to efforts to reduce emissions and tackle climate change.

While it's marketed as a cleaner fuel, every step of the process emits methane, a much more potent greenhouse gas than CO2. As the study makes abundantly clear, methane is the “second most important greenhouse gas behind carbon dioxide’’, although it impacts the climate in a different way.

Whereas methane stays in the atmosphere for up to twelve years, CO2 emissions can last for centuries. During those twelve years, however, methane’s potency is 84 times the rate of CO2, meaning its contribution to global warming is dozens of time greater than carbon dioxide over the short term.

Methane leaks are part of all gas processing stages from extracting to storing to burning, and are a disturbing reality of this supposedly “cleaner” fossil fuel. The true extent of leaks is consistently and grossly misreported, even in the US. It therefore stands to reason that the true volume of Russian’s “notoriously leaky Gazprom production system” is certain to be substantially worse.

Even based on official data, Gazprom  is already regarded as one of the main government-owned companies responsible for greenhouse gas emissions, partly because Russia sticks to outdated practices like oil and gas flaring.

Following the success of the shale gas industry in the USA, large reserves of shale gas were identified in Europe, leading gas companies to push hard to develop the industry on the continent.

Poland, for example, was once seen as the potential home of the gold rush of European shale gas. In November 2014, majors including Chevron, Exxon Mobil and Total cumulatively maintained 67 ongoing drilling explorations. By January 2015, however, most companies had withdrawn.

Failed attempts by the industry’s drillers to kickstart Europe’s limited gas production were replicated in Romania, Hungry and the Czech Republic. All were put down thanks to a combination of obstacles that included legislative restrictions, public opposition, geological complications, and falling oil prices. These factors ultimately forced the energy companies driving European fracking to conclude the ventures were an ineffective use of resources.

But rather than taking this as a warning and abandoning natural gas altogether, EU leaders have opted instead for the next worse option, making the EU dependent on Russian and American exporters whose emissions records, environmental regulations, and future production plans are worse for climate change than what the EU would allow within its own borders.

Louise Montgomery is a freelance writer on environmental and climate change affairs. She previously worked as a legal consultant on pesticides law in Vietnam and as a policy official for the Scottish Government relating to marine legislation. She holds an LLM in Global Environment and Climate Change Law from the University of Edinburgh.