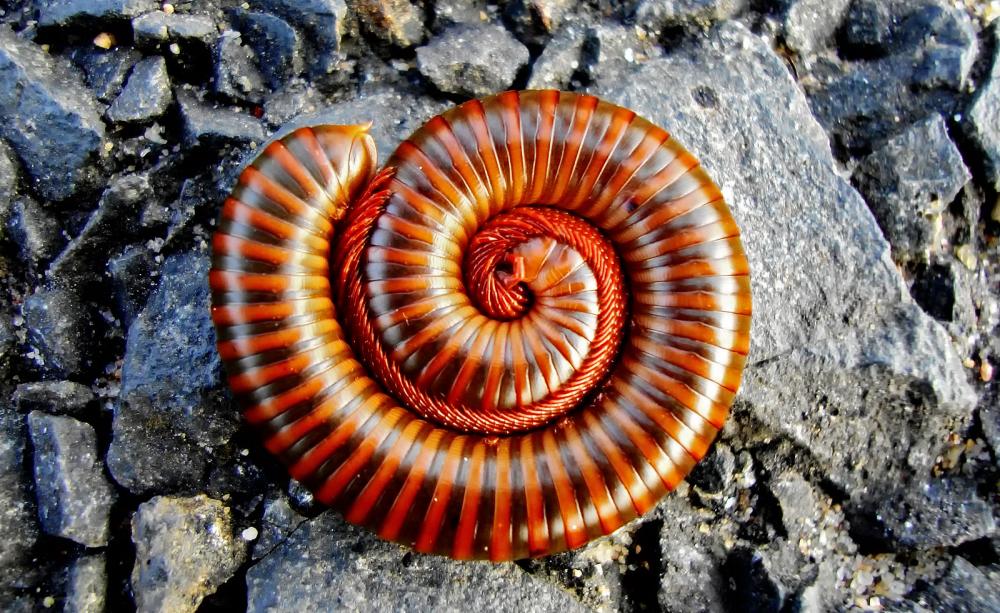 Fungi and invertebrates on the forest floors are attenuating climate change and saving the planet.

Climate change is having a devastating impact on the planet, despite Trump’s bizarre intimations that the recent cold weather in North America is proof that global warming is welcome to “come back.”

Climate change is not weather from day to day, but a macro-pattern of temperatures - such that the planet will continue to experience winter for some time even if the record high temperatures in the year 2000 had twice as many record highs than lows as compared to fifty years earlier. The reality is that, according to the UNEP (United Nations Environment Programme), the planet is deteriorating more quickly than any counter-measures can undo the damage - despite the world's recycling programmes, refill-designed packaging (also called “looping”),  and the hazards of dental waste being addressed within the field of dentistry.

One person in Australia responded to Trump's tweet: “It’s 122 degrees in Australia right now you freaking idiot. Fish are washing up dead on the beaches from the heat.”

The earth’s responses to climate change are heartbreaking. Hundreds of thousands of fish have been killed in New South Wales, and the prolonged dry periods are resulting in poorer water quality Australia, potentially ushering forth a health and sanitation crisis.

While many advances in green energy have been made just to the north in Brisbane, the region’s export economy is still dependent upon coal. Jump further south to Tasmania and the forest fires there are ravaging the island with the recent phenomenon of dry lightning storms in the south-west where the rainforest and grass plains have been steadily vanishing since 2000.

Paradoxically, the very forests which are being destroyed are the very sites where climate change could otherwise be prevented.

For instance, we already know that mycelium underneath the ground - an expansive network of underground threads which is often called the “Internet of fungus” - plays a huge role in maintaining a healthy ecosystem underneath vast tracts of land and forests, balancing and communicating between the roots of various plants.

But what came to light more recently is even more compelling from an ecological standpoint: termites have been discovered to help forests survive climate change.

An entomologist at the University of York, Hannah Griffiths, has been working in the Maliau forest in Borneo and maintains  that these termites function as “ecological insurance,” explaining how they protect the forest from the stresses of climate change as these creatures have the ability to chew fallen leaves and dead wood.

By  keeping the fallen flora in check, these creatures are recycling the nutrients of this dead material back into the soil to be used again by other flora and fauna while also preserving certain conditions of moisture on the forest floor, thus mitigating the effects of draught.

Their work shows how an invertebrate group enhances ecosystem resistance to drought, providing evidence that the dual stressors of climate change and anthropogenic shifts in biotic communities will have various negative consequences for the maintenance of rainforest ecosystems.

This study shows how termites effectively attenuate climate change. Still, termites are not the only insurance plan against global warming and are joined by any number of invertebrate decomposers such as beetles and their larvae, flies and maggots (the larvae of flies), woodlice, fungi, slime moulds, bacteria, slugs, snails, millipedes, springtails, and earthworms, among many other small insects which populate forest floors around the planet.

The banana slug of the Pacific Northwest also breaks down complex plant matter into basic components in the forest floor that can further advance within the ecosystem while keeping.

In the Amazon rainforest the numbers of forest floor decomposers are many:  ants, earthworms, millipedes, and many species of termites, with many species still left to be documented.

There is good reason to be worried about the planet today—from politicians who obliquely refuse to accept the science on climate change to the albedo effect, whereby the effect of melting glaciers means that less sunlight is reflected from the planet, resulting in more absorbed sunlight, thus increased warming of the planet.

The fact that the invertebrates of the forest floors are saving the planet one crunchy leaf at a time might mean that the age-old insult of calling another person “spineless,” might soon become a compliment. Let’s celebrate these tiny creatures and figure out ways we can learn from them in combatting the planet’s ecological demise.

Julian Vigo is an independent scholar, filmmaker and activist who specialises in anthropology, technology, and political philosophy. Her latest book is Earthquake in Haiti: The Pornography of Poverty and the Politics of Development (2015). You can follow her on Twitter at @lubelluledotcom.