Collaboration between farmers and vegans 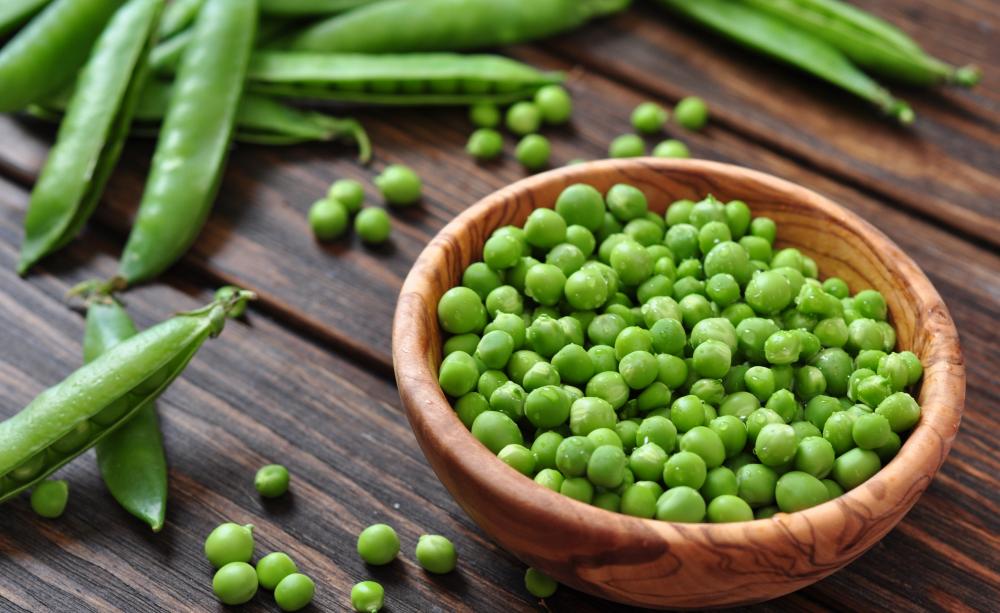 Peas - part of the solution

The Vegan Society does not want conflict with farmers. We are keen to collaborate and advocate for policies that help farmers transition to a more sustainable and kinder system

Picture the scene: a cold January evening and we have just arrived at a small village hall in Staffordshire. It is packed with a hundred angry, jostling farmers bearing pitchforks and glaring at my colleague and I, who are sitting on the stage trembling. We volunteered to take part in Blymhill Agricultural Discussion Group’s debate on veganism, and the intensity is sinking in.

I am guilty of more than a little bit of hyperbole here. The audience were not angry and there were no pitchforks in sight.

This is just how I imagined the scene before I arrived, especially with recent news stories of animosity between farmers and vegans. As It happens the debate was amicable, entertaining and enlightening.

We opened with our case that non-human animals have rights because they are sentient beings, just like us, that are capable of feeling pleasure and pain.

It follows that their interests should be considered when making decisions concerning them. Only in exceptional circumstances could you argue that it is in an animal’s interests to be killed, for example, if they are seriously ill or injured and in great pain.

The overwhelming majority of animals that are killed and used for food do not fall into this category, so being killed or used is not in their interests and violates their rights.

On the environment, our case drew upon a large quantity of scientific evidence that reveals the harm caused by the livestock industry. Animal agriculture is responsible for a significant amount of global deforestation, fresh water use, greenhouse gas emissions, water pollution and biodiversity loss.

Additionally, animal agriculture takes up far more land than plant-based products require and is very inefficient as from every 100 calories fed to livestock, only 12 percent are retained in their food products, like meat, dairy and eggs.

Researchers at Oxford University conducted a study last year which concluded that eating a vegan diet is the single biggest way to reduce your environmental impact on the Earth – this is more than reducing the amount of flights you take or switching to an electric vehicle.

On health we explained that the NHS and the British Dietetic Association (BDA) confirm that you can get everything your body needs from a vegan diet and that it is suitable for all ages. Diet-related ill health costs the NHS a staggering £5.8 bn annually and the UK is on average well short of meeting the recommended 5 portions of fruit and vegetables a day.

Vegan diets typically contain more fruit and vegetables, making it easier to hit this target, whilst also containing plenty of fibre. Some research also indicates that vegans have lower blood pressure and cholesterol, and lower instances of heart disease, type 2 diabetes and some types of cancer.

Despite this powerful evidence, our other panellists didn’t agree. Their case was expressed by a local NFU official and a veterinary surgeon, focusing on the essential nature of animal farming for health and cultural reasons.

As per the NHS and BDA’s statements, it is clear that animal products are not essential for human health. It is harder to refute cultural attachments to animal farming, however, just because something has been happening for a long time does not mean that it should continue. What is considered acceptable changes over time; for example, slavery, women’s right to vote and child labour.

The audience’s questions revealed a desire to know more about veganism and the consequences arising from the current shift in dietary choices.

The Vegan Society does not want conflict with farmers. We are keen to collaborate and advocate for policies that help farmers transition to a more sustainable and kinder system. It is the system that is at fault, not individual farmers, who are just trying to make a living like everyone else.

We don’t want farmers to lose their jobs, their farm or to move away from the areas their families have lived in for generations, but rather to transition away from animal agriculture. Consumer demand for plant-based food is rising rapidly which presents an opportunity for British farmers and we want to see them benefit.

Our Grow Green campaign calls for a package of policies designed to make this transition easier and reduce the risk that farmers take when seeking to change.

We want to see greater education around the environmental and economic benefits of plant protein production. Pulses like beans, peas and other protein crops take nitrogen from the air and store it in their roots, ensuring soil quality does not diminish.

Our campaign also calls for subsidies to be directed more towards protein crops than their animal alternatives; designated funding for market research and development; the use of climate finance to support rewilding for land that cannot be used for plant-based food production; and a package of support for farmers transitioning away from animal agriculture.

All of these issues and more will be discussed at the inaugural Grow Green Conference on 11 April at The British Library, London, exploring the potential challenges of the shift towards farming more plants and looking at the environmental, public health and animal benefits.

Speakers from across agricultural, academic and food policy areas will discuss how we can meet climate change targets and adapt food production to mirror consumer demands. Ecologist readers can benefit from a 10 percent discount on the delegate rate by using code GROW10.

Jay Wilde, from the BAFTA-winning documentary 73 Cows, will also be sharing his experiences. Jay gave his livestock to an animal sanctuary with help from The Vegan Society and is now building infrastructure on his land to produce organic vegetables with hopes to open a vegan bed and breakfast as well.

More and more farmers are contacting us saying they want to do the same. Things are changing and to be effective we all need to work together.

Whilst it is doubtful that many of the audience will have changed their minds following Blymhill Agricultural Discussion Group’s event, I am optimistic that everyone will have left with the knowledge that vegans and farmers can engage meaningfully on these issues. This gives me hope for a successful, peaceful transition to a more sustainable and kinder agricultural system.

To find out more about the inaugural Grow Green conference visit the website, and use discount code GROW10 to book your ticket.