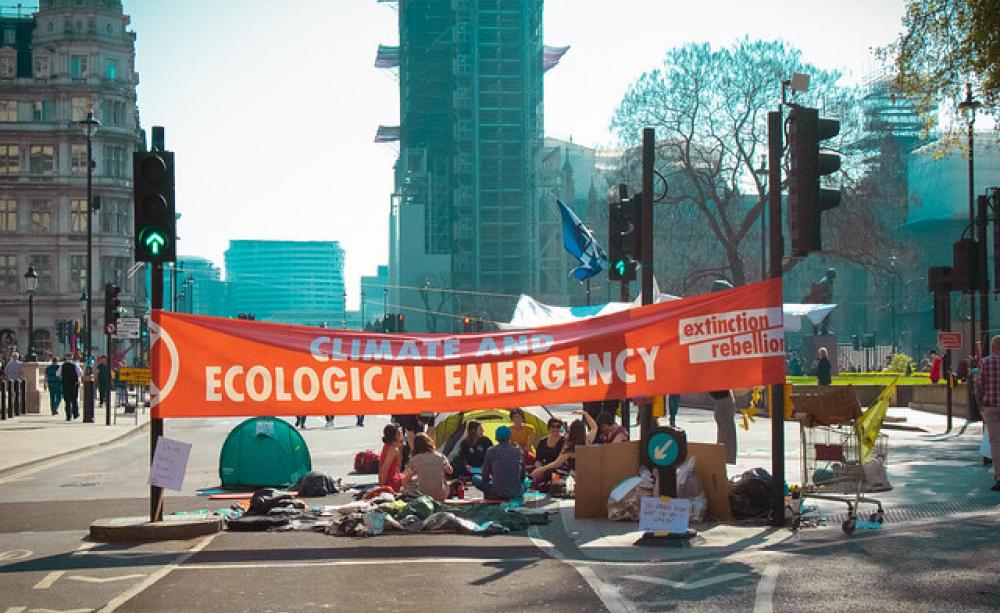 Climate activists Extinction Rebellion (XR) is urging supporters to sign up to action in five UK cities over the summer which will be “as large, if not larger” than its April protests in the capital.

Action will take place in Bristol, Cardiff, Glasgow, Leeds and London from 15 July. Each site will see different action, for a different amount of time, but all will demand that the government acts immediately to halt biodiversity loss and reduce greenhouse gas emissions to net zero by 2025, XR said.

In June, the government signed a target to bring the UK economy to net zero by 2050 into law, following analysis by its advisors, the Committee on Climate Change, that the previous target of an 80% reduction could be beaten.

The new action follows protests by the group in April, which bought parts of London to a standstill and led to Parliament declaring a climate emergency.

But an email from the organisation states that despite this, national and local governments were still not acting with the seriousness or urgency required. “Instead, they are making weak commitments, encouraging ecologically damaging projects and taxing sustainable alternatives.

“Britain’s own food security is at risk whilst marginalised communities within the UK are already paying the consequences and widespread water shortages, famine, extreme weather and conflicts caused by dwindling resources are becoming commonplace in the Global South,” it continued.

The summer action has been codenamed “project mushroom”. “Just as mushrooms spread their spores, we want to show the UK Government how we are growing and spreading after our London Rebellion,” the organisation stated.

XR is also planning to protest outside the French embassy in London on Friday, following use of pepper spray by the French police against its protestors in Paris last week.

Catherine Early is a freelance environmental journalist and chief reporter for the Ecologist. She can be found tweeting at @Cat_Early76. To find out more about the summer action, click here.