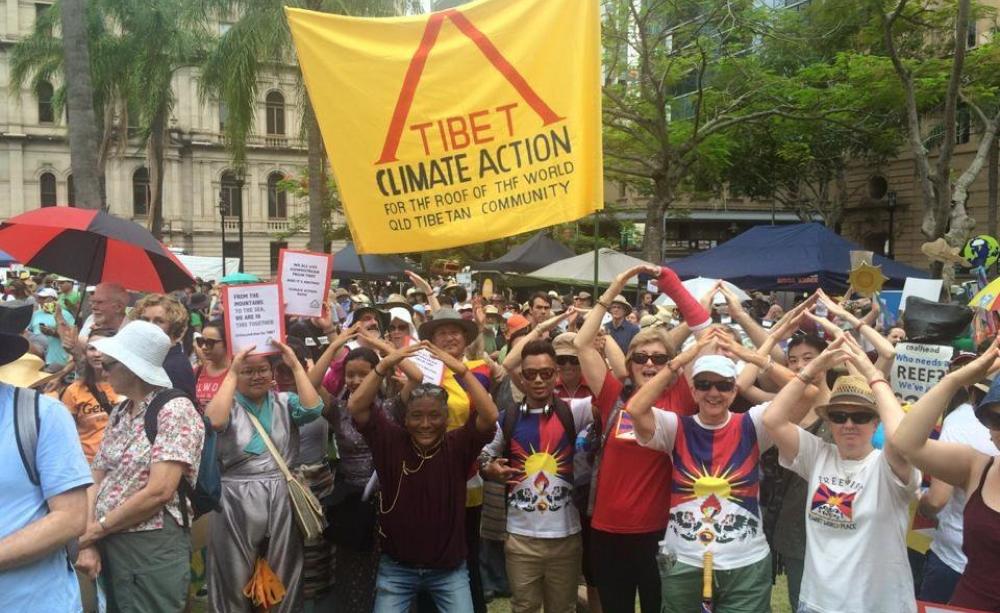 Planet Experts
The Tibetan Plateau, or 'third pole', is the forgotten part of the climate crisis conversation.

By some calculations, the planet has twelve years left. By other calculations, just seven years left. And according to Prince Charles, we have just eighteen months left. What's at stake here is how long we have before climate crisis is irreversible.

China and India have not indicated any leanings to join in, as both nations are sitting on economies that depend on copious numbers of coal-fired power-plants. Neither nation has any intention of weaning-off coal. Both nations mention vague figures like reducing coal consumption by 2030 - far too late.

Lying between the world’s most populous nations, China and India, sits Tibet—an occupied region, under China’s iron-fisted rule since 1950. Tibet is the forgotten part of the climate crisis conversation.

There is a lot of press about Arctic melting and Antarctic melting, but precious little about meltdown at ‘the Third Pole’, meaning the Tibetan Plateau.

This vast region does what the other two poles cannot—it supplies a dozen nations downstream with freshwater. In fact, the rivers sourced in Tibet supply freshwater to over 1.5 billion people downstream–which represents a fifth of the entire global population.

Tibet sits on the largest area of permafrost outside of the Arctic and Antarctic–and that is rapidly thawing too, which could release large amounts of methane–a greenhouse gas that is 30 times more potent than CO2. Tibet’s vast swathes of grassland are highly effective carbon sinks–and these grasslands are under attack from rampant Chinese mining ventures–which have accelerated since the arrival of the train in Lhasa in 2006. This has led to encroaching desert taking over grasslands.

China and India have groundwater supplies, but these have been tapped to the point where precious little remains.

The other 50 percent of meltdown could be due to the rain of black soot on the Himalayas, from both sides—from the Chinese side and the Indian side.

Black Soot, aka Black Carbon, is not a greenhouse gas, it is a rain of minute particles from the burning of fossil fuels like coal, wood, and from sources like diesel engines. Minute black particles, the PM2.5 particles, are highly hazardous to human health because they can get into the lungs—and stay there. Deadly for humans–and deadly for glaciers.

Glaciers are adversely affected by the same particles, whether PM2.5 or PM10 versions. Black soot lands on the glaciers and stays there—which then attracts the sun. The ice and snow of glaciers reflect the sun, but the black particles absorb the sun, leading to more rapid meltdown.

Black soot is a totally solvable issue. If the burning of fossil fuels in both China and India were to stop, black soot would disappear. Improved cookstoves, for instance, can greatly reduce the impact of billions of people in China and India using wood, charcoal and coal for cooking.

But neither China nor India has taken any substantial steps to even reduce the output of black carbon from coal-fired power plants—despite both nations making pledges at the 2015 Paris Climate Agreement.

On this basis alone, it is time to declare a Climate Emergency in Tibet. China has never participated in any mass demonstrations targeting the Climate Crisis, such as those sweeping Europe via school strikes for global action and Extinction Rebellion.

India has participated in such protest, with a number of NGOs involved. But a lot more needs to be done to galvanize politicians and leaders into action to solve the issue of meltdown in Tibet.

Otherwise, the planet faces a stark choice: our very survival is at stake. Across Asia, disasters like flooding and cyclones are becoming more frequent, resulting in hundreds of thousands of climate refugees on the move.

What happens in Tibet is much more than an Asian problem: it will have major impact for the entire planet. We no longer have the luxury of procrastination: the time to act is now.

Michael Buckley is author of Meltdown in Tibet and the digital photobook Tibet, Disrupted. He has long researched environment issues in the Himalayan region.