'No jobs on a dead planet' 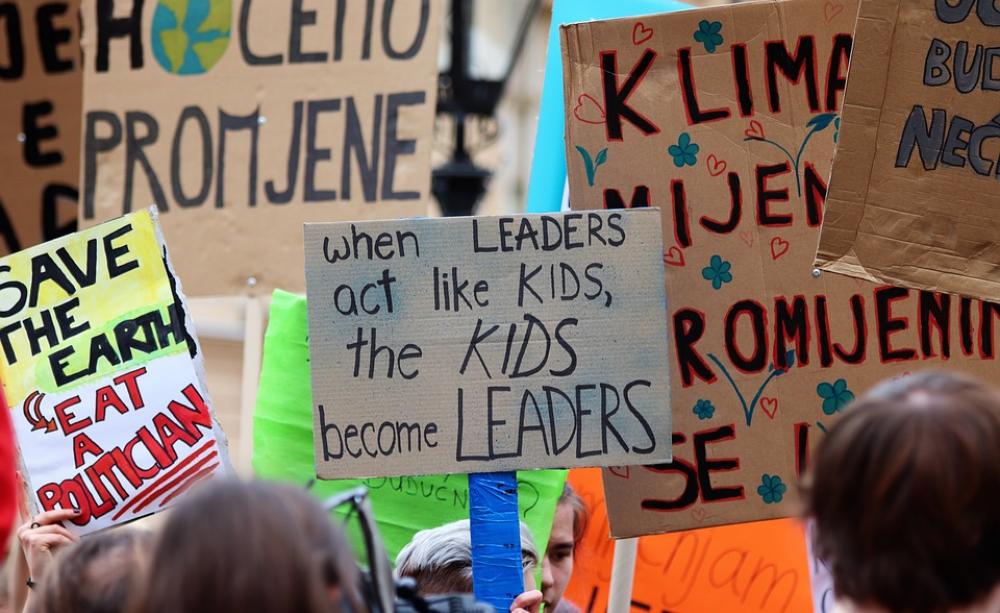 Pixabay
UK Student Climate Network aims to mobilise the largest ever global climate strike, with children and workers side by side.

The YouthStrike4Climate day of action in July saw over 50 demonstrations take place around the UK - but that's not the end.

Read 'Strike before the planet gets hot' here.

As the United Nations Climate Summit in New York (23  September) approaches, the UK Student Climate Network (UKSCN) has called the strike to support the global movement, generating hundreds of demonstrations which will take place across the country.

The UK mobilisation, called by the UK Student Climate Network and Earth Strike UK already has the support of a number of organisations including Greenpeace UK, The Climate Coalition and Friends of the Earth England, Wales & Northern Ireland.

Plans include additional actions in the following seven days after the strike, making up the "Week for Future and Climate Justice".

The Week for Future and Climate Justice will be punctuated by a variety of climate-related direct actions and activities around the world, highlighting the devastating impacts of climate and ecological breakdown that are being felt the world-over.

The state of global climate emergency is now undeniable. Immediate action is desperately needed by political and business leaders. Ian Hodson, National President of the Bakers’, Food & Allied Workers Union, warned: “There are no jobs on a dead planet”

Craig Bennett, CEO of Friends of the Earth (England, Wales & Northern Ireland), said: “Jobs that don’t wreck the planet, clean air, even having a future to look forward to at all are not big things for young people to ask. But this generation is fighting for these basic things because they have been failed so far by government.

“We won’t be able to look younger people in the eye if we don’t join them now. Government can just about make up for lost time if it rapidly legislates to start fixing things, and solutions to the climate crisis are for the good of everyone.

"Let’s not forget that some younger people in other parts of the word are already facing climate breakdown so for these reasons, we’re proud to support the week of climate action."

Noga Levy-Rapoport, from the UK Student Climate Network, said: "We need meaningful action, underpinned by social, economic and climate justice that recognises the UKs historical responsibility in the unfolding crisis.

"We’re calling for a Green New Deal to meet the scale of the problem with the speed and ambition it requires. We’re demanding change, and we’re demanding it now."

Brendan Montague is editor of The Ecologist. This article is based on a press release from UKCN.