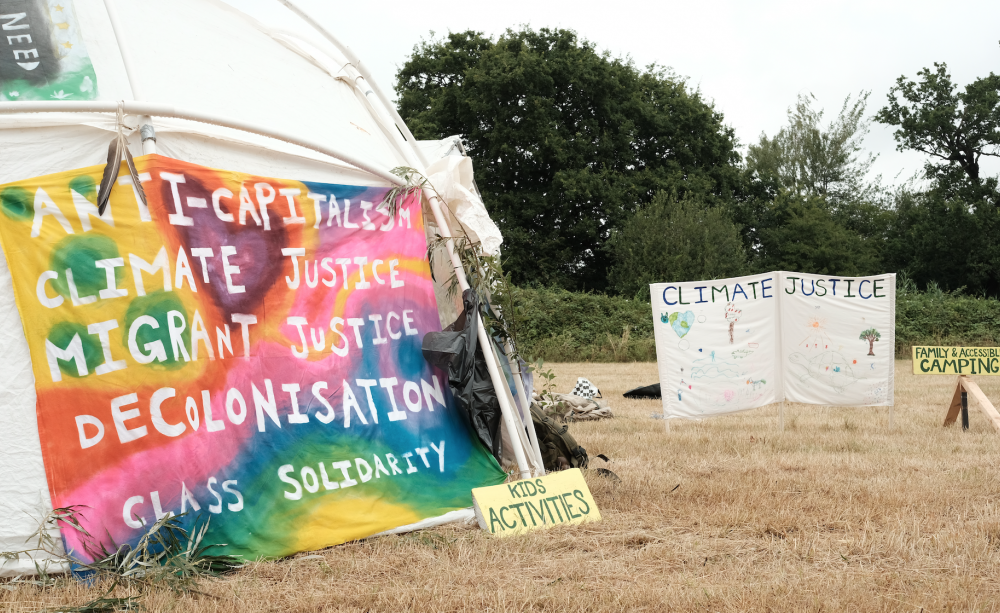 The fight to build a better, happier, safer world must include open borders.

A good friend told me that however hopeless things feel we have to keep fighting, even if there is just one chance in a million of preventing runaway climate breakdown. I’ve known him since 2008, when we camped next door to one another at a planned coal-fired power station. I agree - but it is not just climate breakdown that we are fighting.

The climate crisis is not a one-off event - it's incremental, bit by bit. When scientists estimate how many lives will be lost for each degree of warming, each tonne of CO2, they are also telling us how many lives can be saved by each gas power station shut down for a day, each year of no fracking on the Fylde, each million more vegans, each country phasing out coal, each airport runway not built.

Not only that, but they tell us how many children will have a chance of playing and laughing, how many people can grow old without roasting or freezing, how many homes can be spared forest fires or floods.  It’s the difference between gunfire and music, between hunger and plenty, between concentration camps and camps like Power Beyond Borders organised by Reclaim the Powert his month.

In Western Europe, the people who know this best are those who have fled from the South or the East, people who can teach all of us about survival and resistance. For those of us who have grown up expecting a life of relative safety, comfort and possibilities, the present is beyond our experience and the future is a land without maps.

Sometimes we comfort ourselves that the little we can do by not eating meat or not flying or setting up an energy co-op will save the world from catastrophe - if everyone does it. This is very unlikely, but every little helps and every bigger victory, every successful confrontation with the forces destroying the world, every step towards the unity of our own forces helps much more.

If fighting the climate apocalypse means saving lives, then part of our perspective must be open borders. To the degree that the powers of finance and fossil fuel capital allow themselves brains and hearts and plans, their vision must be that they will preserve some bastions of comfort for themselves and their families, some enclave in a temperate zone – northern Scotland? – where they can continue to drink champagne, in mansions air-conditioned with the help of precious metals extracted by slave labour in tropical heat.

Maybe some of them will be disabused of this notion by their children. But in the meantime, an essential part of the movement against climate apocalypse is the fight against their dream – and the reality – of a fortress Europe, because that fortress is an integral part of the apocalypse.

Ruth London is an experienced campaigner on climate and energy justice. She works with Fuel Poverty Action.

Power Beyond Borders is a mass action camp fighting for climate and migrant justice.