Fear and self-loathing in the Anthropocene 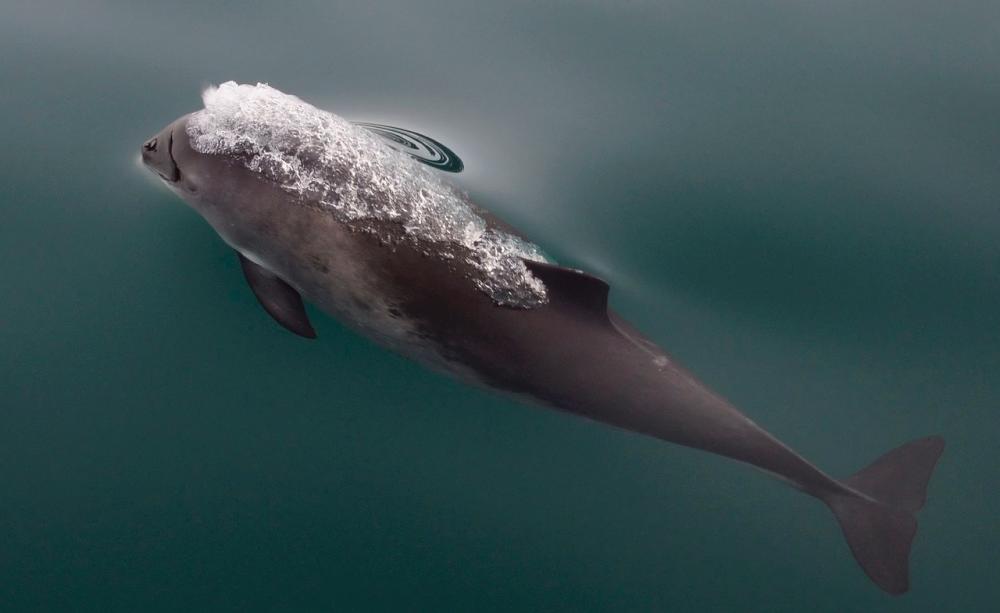 Max Pixel
The first in a new series on biodiversity conservation offers a radical perspective on ecological crisis.

I can still remember the moment when my ecological fear awoke. A freshly-drowned harbour porpoise fell out of the gill net into my embrace with the weight and muscular fluidity of a deep-sleeping toddler.

I set about the science first - turning it over to measure its length, to fix a numbered tag to its flukes, to record its gender and guesstimate its age. I ticked off my tasks with the pretence of objectivity whilst its blowhole oozed with a yellow froth as its drowned lungs emptied onto my hands and across its shining skin.

I wiped the evidence away and looked up at the grief-stricken fisherman leaning out of the wheelhouse window above me. Science appeased, I lowered the porpoise over the stern and watched with growing sadness as this little spy-hopping corpse slipped out of the boat’s wake into the chopping waters of the Atlantic, and finally disappeared into the seascape.

Sadness was momentarily replaced by anger before that too was pushed to one side by a feeling of absolute, uncontrollable and questioning fear: what have we become? How did we become thus? And how do we get out of this mess?

Twenty-five years on my fear still remains, and my own nautical big reveal for what we’re now describing as the Anthropocene still haunts and drives me on.

Two main things have changed in that quarter century though. First, the situation has grown worse.

The ecological rift that I stared into on that traumatic day in the Celtic Sea has grown despite the valiant efforts of many of us - and we now find ourselves teetering on the brink of a Sixth Mass Extinction event.

Second, I have come to realise that the problem with my questions was my use of the word ‘we’.

Fear is, on the whole, a pretty healthy reaction to the scale and intensity of this ecocidal moment in history. It is the reaction to fear and its basis in knowledge or ignorance that is crucial.

Fear itself comes in two categories. There is motivational fear that is derived from knowledge, discovery or revealed truth – the kind that motives school children to march through the streets to highlight climate change.

Or there is the paralyzing kind of fear that comes from ignorance, naivety or falsehood – the kind that feeds self-loathing misanthropy and the Malthusian imagery of humanity-as-plague.

Fear of the Anthropocene contains elements of both and this contradiction needs to be worked out if we’re to feel any pride for (or even survive) this geological shift.

The concept behind the Anthropocene - humanity carrying a geological footprint - is not new.

In the late nineteenth century, Friedrich Engels, in his strangely neglected and wonderfully unfinished book The Dialectics of Nature, pointed out that:

“Man alone has succeeded in impressing his stamp on nature, not only by shifting plant and animal species from one place to another, but also by so altering the aspect and climate of his dwelling place, and even the animals and plants themselves, that the consequences of his activity can disappear only with the general extinction of the terrestrial globe”

For all of the debates amongst geologists over the start date of the Anthropocene – the 1950s, 1750 or 1492 – it will appear in deep time as an episode that arises simultaneously with our speciation, a geological blink of a few million years.

The crucial question is not when it arose, but how it did so, and in what ways might it develop or end.

Identifying a geological shift by the collective actions of one species leads to a temptation to generalise from our evolved biology, from our apehood-ancestral origins.

But that road towards biological determinism is fraught with danger, cynicism and fatalism. Prisoners of our biology we may be to some degree but humanity requires a more nuanced critique if we are to understand and adapt our geological expression.

The biologist Richard Lewontin’s eloquence helps: “Biology is not physics, because organisms are such complex physical objects, and sociology is not biology, because human societies are made by self-conscious organisms”.

And the truism outlined by the neuroscientist V. S. Ramachandran hammers the point home nicely: “Humanity transcends apehood to the same degree by which life transcends mundane physics or chemistry”.

The character of our geological/ecological footprint, then, is set by our social form and the societal changes that have developed through human history.

Societal formation – at every spatial level from the household to the global – is what nature wraps itself around without prejudice.

This is what human ecology entails with its history and potential for our positive or negative interrelationship with biodiversity.

This is why the character of the Anthropocene depends on whether we can reject and move on from this most ecologically dysfunctional phase of human history – neoliberal capitalism.

Rephrasing the questions I asked myself on that trawler 25 years ago demanded a radical perspective on our ecological crisis, but the updated questions are fairer on humanity in the round and less paralysing: What has our social system made us become? How do those who shape our society produce environmental degradation, and fool us into blaming all humanity or even our biology for their ecological sins?

What future relationship can we strike with life on earth once we have found the courage and means to move on to a historically viable, post-capitalist, society?

Through the lens of biodiversity conservation – that vital field where we are knowingly or unknowingly striving to create a more convivial Anthropocene – I’ll be using these columns over the coming year to explore debates and options for the ecological road ahead.

The critical need to look forward into the Anthropocene, to embrace its positive potential, and to aim for meaningful sustainability, is highlighted by Barry Lopez in his first major work since the wonderful Arctic Dreams was published a generation ago:

“However it might be viewed, the throttled Earth – the scalped, the mined, the industrially farmed, the drilled, polluted and suctioned land, endlessly manipulated for development and profit – is now our home.

"We know its wounds. We have come to accept them. And we ask, many of us, what will the next step be?”

Ian Rappel is a conservation ecologist. He is also a member of the Beyond Extinction Economics (BEE) network.