Voices on the road

Bethan John
A controversial new road is tearing through the most biodiverse place in Peru’s Amazon rainforest, bringing conflict and destruction. For one indigenous group, desperate for change, it also brings hope.

A new road will reach the native community of Diamante this summer. It is a day that the indigenous Yine people have been praying for.

The national government’s long awaited approval of this road marks the end of a three year battle between the community and environmentalists.

Surrounded by thick jungle, Diamante sits between two protected areas: Amarakaeri Communal Reserve and Manu National Park, the world’s top biodiversity hotspot. To reach the community, bulldozers are carving a way between these two reserves, opening the rainforest up to further illegal logging.

The road is predicted to cause over 40,000 hectares of deforestation: an area equivalent to the combined size of Edinburgh and Glasgow.

It will threaten the survival of indigenous people living in isolation and endangered wildlife found nowhere else on Earth.

The road will also bring an increase in cocaine trafficking, deepening the humanitarian abuses that are already rife throughout the Madre de Dios region.

So, why have Manu’s communities been campaigning for the road so fearlessly? 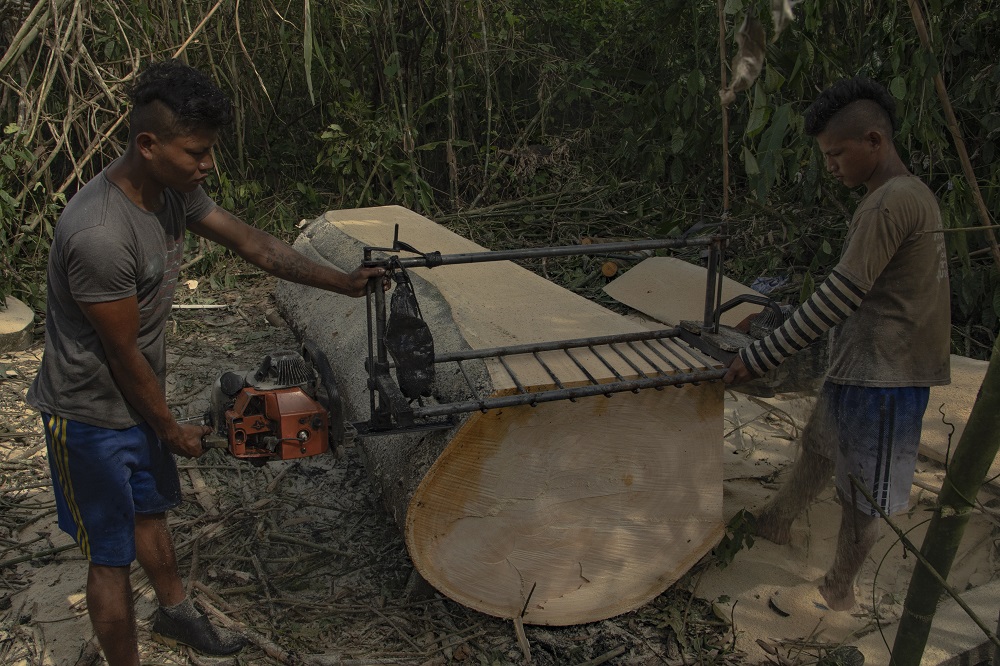 Edgar Morales Gomez, the district mayor, said: “The road will bring water, communication, internet - so many things. Only with the road can we change our life. We cannot in another way because, in the end, we live forgotten by the state.”

The community feel that their basic human rights are not being met: access to a good education, well-equipped medical centres, and clean running water.

Miryam Lupaca Medina, a primary school teacher from Diamante, explained: “In primary I taught two children who have already left their studies. They only live with their grandparents and they can’t cover all their needs. So they have finished studying in order to go and look for money.” 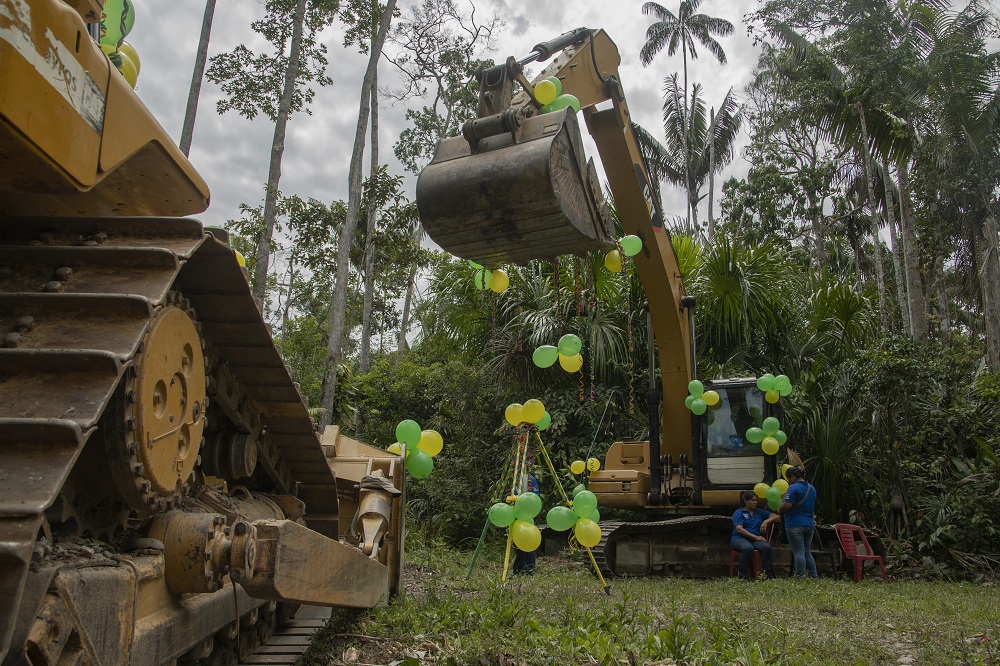 On 15 November 2018, the community of Diamante celebrated the approval of their new road. In the middle of the jungle, bulldozers were decorated with balloons, Latin pop music blared from speakers, and drinks were handed around.

The crowd listened attentively to a rousing speech made by Luis Otsuka Salazar, the former regional governor: “Here I see this poverty that disgusts me, that outrageous me.

“Other countries - of the Americans, the Japanese, the English, of all of the Europeans - how do they live? And how do our children live? Because you cannot knock down a tree here? You can’t open this road here?”

He added: “Fight for your children to have a quality of life, to live with dignity and pride to be Peruvian.”

The bulldozers moved in. The Amazonian trees fell.

This controversial extension of Manu Road is part of its steady advancement through the Biosphere Reserve since the 1950s.

Poor farmers from the Andes were encouraged to populate Manu; these ‘colonists’ were offered cheap land by the state to exploit the Amazon’s untapped natural resources. As a UNESCO World Heritage Site, Manu Biosphere Reserve should be protected. In reality, illegal logging is rampant and uncontrolled.

Once the trees are logged, the land is burnt and a monoculture of banana crops are grown, with the heavy use of pesticides. The soils are nutrient-poor and before long crops fail and the barren plot is abandoned. A new area must be logged and the agricultural frontier progresses deeper into untouched jungle.

Encouraged to become farmers, indigenous communities were promised that they too would prosper from agriculture as the road advanced. This has failed to happen.

Mateo Augusto Mavite, leader of the native community of Shipetiari, who have had road access for over three years, said: “Farming still isn’t commercial. We have to have a market.” 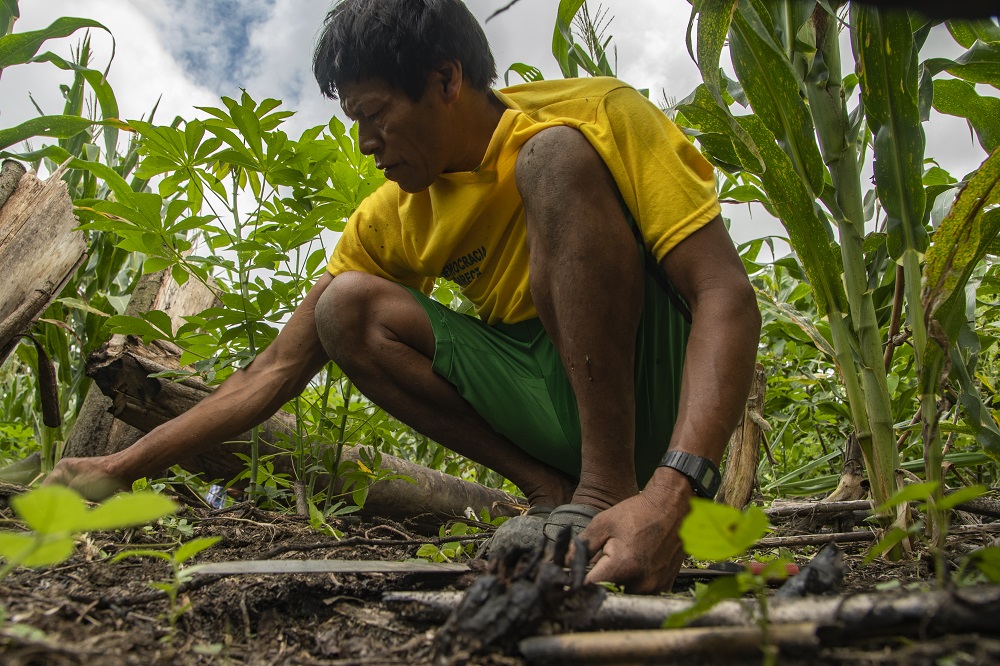 Despite this, the community of Diamante - an hour’s boat ride downriver - still believe the promises made by charismatic politicians.

Gloria Palma Mormontoi, community leader of Diamante, said: “When it arrives we will be able to leave with our produce. It’s going to create economic movement - with a little of that we can sustain a family.”

The community of Shintuya are still struggling to make a living through farming, even a 50-year-old  road connection. Miguel Visse said: “There is almost a permanent market, but we sell to intermediaries, which is difficult.”

Often refusing to pay a fair price, intermediaries control the market and make it unprofitable. Miguel added: “Because the price is low sometimes we are forced to work with timber, with extracting trees.” 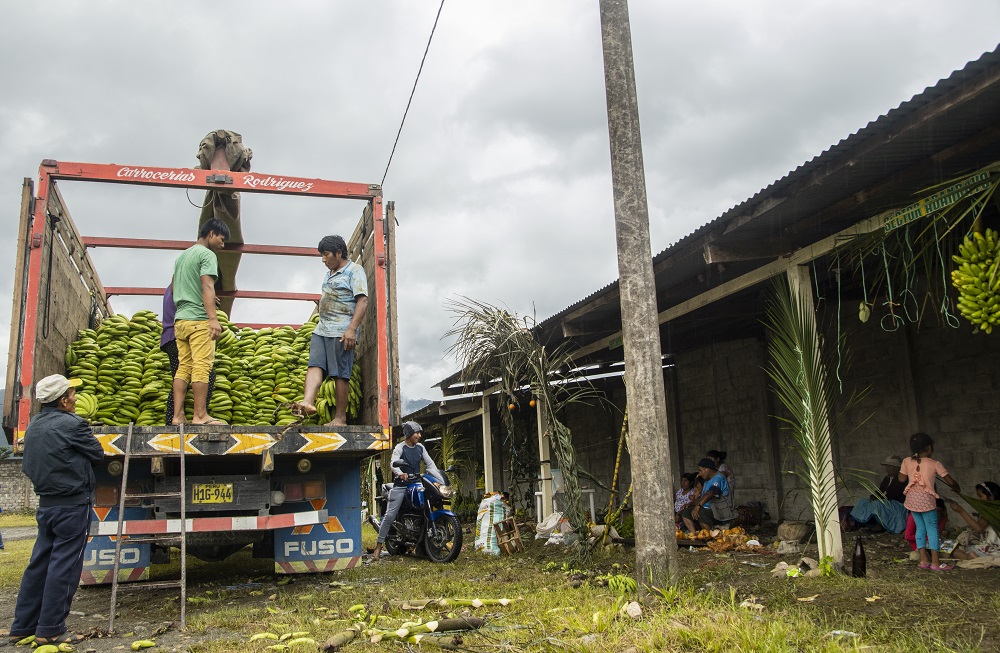 Forced to continue logging to make a living, Shintuya are still waiting for the better life promised through road connection.

Victoria Corisepa said: "The road has been here 50 years and we have not seen a good benefit. In fact, we are losing our customs so the community is trying to rescue our culture, our identity, our respect.”

People in Diamante still fear losing their culture and territory, despite being pro-road. Eduardo Pancho Pizarro said: “People from Diamante don’t know how to benefit. But colonist people - woooh! - they really know how to.”

Due to their desperate economic situation the community are already selling timber and logging rights to colonists at an unsustainably low price. 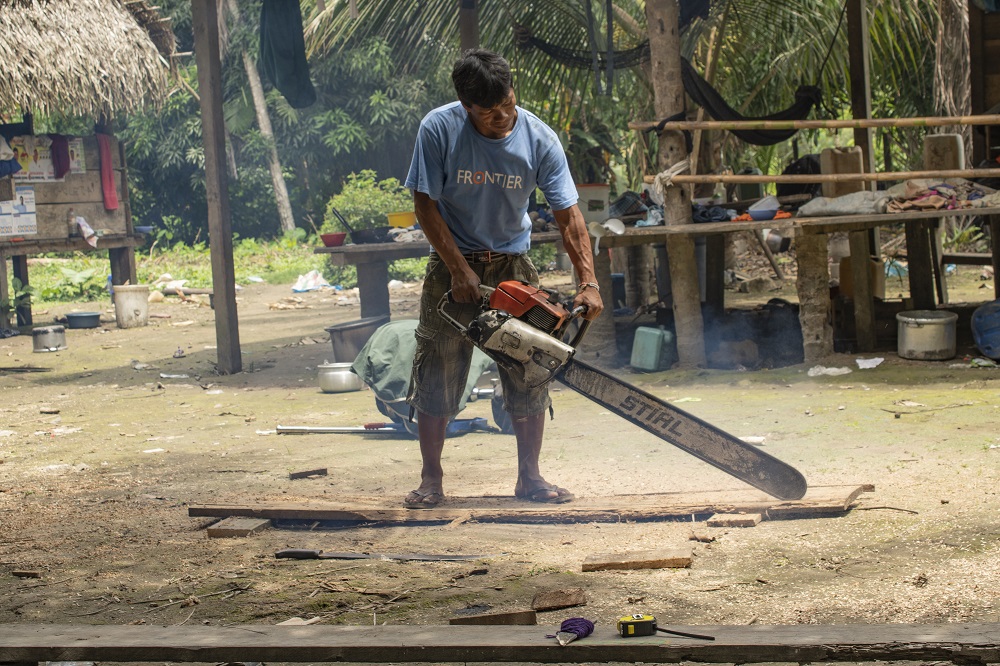 The road has failed to improve the livelihoods and living standards of indigenous communities in Manu because empowering local people has never been its true intention.

During Otsuka's speech, it became clear why he wanted the road: “In this sub-soil there are millions of dollars.

"The other day I was talking to Petroperú and [they said ...] this is where the main concentration of gas is passing.” In Peruvian law, it is illegal to build a road to explore for oil or gas. This road has a long history of skirting the thin line of legality and Otsuka is shrouded in controversy.

Before being elected as governor, Otsuka was president of the Mining Federation of Madre de Dios (Fedemin). In the Madre de Dios region, 90 percent of the gold mining is illegal and is a hotbed of modern day slavery, especially the trafficking of women and girls into sex work. The final destination of the new road is the epicentre of illegal gold mining. 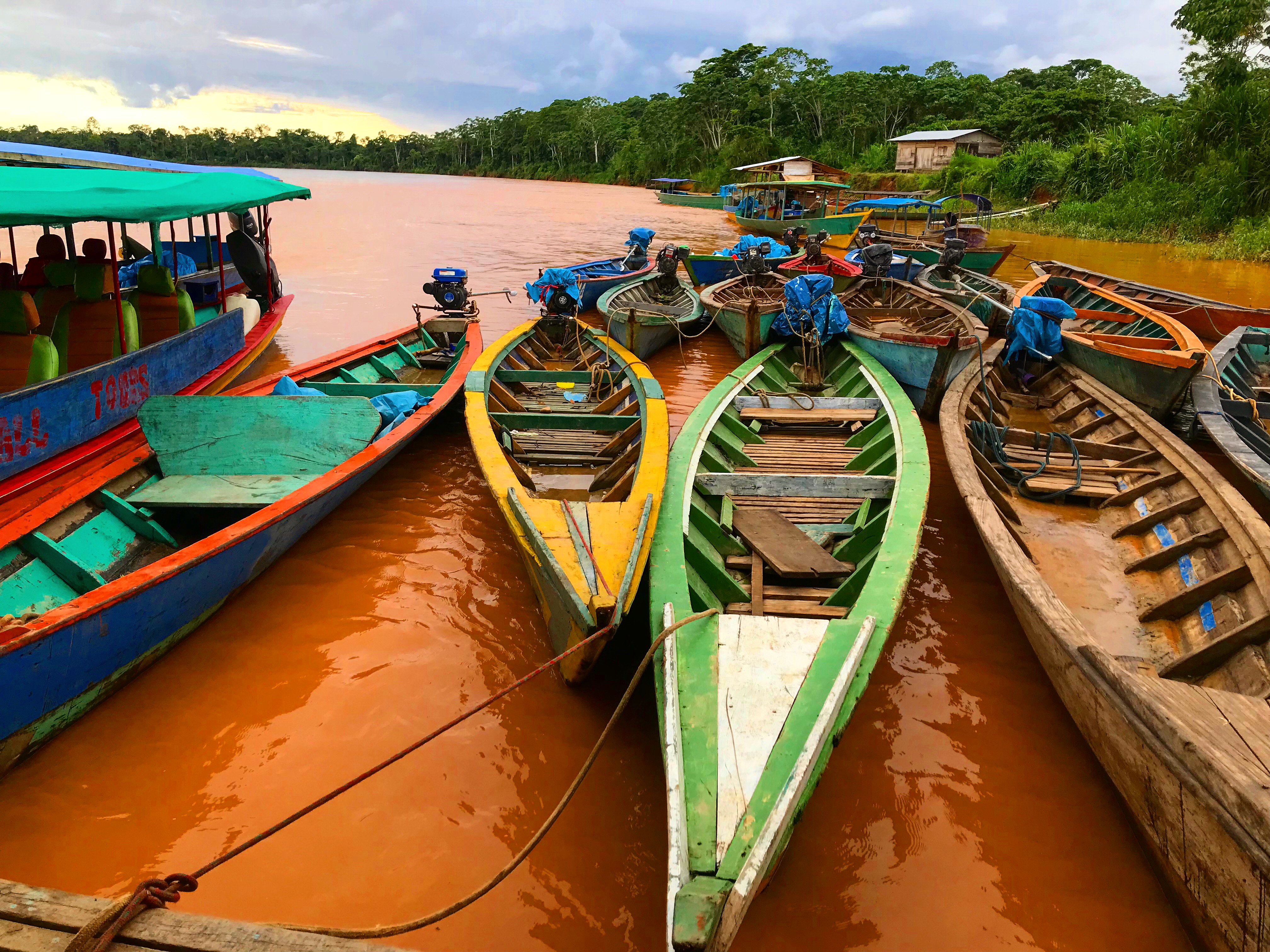 Although the full extension of this road has yet to be approved, campaigners are confident. Morales said:  “It’ll be easier because there’s no-one preventing it. What has prevented us here is Manu National Park and Amarakaeri Communal Reserve; we are breaking the heart. That is why it has been a lot of trouble. Down there, it’s not the same.”

The road has penetrated the heart of Manu and now its advancement appears unstoppable. Not only does it threaten the region’s natural and cultural heritage, it also brings an increase in drug trafficking.

Many colonists who settled in Manu, initially to log and farm, later turn to coca as an alternative cash crop due to a lack of economic options. Although in general decline nationwide, coca production in the Madre de Dios region has increased by 52 percent.

In Diamante, people fear that they will get caught up in drug trafficking. Waldir Gomez Zorrillo said: “They could make us accomplices. The army, when they catch you, they catch you innocently because they think you’re working. They blame us. It’s us who pay.” 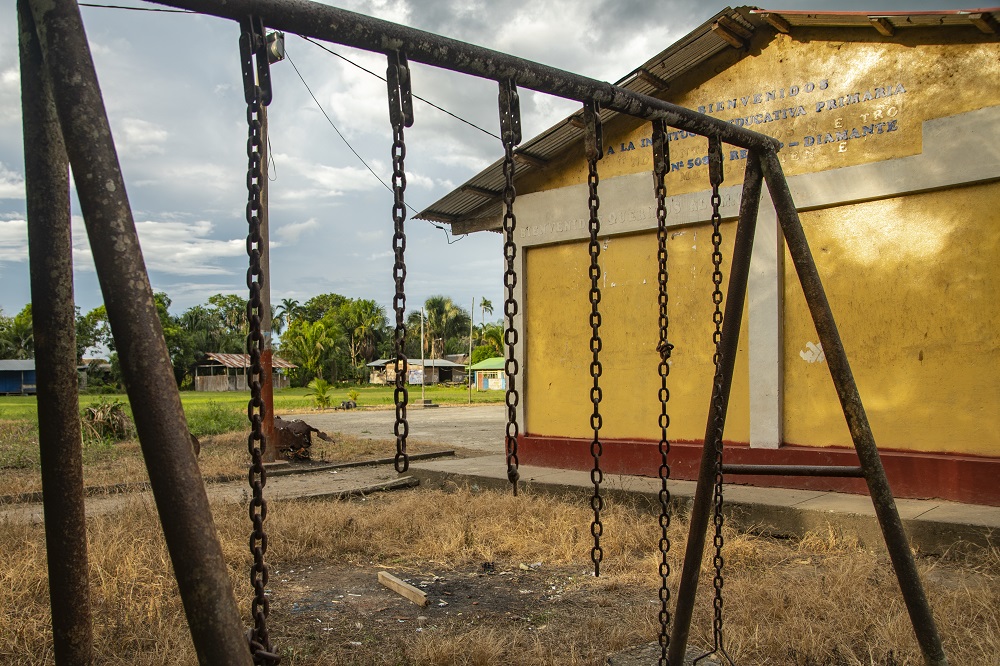 Despite this, Diamante is willing to overlook all the threats posed by the road; they are desperate for change and believe there is no other way to improve their lives.

For decades, indigenous communities in Manu have been promised a road and over generations it has become a deeply entrenched symbol of hope.

Researcher Eduardo Salazar Moreira said: “There has been a lot of time for these ideas and these aspirations to change, to evolve. They go deep inside the minds of people. They are totally legitimate necessities and expectations [...] The issue comes when people hope that the road will bring them all this.”

Under the guise of empowerment, indigenous people’s desperation has been used by corrupt politicians who profit from the black market economy.

Oscar Guadalupe Zevallos, director of human rights organisation Asociación Huarayo, said: “We have a state that doesn’t worry about the employment of people. They play with people’s natural desire; they sell us roads, but they don’t sell us development. 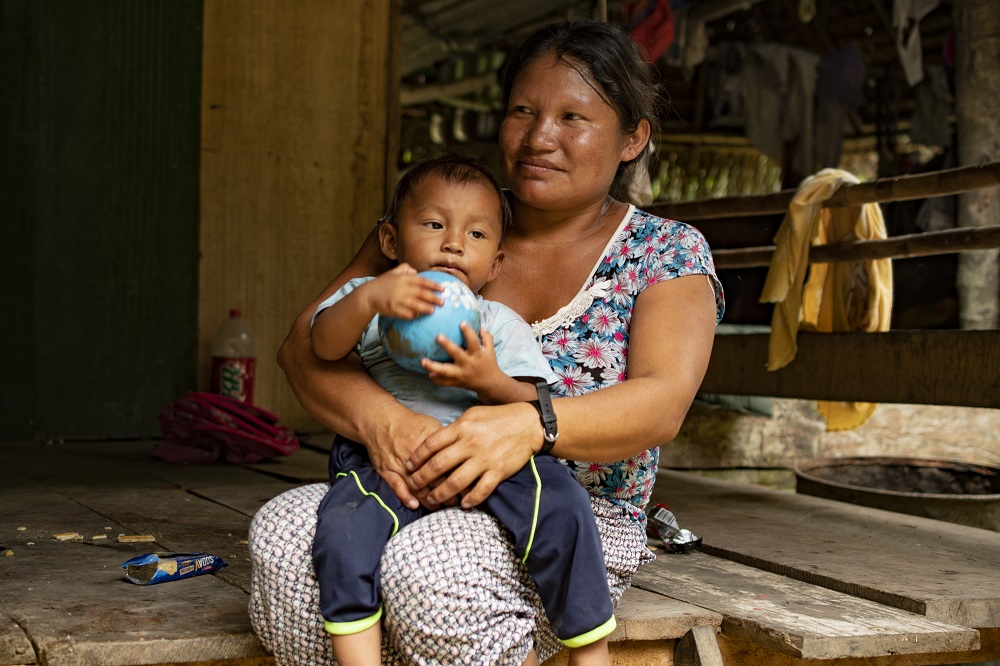 The Peruvian government has green-lighted the construction of numerous new roads across this Amazon region, declaring them to be“a national priority”.

The most major of these roads is predicted to cause 680,000 hectares of deforestation in primary rainforest – an area the size of the country of Samoa.

Based on the experiences of people in Manu, the roads will bring environmental and cultural devastation, with little to no improvement in livelihoods or living standards.

Guadalupe asked: “Development for what? For who? This is the question we are constantly asking ourselves.

"We are going to witness families destroyed. Natural resources destroyed. The world destroyed. This will not just have a local impact, this is going to have an impact in other parts of the planet. That is our concern.”

Bethan John is a freelance multimedia journalist and team member of a film expedition that journeyed to Manu at the end of 2018. They are producing a documentary to give a voice to indigenous communities, which will launch this summer. Follow the story as it unfolds.