Bearing the burden of climate breakdown 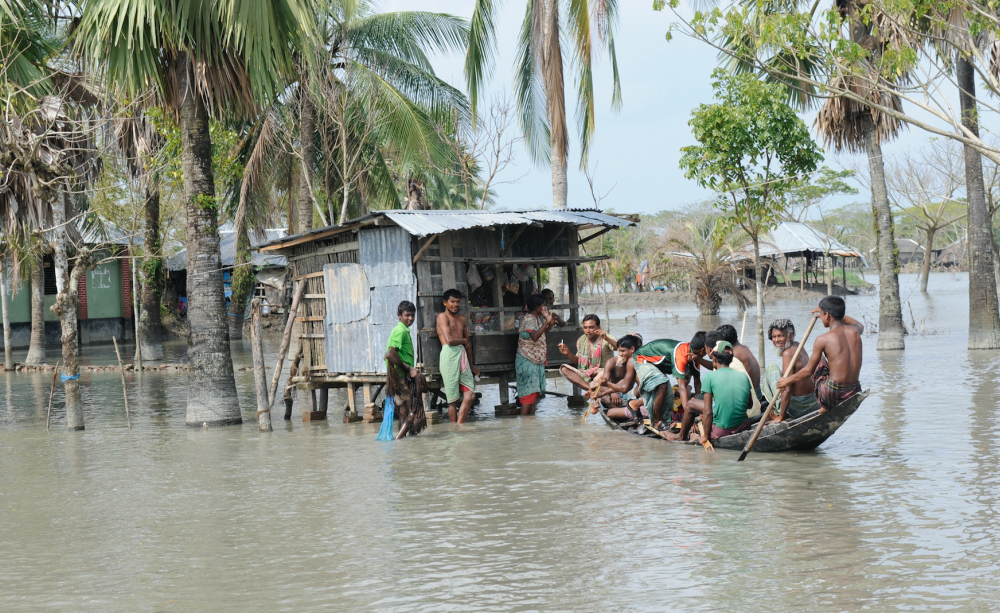 Rural families in Bangladesh, many of whom live in poverty, are spending an average of almost two billion US Dollars (158 billion taka) a year ― US$79 (6,608 taka) a year per family ― on addressing the impacts of climate change, a new report reveals.

This is twice as much as the government and nearly 12 times the amount Bangladesh receives in multilateral international climate financing in absolute terms, according to the latest data.

The report - Bearing the Climate Burden - is the first report to measure household spending on climate change in any country compared to public climate finance.

Rural households receive an estimated total of 154 million dollars a year in international climate and disaster finance ― or 6.42 dollars (533 taka) for each rural household per year.

The research found female-headed households spend three times more money as a share of their income than households headed by men, evidence that addressing the impacts of climate change is more of a priority for women.

As a result, households living in poverty are diverting money away from basic necessities including food, education and health in order to repair damage to their homes and replace animals or destroyed crops. Or on such defensive measures as raising their houses above flood levels.

This is causing climate disaster-affected households to borrow from informal sources at high interest rates pushing them deeper into poverty.

It is vital for more climate finance to be directed to the local level. This is crucial for developing countries to be able to achieve the Paris Agreement’s targets and for keeping temperature rise below 1.5 °C above pre-industrial levels. Low-cost loans from formal financial institutions and microfinance NGOs also need to be more widely available.

It is important that local people are included in designing programmes to tackle climate change and address its impacts to ensure their priorities are met. And to make sure that female-headed households are given the extra support they need.

Andrew Norton, Director of the International Institute for Environment and Development (IIED), said: “This research reveals an alarming imbalance. It is unacceptable that the poorest people are shouldering the burden of spending for adapting to climate change in Bangladesh.

"Far too little support is being directed to the women, children and men who are living on the frontline of climate change. Much more needs to be done to make sure more public climate finance reaches the people who need it most.”

Previous IIED research shows that less than one dollar in every ten of international climate finance is being committed to the local level.

As a result, local priorities and the flexibility to respond both to rapidly changing needs and new opportunities are not being met.

This will make it significantly harder for developing countries to implement the Paris Agreement and meet the United Nations' Sustainable Development Goals.

The majority of Bangladesh’s population (65 percent) lives in rural areas. The country is one of the most vulnerable to climate change and extreme weather events and is one of the poorest countries in the world.

Marianne Brooker is The Ecologist's content editor. This article is based on a press release from the International Institute for Environment and Development.