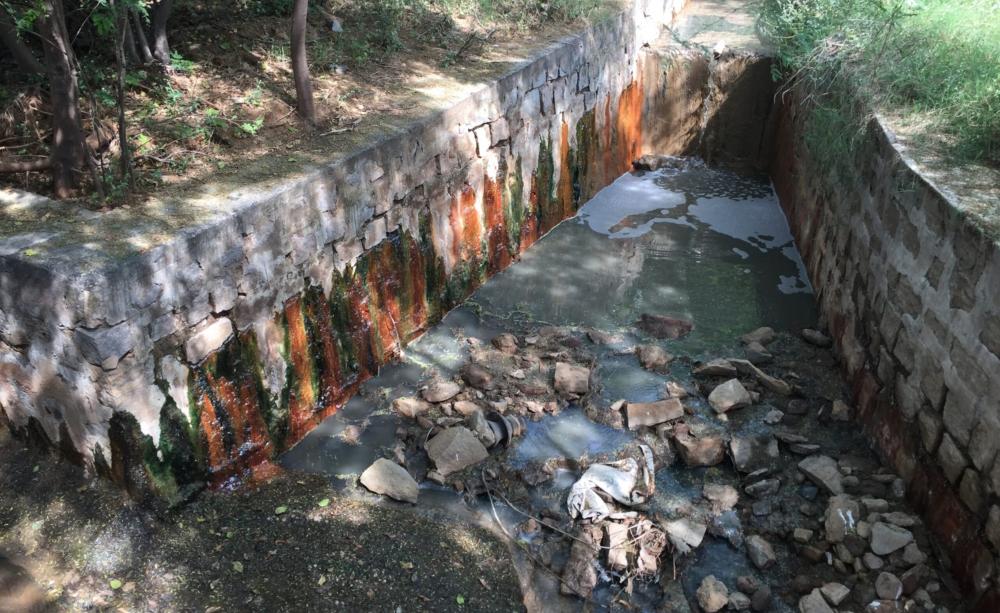 It is outrageous that the pharmaceutical industry is attempting to use the current Covid-19 crisis to weaken the draft rules for drug manufacturing sites.

India’s powerful pharmaceutical industry is attempting to weaken a ground-breaking law proposed to tackle pollution linked to the production of antibiotics, leaked documents obtained by the Bureau of Investigative Journalism reveal.

Most of the world’s antibiotics are made in factories in India and China. Over the past decade, numerous studies have shown that these facilities leak waste containing antibiotic residue and drug-resistant bacteria into the environment. This pollution, experts warn, fuels the spread of so-called superbugs, micro-organisms that are resistant to antibiotics.

In January this year the Indian government published a draft bill to introduce its first limits on the concentration of antibiotics that can be discharged into rivers and the surrounding environment. The bill came after several investigations by the Bureau and Changing Markets and campaigning by the Centre for Science and Environment in New Delhi and the Stockholm International Water Institute.

Yet in a series of submissions to the government, the Indian Drug Manufacturers Association (IDMA) – which represents leading pharmaceutical companies – has attempted to push back on the proposed regulations. Specifically, it has argued that the strict limits on pollution should instead be targets, and that large numbers of factories should be exempted from the rules.

The government consultation on the proposed legislation – which sets out limits for 121 common antibiotics – closed in March. The law is due to come into effect in the next few months.

The IDMA has lobbied both the Ministry of Environment, Forests and Climate Change and the Central Pollution Control Board. In a letter to the ministry, the association claimed that if the proposed environmental measures go ahead, the industry would face “untold miseries from litigations and harassment by the activist and regulator alike”.

It also said that the coronavirus pandemic offered a “huge potential for business opportunity” for the Indian pharmaceutical sector to “capture the markets that were hitherto dominated by China”.

Responding to the leaked documents, campaigners said that the Indian authorities must stand firm against the industry’s lobbying.

Nusa Urbancic, from Changing Markets, a UK-based campaign group focused on corporate malpractice, said: “It is outrageous that the pharmaceutical industry is attempting to use the current Covid-19 crisis to weaken the draft rules for drug manufacturing sites.

“Antimicrobial resistance is a ticking time bomb and numerous studies, including our own investigations, have shown that polluting pharmaceutical factories in India release significant quantities of untreated waste that contributes to the creation of deadly superbugs.”

In the leaked documents, the IDMA argues that pharmaceutical factories that operate zero-liquid-discharge (ZLD) systems should be exempt from legislation. This is because, they argue, all wastewater from ZLD plants is treated and recycled within the facilities. In other production systems, waste is frequently discharged into rivers.

It is outrageous that the pharmaceutical industry is attempting to use the current Covid-19 crisis to weaken the draft rules for drug manufacturing sites.

However, a report by Changing Markets claimed that some ZLD facilities did not always live up to their name. The report found “unwarranted manufacturing discharges” at numerous factories across Hyderabad, a major hub for pharmaceutical production where nearly 40 percent of plants were thought to be operating ZLD systems in 2017.

The report detailed how one company that had claimed to be a leader in ZLD had been accused of discharging waste into a lake downstream of its factory.

The IDMA letters also ask the government to weaken rules around the levels of antibiotic residues permitted in waste. The IDMA suggests that these should be considered targets, rather than absolute standards.

The association also complains that the permitted antibiotic levels the bill proposes are not based on targets proposed by the AMR Industry Alliance, a global private sector coalition set up to address antibiotic resistance. The Alliance published a set of targets in 2018.

The letter argues that the residue amounts that would be allowed by the Indian law are “arbitrarily” lower, “with no scientific rationale”. The IDMA suggests that deviating from the global industry approach would jeopardise the growth of India’s pharmaceuticals sector.

The limits set out in the bill would be much stricter than the Alliance’s targets, which measure antibiotic concentrations in the river where the waste is released, rather than in the actual discharge created during the manufacturing process. The Indian government would instead set limits on the waste itself, meaning that much lower concentrations of antibiotics would eventually be released.

The IDMA did not respond to a request for comment.

The Bureau has published a series of stories on drug manufacturers releasing antibiotic wastewater into the environment. In one paper exclusively revealed by the Bureau and the German TV channel NDR, concentrations of the antibiotic moxifloxacin found outside factories in Hyderabad were more than 10,000 times higher than the Indian government’s proposed new limit of 0.05 micrograms per litre.

The growth in superbugs is a significant threat to public health, both today and in the future. Nearly 60,000 newborns a year die from superbug infections in India. If antibiotic resistance keeps rising, people around the world could once again die from common infections.

Andrew Wasley is an award-winning investigative journalist specialising in food and farming issues. He is the co-founder of the ethical investigative agency Ecostorm and was editor of The Ecologist magazine between 2010 and 2012.

Alexandra Heal is an investigative reporter whose work for the Bureau on police-perpetrated domestic abuse has led to lawyers preparing an institutional "super-complaint" across England and Wales. She reports with Andrew Wasley on the impacts of global corporate agriculture for the Bureau's environment strand, notably Amazon deforestation.

This story was first published by the Bureau for Investigative Journalism.