Meat and pandemics: the surprising link 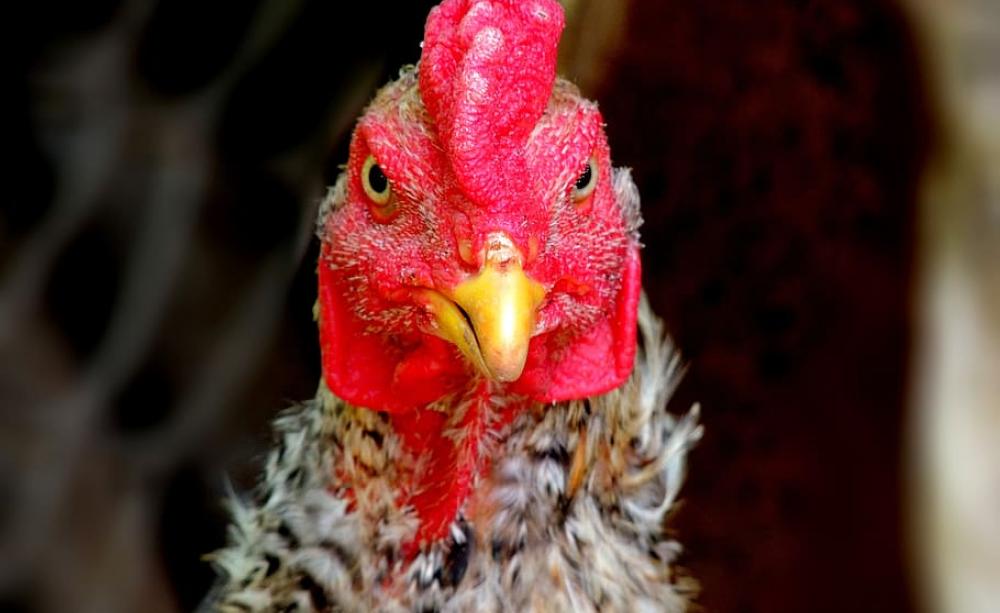 Piqsels
Meat is a threat to national security. Unless society notices, we won't prevent future pandemics.

We are inviting viruses to dinner.

How do we prevent future pandemics? This is the question on everyone's minds as lockdown is slowly lifted.

Society won’t grasp the answer until it faces up to an uncomfortable truth. We might love it dearly, but meat is a key factor in the origin of pandemics. Scientists have told us that meat from a Chinese wet market may have caused Covid-19 to jump to humans. Many of us accept this widely held explanation.

This is not an isolated case. Tracing the history of pandemics reveals a more sinister lesson, about meat production in general. The swine flu epidemic of 2009 killed up to 575,400 people in a year. The cause of its origin in humans? The international trade of pig meat between America and Eurasia, according to the US Center for Disease Control.

Most scientists believe that HIV reached humans via the practice of eating chimpanzees. And bird flu is strongly linked to the world’s favourite meat: chicken. The United Nations recently underlined the pattern: the pathogens that afflict humans often come from livestock and bushmeat.

And meat-borne pandemics may follow us in years to come. Or even sooner. Last week, research was published indicating that a new form of swine flu is circulating in farmed pigs. The researchers warn that the virus has "all the essential hallmarks" of a possible pandemic.

This week also brought bad news. Authorities have raised the alarm after Inner Mongolia saw a re-emergence of the bubonic plague. The new cases of this medieval menace have been linked to the consumption of marmot meat.

Here’s one reason why meat and pandemics are intertwined. According to the US Center for Disease Control, three in four new infectious diseases in humans come from our interactions with animals. And farming and eating animals is a major and risky source of interaction between humans and animals.

Humans eat animals in their tens of billions per year. In fact, 28 billion farmed animals populate the planet right now. This is especially risky, because in many farms animals are tightly packed in together in vast numbers and their genetic similarity, fostered through breeding practices, lowers barriers to the incubation of a fresh virus. We afford pathogens many opportunities to act as their hosts. We are inviting viruses to dinner.

While the link between pandemics and meat is well documented in the pages of scientific journals, it’s almost absent on the airwaves and from national conversation. In fact, in three ways the language we use is burying this crucial finding.

First, we refer to animals as the cause of pandemics, as if they are the responsible agents who might just have been more careful. We often use derogatory terms to pick out the offending creatures. We refer to “vermin” or “swine” flu. This encourages the attitude that animals are just unclean and we cannot be held responsible that they give us diseases.

Second, we use generalities and technical language. We are told that “contact with animals” is a risk factor, and that “zoonotic overspill” was the trigger of the pandemic. Even where eating meat is the type of contact in question, we often skirt around the issue that society might need to change.

Third, when meat is directly acknowledged as among the causes of pandemics, we in the West often palm this off onto eastern nations. Our supermarkets are painted as safe, in comparison to “curious” places described as “wet markets”.

Anthony Fauci, the leading US Government scientific advisor on Covid-19, said of wet meat markets: “It boggles my mind how when we have so many diseases that emanate out of that unusual human-animal interface, that we don’t just shut it down. I don’t know what else has to happen to get us to appreciate that… because what we’re going through right now, is a direct result of that”.

But the West plays with fire too. The West is the king of factory farming, and we know that industrial animal farming also poses a significant threat. The US is well-known for its giant feedlots.

Many think that Britain has the decency to reject this way of farming animal. But factory farming is on the rise in the UK, as documented by the Bureau for Investigative Journalism.

It now has around 800 mega-farms, defined as units with over 1,000 cows, 2,500 pigs or 125,000 chickens. The county of Herefordshire alone hosts over 16 million factory farmed animals: this is 88 times more than its human population.

So, if we Westerners want to shut down wet markets, we should also want to shut down factory farms. We just do not immediately consider this an option, because we are used to a mass meat society and because vested interests influence policy and debate. But we must be consistent. It is not just wet meat markets that risk causing pandemics. Western-style animal farming does too.

Governments need to step in to maximise our safety. Their role in protecting citizens extends beyond policing and counter-terrorism, to food safety. Meat has become a national security issue.

But they won’t step in unless we make them. They think it’s not a “vote-winner”. They think we’ll turn on them if they make food safer by shifting away from meat. We must relieve them of the notion we’re so stubborn.

And so, each of us strengthens the protective bubble around our family when we let the world know we want a safe food system. We parry further devastation every time we give meat the cold shoulder.

The world sleepwalked into coronavirus. This has cost us so much both in terms of the loss of life and also the impact on jobs and the economy. Governments must wake up and realise the risks they are taking with our lives. And we must ask whether, to us, meat is worth its cost.

If ending the era of pandemics means moving past meat, so be it: our families will be safer for it.

William Gildea is a doctoral researcher in philosophy at the University of Warwick. His twitter handle is @will_gildea