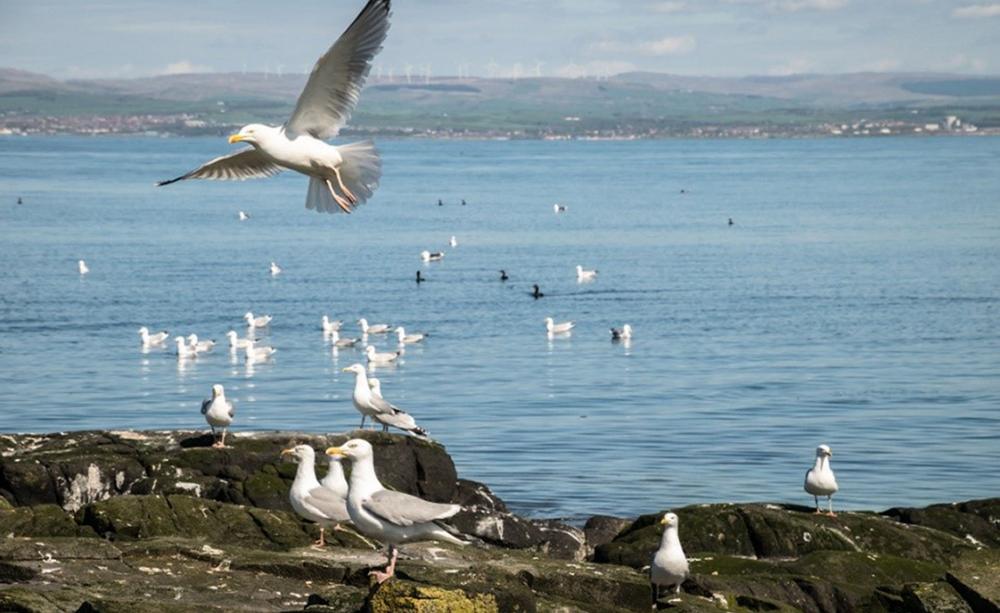 PA
Four in 10 nests surveyed on the uninhabited Lady Isle in the Firth of Clyde contained plastic.

They end up in seabird nests because they are brought there passively by marine currents.

Plastic debris has been found in 80 percent of the nests of a species of seabird on an uninhabited island off the coast of Scotland.

Almost four in 10 (39.1 percent) of nests surveyed on Lady Isle in the Firth of Clyde contained plastic, with the amount varying between species.

More than a third (35.6 percent) of herring gull nests surveyed contained plastic, while for great black-backed gulls it was 53.5 percent and for shags 80 percent.

It is thought the birds' different nest-building behaviours are behind the difference. Shags reuse their nests year after year so plastic builds up over time.

The research, led by the University of Glasgow, suggested the plastic was washed to the island, where it was collected by birds and incorporated into nests.

Researchers said it is important to gather more information about the impact of plastic in nests as it could affect the quality of the structure with detrimental effects for the eggs and chicks, while there is also a risk birds could become tangled up in it.

Plastic in nests has been identified as being mostly from consumer waste thrown away in built-up areas.

Dr Ruedi Nager, a seabird ecologist and senior lecturer at the University of Glasgow, said: "They end up in seabird nests, not because seabirds actively pick them up in built-up areas and carry them to their nest, but because are brought there passively by marine currents."

In the survey, carried out in May 2018, researchers examined 1,597 nests on the island off the Ayrshire coast and found that 625 contained some plastic.

Amongst cormorants plastic was found in 24.8 percent of nests while for lesser black-backed gulls it was 25 percent.

Danni Thompson, a researcher volunteering with Dr Nager, looked more closely at the herring gull, the most abundant species nesting on Lady Isle.

She said: "As herring gulls often forage in landfills, we wanted to see if they were swallowing plastic whilst eating and then bringing it back to the nest."

The research suggests that the plastic in nests arrived by means other than from debris that birds ingest while foraging in populated areas.

It also mapped all nests on Lady Isle and tested whether nests with plastic were equally distributed across the island.

Results showed nests on the north of the island, which are closer to the outgoing tide from the mainland, were more likely to contain plastic.

This suggests the plastic in the nests originally came from the mainland and was washed up on the shore where the birds could collect it from the immediate surrounding of their nest.

The scientists said further research is needed to identify whether or not plastic presence in nests has an impact on seabird populations.

Identifying the potential sources of plastic could also help conservationists to plan action such as targeted beach cleans to reduce the impact on birds.