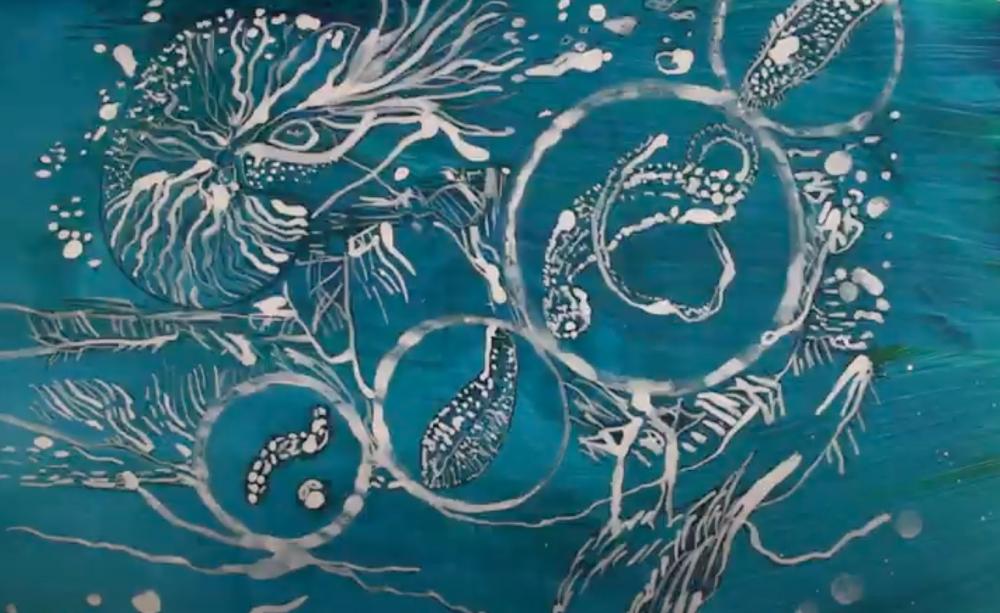 Ilona Pimbert
What world do we want to see beyond Covid-19?

The success of mutual aid groups across the UK is the unexpected plus of the Covid-19 pandemic. These community-led groups take a secular approach to helping their neighbourhoods without profit in mind, and are “united by a belief that social exclusion increases individual and community vulnerability.”

As the UK negotiates its path outside the EU, we are all faced with a collective challenge. Can we build on these community-led initiatives and widespread feelings of solidarity among popular movements across the world to bring about a different future? Or do we passively take a blind path into the deeper embrace of trans-national corporations who are ready to impose their untested technical solutions, backed by a government more than willing to hand over control?

It is not just the top-down nature of these digital-era techno-fixes that is causing widespread fear. There is also a high risk that this Fourth Industrial Revolution (4IR) would draw us into a de-humanising spiral of short-term profiteering, surveillance and control that will sink the climate and our food system.

Though the virus has taught policymakers across the globe the value of using a principle of precaution in one context of future public policy, the 4IR fan club – which includes the influential World Economics Forum - doesn’t appear to understand that their techy-AI vision must also be subject to similar safeguards.

The disruptors’ motto to “move fast and break things” is the polar opposite of precaution. A precautionary approach to 4IR wouldn’t stop people having clever ideas for fixing things, but it would force potentially risky research to open itself to public scrutiny - allowing time to assess potential harms as well as benefits.

Capitalist systems have taken resources from the poor to allow accumulation of new wealth by elites, despite this leading to simultaneous human and ecological disasters from asbestos, lead, benzene, pesticides, ozone-depleting chemicals, factory trawler fishing and GM crops.

The twenty-first century scientism’s core myth, that of the selfish gene, guides many of those who back 4IR. Their save-the-world mantra tends to a kind of neoliberal transhumanist fantasy - that humans are automatons controlled by our genetically-encoded competitive desire for individual gain. This will see many of us replaced by robots in the service of corporate profit.

Happily, 4IR’s normalisation of selfish individualism appears to be contradicted by the spectacular blossoming of mutual aid across the world since the pandemic began. In the UK, 4,000 local groups were created by the grassroots within a couple of weeks of the 23 March lockdown.

Despite its core position in capitalist economic theory, the basis for the claim that competition is the main driving force in the living world has always been suspect. It has bizarrely become a “myth that we live by”, to quote philosopher Mary Midgley.

Now an increasing number of ecological researchers are concluding that living systems are founded on their interconnections and mutual dependency.

It started with the young Beatrix Potter, a pioneer Victorian scientist before she became a celebrated storyteller. She was among the first to notice that lichens - those curious encrustations living on tree trunks, seashores, and walls - are made up of not one but two organisms in intimate alliance. A century later, Lynn Margulis, a celebrated biologist, referred to this relationship as “symbiosis”, literally “living together”.

Most plants receive essential nutrients via their underground microbial symbionts, to which they supply sugars in return. Plant-eating animals can only digest the tough cellulose in their diet because of symbiotic bacteria in their gut. A co-originator of the Gaia Hypothesis with James Lovelock, Margulis devoted most of her life to showing that the very plants and animals that make our parks, gardens and rural landscapes, the food we eat, even the evolution of ‘eukaryotic’ cells, of which all non-bacterial life on Earth is composed, all depend on symbiotic associations.

In the same way, the emergence of human civilisation was profoundly shaped by mutual childcare and the sharing of food. Really it should come as no surprise that the UK’s thousands of Covid-19 Mutual Aid groups should function well. Competition may be one feature of our existence, but so too is interdependence.

After so many weeks of clapping key workers, will we still accept a society in which nurses and carers are paid a minute fraction of the salary of a hedge fund manager?

What about the other jobs without which society can’t survive, but are often rewarded with a minimum wage – farm labourers, rubbish collectors, public transport and nursery workers, not to mention the countless unpaid and largely invisible care-givers – almost all of them women?

The current surge of mutual aid is already strengthening  the hand of civil society alliances arguing for a global reset of capitalism .  The world cannot claim mutualist values while also continuing an economic system that values some people in the world so much more than others.

What hope is there for our post-Covid survival if we continue with the economics of consumer capitalism - encouraging us to measure our freedom by the amount of stuff we buy that we really don’t need? Or by allowing our corporate-government complex to gather digital data, compute and monetise every action we take inside and outside our homes, everything we say, where we go, who we meet, what crops we plant, what food we eat?

Rather than accept a fourth industrial revolution that is not only immoral, but surely a collective death sentence for much of humanity, Covid-19 gives us the opportunity to pause and collectively envision how the UK could move to a future based on the values of mutual aid.

This Mutualist New Deal would be guided by precaution and democratic accountability, without an unquestioning rush to adopt new technologies, particularly those owned and controlled by corporations or nation states which give scant attention to people.

Dr Tom Wakeford is a senior researcher at ETC Group and Honorary Associate Professor at the Wellcome Centre for Cultures and Environments of Health, University of Exeter.

Image: Ilona Pimbert, from an original drawing by Christie Lyons.