Covid-19 and the fur industry 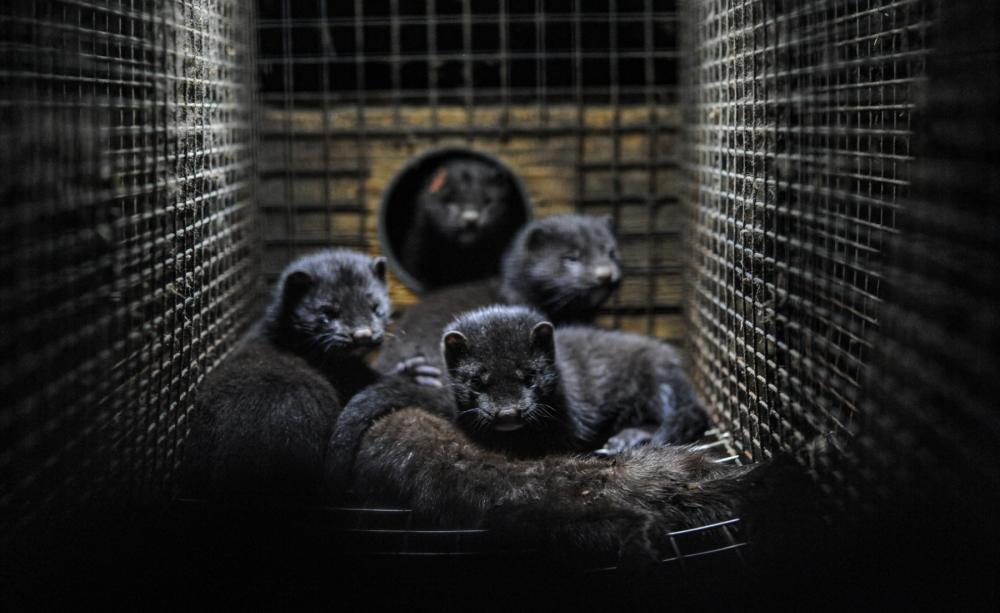 We Animals Media
The cull in Denmark will have implications for the global fur industry - where China is still the global leader. So is this the end?

Denmark has been culling all of its 17 million mink across an estimated 1,200 fur farms due to the discovery of a new strain of novel coronavirus, with 207 animals testing positive.

Mink are kept in large numbers on farms, and have contracted the virus from infected workers - humans. In a small number of cases, the virus has developed genetic mutations before being "spilled back" to humans.

So far, more than 200 people have been infected with mink-related COVID-19 and there is concern over one particular strain, which is less sensitive to antibodies and therefore could cause issues for current vaccine development.

If a strain of the virus changes too much from the one that is circulating within humans at the moment, that might mean that any vaccine or treatment that will be produced soon might not work.

More research is needed as we still don’t understand the whole picture. However, what we do know is that mink are picking up the virus from people working in the industry. Humans are again at the root of the problem.

Every year around 100 million animals are bred and killed for their fur on intensive farms, to supply the fashion industry with not only fur coats, but fur trim for hooded jackets and pom poms on hats, shoes and a range of other accessories.

Of all of these, mink is the most popular, with more than 50 million mink bred for their fur a year, mainly in China, Denmark, the Netherlands and Poland.

Brands such as Canada Goose and Moncler are still as popular as ever, and having just scrolled through Harrods fur coat section, I have just discovered that designer fur coats can be worth up to £18,000.

The culling of all its remaining mink will have huge implications for the Danish fur industry. But is that such a bad thing? And does this mark the beginning of an end to the industry?

Animals are kept in small, barren, wire cages with very limited movement so that the production of fur remains profitable.

This is especially stressful for semi-aquatic animals such as minks, because although they have drinking water, they are unable to express natural behaviours such as swimming and diving.

Fur farms often use drugs to stimulate the rate of growth in captive animals, reducing animal-husbandry costs and maximising profits, but not without compromise to the well-being of the animals.

There is also dispute on the ethics of how the animals are killed.

Fur farmers such as John Papsø from Denmark say the mink are “moved from their nest into a small box. In that box there is CO2-gas. That sedates them, and they fall asleep and are gone in 10-15 seconds. It’s as humane as you can do it, there is no transport as with other livestock and no stress from that.”

However, animal welfare organisations such as the Humane Society International (HSI) argue that gassing is particularly cruel because mink are semi-aquatic and able to hold their breath for long periods of time which means that some could survive the first attempt, suffering a great deal in the process.

There has long been debate about the sustainability of fur in the fashion industry. Most agree that wild fur is more sustainable than farmed fur, helping to control populations of wild species that might otherwise put native wildlife at risk.

However, there is ongoing debate over whether fur has a lower ecological impact than the synthetic alternatives used in many clothes today.

The British Fur Trade association states that not only is natural fur long lasting, it degrades when discarded whereas faux fur (like petroleum based plastic bags) can take between 500-1,000 years to biodegrade.

Others in favour of the industry also argue that the fur tanning and colouring processes only require small quantities of formaldehyde to be used. Fake fur, on the other hand, uses up to one gallon of unsustainable petrol to produce three synthetic jackets.

However, in a report on the environmental impact of mink production, fur has a more negative impact on 17 out of 18 environmental areas compared to alternative common textiles such as cotton and polyester.

The areas of concern included climate change, eutrophication and toxic emissions. For a supposedly natural material, these results show that farmed fur is no more sustainable than textiles made from petrol.

With up to 300 animals killed for one fur coat, there is no easy way to dispose of such enormous quantities of dead animals.

Both incineration and burial produces vast quantities of harmful toxins that pollute the air. Many of the substances used to keep fur from decomposing over time are also highly toxic and have been shown to poison rivers and streams.

Synthetic alternatives are of course a less-than-ideal substitute. But the emissions involved with fur - manure runoff into lakes and rivers, and the toxic chemicals used to maintain fur - are evidence that fur is in fact even worse.

It’s baffling that killing over 200 chinchillas for one coat can be deemed sustainable.

The fur trade is already banned in many countries in Europe, including Belgium, Germany, Ireland, Norway, Slovakia and the United Kingdom.

The cull in Denmark underway. The Netherlands and Poland, other big contributors, are expected to shut down all operations over the next year. France is to end mink farming by 2025. And the UK Government has promised to ban fur imports and sales after the Brexit transition period ends in December.

So could this mark the beginning to an end of the fur industry?

The problem is that while Europe is setting a fur free precedent, China’s industry is quietly building strength, according to a report by ACTAsia in 2019.

China is not only the biggest fur processing country in the world, but also the biggest global buyer and consumer due to sustained popularity of real fur garments in the country. Single-handedly, it is able to lead and stimulate the global fur trade.

Therefore, changing consumer behaviour and reducing demand in China is key to putting an end to the global industry.

When consumers were exposed to the facts about farming fur, between 60 percent and 80 percent declared they would move away from fur garments and accessories, according to an educational survey conducted by ACTAsia.

This gives a useful indication of the significant impact that education programmes can make on public perception of fur and consumer behaviour in China.

But even as the popularity of full fur coats in Europe declines, fur trim used for hoods, collars, pompoms and accessories is becoming ever more popular.

Trim is no longer an offcut from a luxury fur coat, but it is now a trend that is serious enough to sustain a growing industry.

As well as educating consumers, we need to drive more fashion retailers to join the Fur Free retailer scheme.

Hundreds of fashion designers and brands including Coach, Giorgio Armani, Gucci, Prada, Calvin Klein, Burberry, Michael Kors, Ralph Lauren and Versace have already stopped using fur, so this is certainly a step in the right direction.

Not only do the animals suffer, but it’s far from sustainable and farms are breeding grounds for new diseases. Education is key to a long-term shift in behaviour.

Sophie Johnson is a Zoology graduate and passionate conservation blogger from the UK. 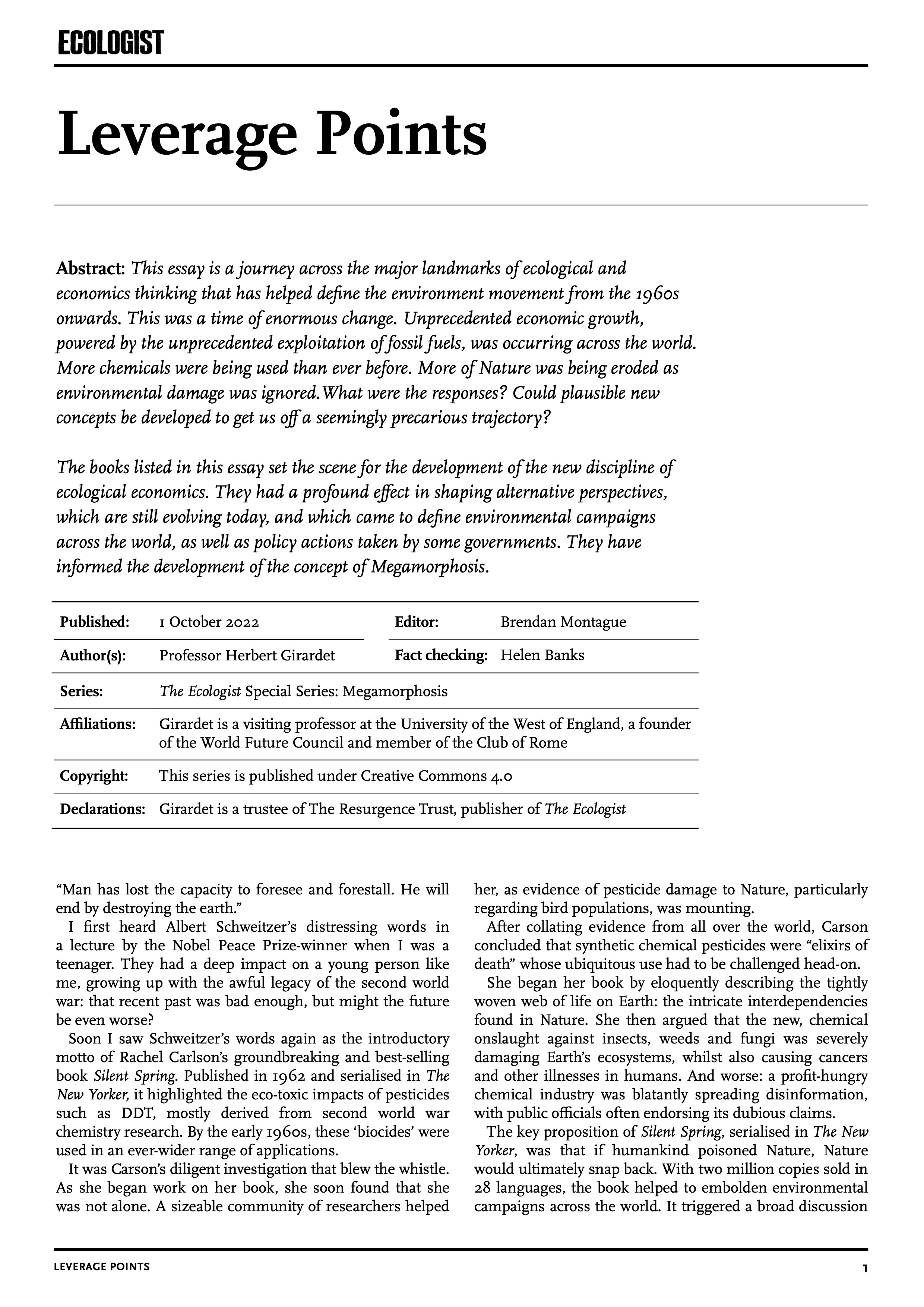