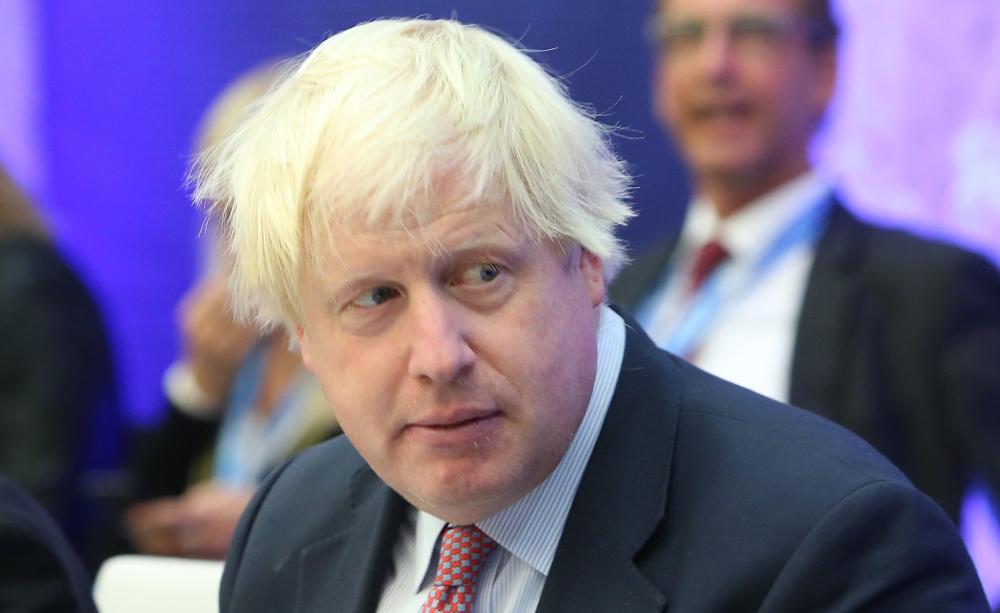 Wikimedia
Annika Haas
Labour and the Tories aren't prepared for a real green industrial revolution. Here's what it should include.

How we recover to the COVID-19 pandemic will determine our economic settlement for the next decade – precisely the period in which the UK must fully decarbonise.

Britain’s two major political parties jostled for position over who had the most compelling climate policies this week. Overshadowed by internal party conflict, both were suitably underwhelming.

Labour’s green recovery report spurned the chance to re-assert the Party as the UK’s climate leader. The Tories’ 10-point plan, branded as a ‘green industrial revolution’ though only superficially green, was barely industrial and in no way revolutionary.

Ed Miliband and Anneliese Dodds began consulting Labour members, campaigners, and researchers on creating an “ambitious green economic recovery” to the Covid-19 pandemic in June. Fast forward to November and Labour are rushing out its green recovery recommendations ahead of the Tories’ announcement later the same week.

Angus Satow has detailed how Labour’s 2020 green recovery proposals pale in comparison to the green industrial revolution proposed ahead of the 2019 general election.

After the grassroots organising of Labour for a Green New Deal and policy development of Rebecca Long-Bailey, Labour has a suite of oven-ready policies ripe to be deployed amid a pandemic like this. Instead, Starmer’s Labour have shied away from the ambition of economic transformation.

Labour has rightly to call for investment in green jobs as a response to the pandemic and climate change, but just 400,000 jobs is insufficient in the face of the generational unemployment crisis looming over us.

Although the pandemic should cause us to level up our ambition, Labour has advocated no new spending as part of these announcements. The proposal to insulate 7 million homes by 2030 is down from 27 million proposed in the 2019 manifesto. There is no mention of public ownership of key utilities. Any mention of public transport is tepid.

As millions rely on dodgy internet connections while working from home, Labour ignores its policy of free high-speed broadband for all. There appears to be no appetite to tackle the hard questions of transitioning the aviation and oil & gas industries as they falter.

How we recover to the COVID-19 pandemic will determine our economic settlement for the next decade – precisely the period in which the UK must fully decarbonise.

The Tories’ so-called green industrial revolution was even more underwhelming. The pitiful £12bn of offered was mostly spending commitments from their manifesto brought forward and repackaged. By promising £16.5bn of spending for defence the next day, Johnson confirmed how little his government cares about the climate crisis.

The plan included more offshore wind capacity, investment in hydrogen (which is not zero-carbon energy), and new nuclear power. The anticipated end to UK export finance for fossil fuels was shelved, but climate campaigners did celebrate a win with the promise of a ban for new petrol and diesel care by 2030.

With only vague promises around cleaner public transport (focusing on cycle lanes and bus routes – nothing on rail), Johnson’s vision is to maintain the transport status quo, but greener.

Optimistic plans to invest in zero emissions planes underlined this. But private cars remain stationary for 95 percent of the time and 1 percent of people are responsible for half of global aviation emissions. There isn’t enough lithium in the world (and its extraction to laden with injustice) to replace every fossil fuel car or plane with an electric alternative.

Just £1bn was offered to make homes, hospitals, and schools warmer. Big numbers for a headline, but pitifully low for an economy the size of the UK’s facing the multitude and scale of crises we do.

The tenth pledge, to ‘commercials low-carbon technologies’ speaks to a theme of Johnson’s plan: support for an economic model which can’t help but entrench inequality and drive climate breakdown. In the instances where this plan is not superficial techno-optimism, it is bungs to the Tories’ friends in the private sector. This plan will see new ‘green’ markets for capital to profit from, without substantially dismantling high-emissions, extractive ones.

Central to any meaningful ‘green industrial revolution’ or Green New Deal must be a confrontation with fossil capital. No longer can Shell, BP, Exxon and their fellow travellers maintain their death grip on the global economy.

Dismantling the fossil fuel industry is a baseline requirement for any other green policy to be worthwhile. Otherwise, green capitalists just profit while fossil capitalists render the planet uninhabitable.

Much is made of decarbonisation targets, and debates over net-zero by 2030 or 2050 or something in between can be tiresome. But ambitious decarbonisation targets set the pace for ambitious, revolutionary action. Targets for near-zero emissions in line with global justice expose mainstream western political parties as uninterested in climate justice. Green industrial revolutions in the global North need them to keep at the core.

Though Labour cowers away, and the Tories would never contemplate it, any green industrial revolution must address the question of ownership of key sectors of the economy. Private ownership of industry, running it for profit, has abjectly failed to make any progress towards decarbonisation and climate justice.

Expanding public ownership as far as possible across the economy is now the only solution. And that’s what makes this revolutionary. Energy, water, transport, broadband, food and manufacturing are too strategically important to the decarbonisation effort. They can’t be left to the profiteering hands of the private sector in these coming decades of crisis.

When we invest in millions (not thousands) of new green jobs, they should be in care work and basic services as well as insulation, manufacturing, and renewable energy. They should be provided through new public companies, not the private sector.

When it comes to transport, greening the status quo won’t do. It is both impossible and undesirable. Drastically expanding the provision of free, high-speed public transport so every community is connected can marginalise the car from its role of social dominance and get short-haul planes out of the sky, at least.

Neither Labour or the Tories are prepared – strategically or ideologically – to embrace to core tenets of a meaningful green industrial revolution or green recovery to the pandemic.

But now is not the moment for tepid technocracy or greenwash. How we recover to the Covid-19 pandemic will determine our economic settlement for the next decade – precisely the period in which the UK must fully decarbonise. Now is the time to be brave, because only a revolution in how our economy works will do.

Chris Saltmarsh is co-founder of Labour for a Green New Deal.