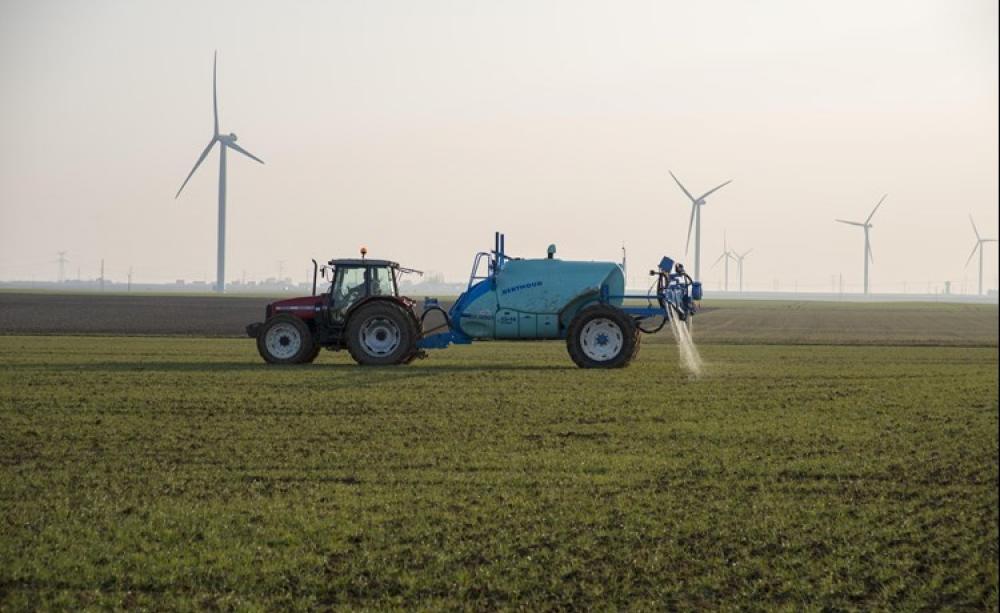 @Greenpeace
Nitrogen is essential for all life on earth and fundamental for farming. But to tackle the climate impact of farming we must turn off the synthetic nitrogen tap and manage nitrogen better.

Pollution from nitrogen use and manufacture of synthetic fertilisers is driving climate change. To tackle the climate impact of farming we must turn off the synthetic nitrogen tap and manage nitrogen better.

Farming relies on reactive nitrogen to help crops grow, which was historically supplied through animal manures and the natural fixation of nitrogen by plants such as peas and beans.

In recent decades the industrial manufacture of synthetic fertilisers from fossil fuels has scaled up in the face of pressure to increase yields and feed growing populations.

In the scramble to produce food, we have overlooked the negative impacts of overloading our world with reactive nitrogen. The Soil Association’s new Fixing Nitrogen report explore this further.

Synthetic fertilisers are reliant on fossil fuels for their manufacture, estimates suggest that they account for near 5% of global natural gas consumption and have a hefty emission footprint in manufacture. But most of the climate impact of nitrogen comes from nitrous oxide (or N2O) emissions from the soils to which fertilisers are applied.

Nitrous oxide is a long-lived greenhouse gas, meaning that its warming effect is long-lasting, so emissions made today will be warming the atmosphere for a century.

Despite this, nitrous oxide has escaped the attention of agri-climate policies, instead, the focus has been on methane, primarily on cows. Methane is as potent as nitrous oxide; however, the warming effect of this gas is short-lived, around twelve years.

Global greenhouse gas accounting has failed to adequately address the difference between long-lived and short-lived emissions, but as the science develops, the emphasis appears to be shifting. The next few years could see a fundamental shift in the climate focus on farming, with nitrogen centre-stage.

Concentrated animal feed is the bedrock of the global intensive livestock system, without the soy, corn, wheat and other commodity feed crops these intensive systems would struggle to function.

In Europe, for example, animal feed accounts for 80 percent of all nitrogen inputs. These are largely monocultures of high-yielding but fertiliser hungry crops like wheat, which come with a cascade of implications for on-farm wildlife diversity too.

Achieving the target of climate stability by 2050 means being net-zero nitrogen by this point, perhaps even earlier. For farming, this means some rapid shifts: first, waste less nitrogen (almost 50 percent of nitrogen applied in the UK is lost to air or water); second, recycle more nitrogen, so moving to agroecological systems that close nitrogen loops, treating it as too good to waste; third, transition away from synthetic fertilisers, organic farmers manage without and many non-organic farmers are finding that beyond saving costs on inputs.

If you want to find out more, our Fixing Nitrogen report goes into more depth. If we could all highlight the damaging contribution of excess nitrogen to climate change, we can help put this on the agenda for government.

Sam Packer is a policy officer at the Soil Association.