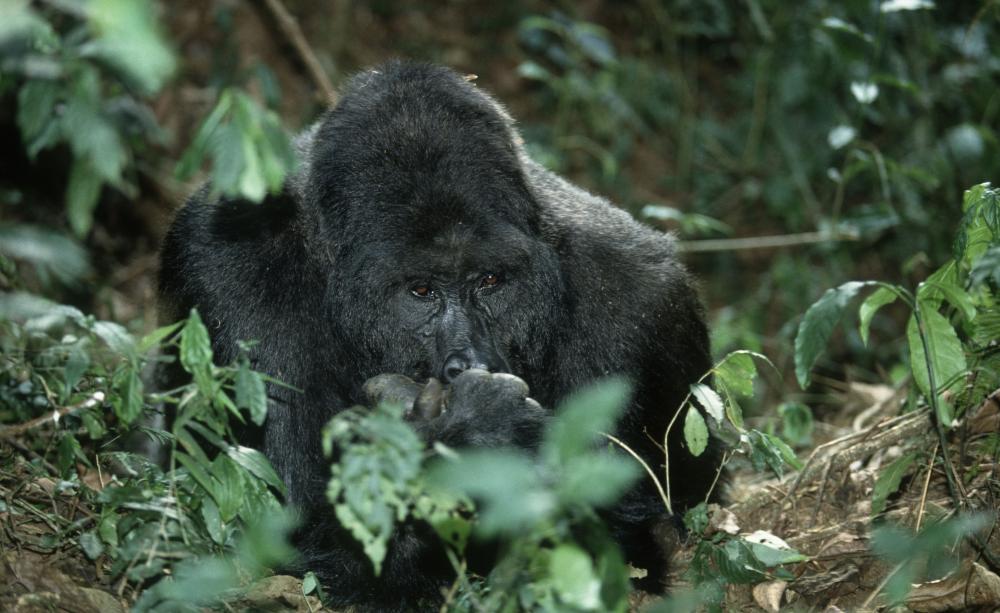 PA
WWF
Conservation charity WWF said nature was in “freefall” due to human activity, mainly intensive agriculture and the destruction of habitat.

Now nature is sending us a desperate SOS and time is running out.

Global wildlife populations have declined by more than two thirds in less than 50 years, a new report has warned.

Conservation charity WWF said nature was in “freefall” due to human activity, mainly intensive agriculture and the destruction of habitat such as forests to produce food, as it published its latest Living Planet Report.

The wildlife group is calling for national laws to stop supply chains for food and other products from driving deforestation and destruction of wild areas, and for people to shift from meat and dairy to more “plant-based” diets.

There is also a need to tackle the vast amounts of food that is lost and wasted throughout supply chains and by retailers and consumers, it said.

From elephants in central Africa and leatherback turtles in Costa Rica to Arctic skuas in Orkney and grey partridges in the UK, populations of wild animals, birds and fish are tumbling, the report warned.

The biggest driver of wildlife losses is changes to land, sea and water use by human activities such as unsustainable agriculture, logging, and development.

While conservation measures have helped species such as forest elephant in Ghana and tigers in Nepal, on their own they will not be enough to reverse the downward trends, WWF said.

But action to transform food production, including more sustainable agriculture, cutting waste and moving to healthier diets, to put less pressure on the planet while still providing enough for people to eat, can help nature recover.

The Living Planet Index produced by the Zoological Society of London (ZSL) as part of the report tracks the abundance of 20,811 populations of 4,392 species of mammals, reptiles, birds, fish and amphibians.

Overall, it found that monitored wildlife populations have declined in size by an average of 68 percent between 1970 and 2016, the most recent year for which data is available.

In Latin America and the Caribbean populations have crashed by 94 percent on average as grasslands, wetlands and forests are converted to agriculture, species are over-exploited, climate change takes hold and disease and invasive species take their toll.

Populations of freshwater species have seen a steep decline of 84 percent in less than 50 years, the index shows.

The report also draws on other assessments which show species at an increasing risk of extinction, that soil is losing much of its rich diversity of life in many parts of the world and that plants are seriously threatened.

Tanya Steele, chief executive at WWF, said: “Nature is in freefall, we have seen significant declines in population sizes of wildlife species around the world. That downward trend does not seem to be abating.”

She warned that humans were burning forests, polluting and over-fishing the seas and destroying wild areas.

“We are wrecking our world – the one place we call home – risking our health, security and survival here on Earth.

“Now nature is sending us a desperate SOS and time is running out.”

She called on the UK Government to fast-track tough new nature laws that protect wildlife at home and abroad, and to use key “Cop26” climate talks in Glasgow next year to secure urgent commitments and action from world leaders.

Sir David Attenborough said there was an opportunity to achieve a balance with the natural world, which would require “systemic shifts” in how people produce food, create energy, manage the oceans and use materials.

“But above all it will require a change in perspective. A change from viewing nature as something that’s optional or ‘nice to have’ to the single greatest ally we have in restoring balance to our world,” the naturalist and broadcaster said.

In the essay published as part of a series alongside the Living Planet report, Sir David called for international cooperation to tackling the issue.