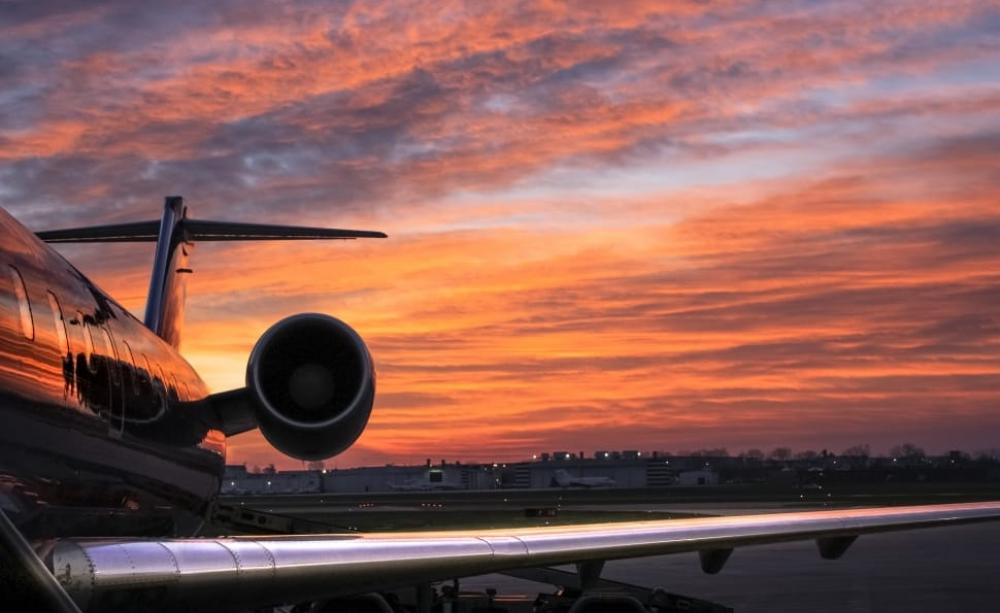 Peakpx
Jobs are being cut and climate impacts are ramping up. The frequent flyer levy has never been more urgent.

We now have a chance to rethink, and decide on what a transport system that works for everyone should look like.

We need urgent action to bring in climate solutions which are ready to fly, not least after yet another month of broken temperature records.

With pre-covid emissions from air travel increasing more rapidly than any other source, solutions must include a fair and effective way to cut the harm flying causes to the climate. The climate assembly, which represents the views of the UK public, recommended exactly that last week by calling on the government to bring in a form of frequent flyer levy.

Other than starting a forest fire, getting on a plane is the only way to produce tonnes of climate-crashing carbon in less than a day. Most of the damage to the climate from air travel is caused by frequent leisure flights taken by a relatively wealthy minority, with just 15 percent of people in the UK taking an astonishing 70 percent of flights.

Yet right now, you’ll pay the same - low level - tax on your flight whether you’re visiting your family for the first time in years, or taking your sixth holiday abroad of the year.

Increasing the UK’s low levels of tax on air travel by enough to reduce demand for flights could be as unfair and regressive as a flat tax on income would be. This is why we need a tax rate which goes up as someone takes more flights, or flies greater distances, each year.

A frequent flyer levy or air miles levy wouldn’t impact families taking their annual holiday, but it would tackle a big part of the problem of emissions from flying.

But why is a time when flight numbers are lower than they’ve been for a long time the moment to get tough on frequent flying?

For one thing, people don’t want to go back to business as usual, with the air and noise pollution and crowded skies that come with high levels of plane travel. We now have a chance to rethink, and decide on what a transport system that works for everyone should look like.

What does society really need and want from air travel? For most of us, this is simply the ability to make the occasional trip abroad to see family or explore other cultures.

Access to this is what we should be seeking to maintain as overall carbon emissions are driven down, not tax-subsidised travel between second and third homes for an elite jet-set.

We need a way to protect aviation workers being pushed out of the plane with no parachute by airline bosses.

As the pandemic hit, airlines ruthlessly slashed jobs and pushed workers onto worse pay and conditions - while also taking furlough scheme cash that was meant to protect employees. With the aviation industry’s plans for increasing mechanisation also putting jobs under threat, support needs to be in place for people working on planes and at airports to move into lower-carbon sectors with a more secure future.

A tax on frequent flyers would provide a way to fund this transition and create the long-term, well-paid green jobs the UK needs.

The aviation industry would like us to believe that there’s no need to reduce flights, because climate-friendly planes are coming over the horizon to allow business as usual to continue. Unfortunately, the solutions they’re proposing either don’t exist yet (like electric planes) or don’t actually work (like offsetting, a sort of sale of indulgences for the climate-conscious era).

While R&D into zero carbon flight is urgently needed, we should not kid ourselves that it’s going to arrive in time for critical climate goals to be met. That leaves demand reduction as the only safe and reliable solution to cut emissions from flying.

For this to be fair, it needs to be targeted at those who pollute the most, and come with measures to support people working on flights into secure green jobs.

At a time when our vulnerability to crises has become frighteningly apparent, with fires, floods and storms taking their toll across the globe, the need to reduce emissions from one of the most polluting industries has never been so urgent.

The frequent flyer levy offers a way to do this, and now has a mandate from UK citizens via the climate assembly. It’s up to the government to listen.

Alethea Warrington is a campaigner at Possible.