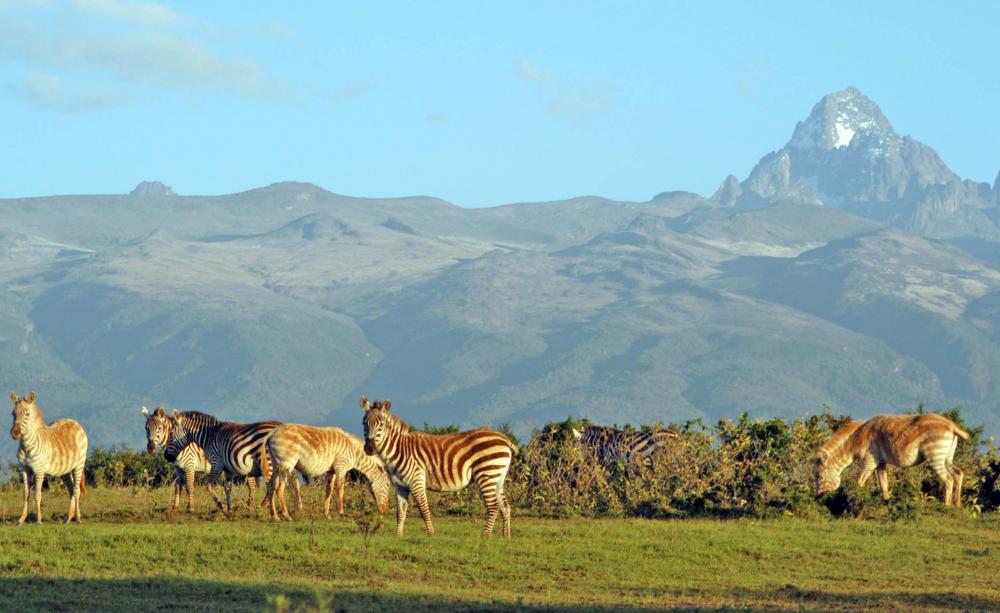 Mount Kenya Wildlife Conservancy
The coronavirus pandemic has caused a conservation crisis. Without funding, we are sleepwalking into catastrophe.

It has become almost a truism to note that human encroachment on the natural world was a leading cause of the coronavirus pandemic.

And for all the subsequent talk of songbirds returning to city centers, pollution falling, and a growing appreciation for the natural world, the cold reality of this moment is that funding for the protection of our environment has fallen almost to nothing.

In Africa, the situation is especially bleak. Before the crisis, wildlife tourism contributed £17.2 billion a year to the African economy. In Kenya, wildlife visitors contributed more than £740 million to the economy, providing 1.6 million jobs, in 2019 alone.

But over the past year, the number of wildlife tourists to the continent fell as low as 99 per cent. Ranger patrols have been cut back. Projects have been postponed or cancelled entirely. At the Mount Kenya Wildlife Conservancy, we have lost 90 percent of our sources of income.

Without funding or tourists, we have increasingly few means by which we can protect the natural world.

The inexorable result of this will be continued deforestation, provoking extreme changes in temperature; the irreversible loss of plant and animal species; and a stark rise in the likelihood of new deadly diseases from wildlife which may have pandemic potential.

In a UN report, 22 leading experts were in full agreement that there was a clear relationship between the degradation of nature and the risk of uncontrollable infectious disease. Another pandemic would, without question, sound the death-knell for innumerable efforts at conservation across the continent.

This conservation work matters. At the MKWC we have worked tirelessly to protect the critically endangered mountain bongo, one of the largest forest antelopes and a native Kenyan species.

An outcome of this conservation action is the preservation of the wider ecosystem, which is one of five major water towers which supply 80 percent of the Kenyan people with clean, fresh water.

And yet, in the absence of visitors, and without donations there is a risk to conservation efforts across Kenya. Illegal activities have been made much easier in part due to the sheer absence of tourism and the reduction of ranger patrols in areas where there is abundant wildlife.

This will not change without funding. Nor will it remain as it is. With each passing day, poachers and others who would harm the animal kingdom for personal gain are emboldened, and the likelihood of a culture of apathy emerging goes up.

Before the pandemic arrived, tourists to Kenya and elsewhere in Africa were content to pay for five-star hotel accommodation, which played a key part in funding conservation work.

But tourism is not expected to return to pre-pandemic levels until 2023 or even 2024, leaving a financial shortfall that has grave and immediate consequences for the natural world.

Donations are sorely and urgently needed, and I urge anyone who can donate to organisations like the WILF Foundation or direct to conservancies like the MKWC to do so.

The case of the mountain bongo is a small illustration and reminder of the fact that we cannot simply remove ourselves from our natural context.

We are all part of an ecosystem which, for self-interest if nothing else, we must protect. In stark terms the pandemic has demonstrated that if we do not take our role as stewards of the environment seriously, there will be increasingly destructive and deadly consequences.

But - what is more - the earth is a common treasury, and love is a greater motivator than fear.

I believe, having worked in nature over the course of the last year, that if we can kindle our natural affection for the world in which we live, we can all find the energy and generosity needed to protect it. As it is, we are sleepwalking into catastrophe.