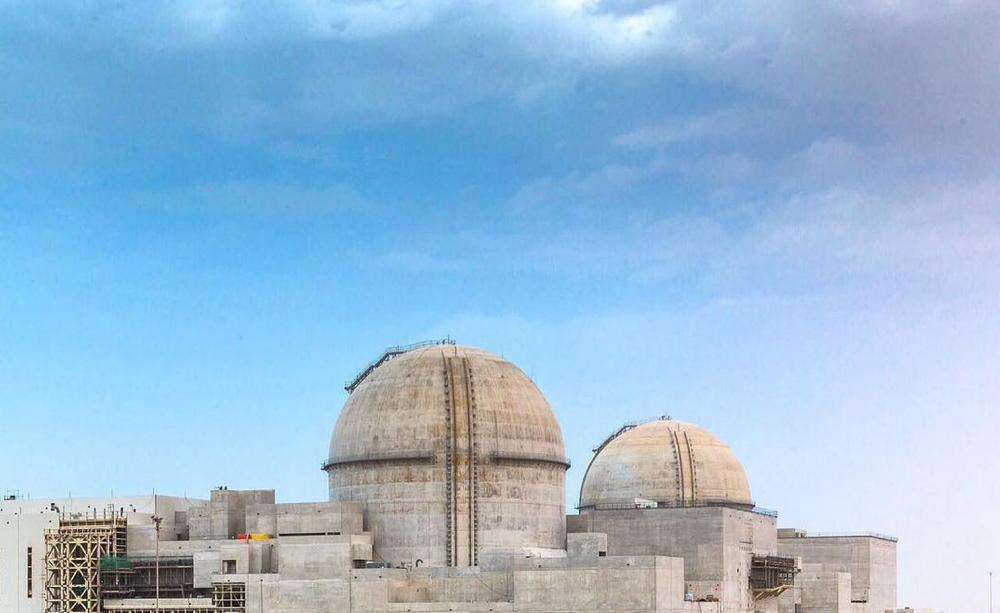 Wikipedia
Nuclear is on the front-line of climate change – and not in a good way.

Coastal and inland nuclear will be one of the first, and most significant, casualties to ramping climate impact.

Climate models have run hot in the last year.

With extreme events that are rare today becoming the norm in the future, existing risk mitigation measures become increasingly obsolete. The corollary to this analysis is that present and planned coastal and inland nuclear installations will be at significant risk.

In other words, nuclear’s sustainable electricity claim sits in the context of a much larger picture - that coastal and inland nuclear will be one of the first, and most significant, casualties to ramping climate impact.

As the world heats, ice stored at the poles and in glaciers melt and sea levels rise.

With a recent NASA study based on 25 years of satellite data finding that global sea-level rise has been accelerating rather than increasing steadily, the Arctic is melting so rapidly that it’s now 20 percent thinner than a decade ago, weakening a major source of the planet’s cooling. [1]

Coastal and inland nuclear will be one of the first, and most significant, casualties to ramping climate impact.

Meanwhile, satellite data shows the Greenland Ice Sheet has lost a record amount of ice in 2019  - equivalent to a million tons per minute.

With the climate crisis heating the Arctic at double the rate in lower latitudes, the ice cap is currently the biggest single contributor to sea-level rise, and already imperils coasts and coastal populations. [2]

This is all the more concerning since very recent research reports new early-warning signals indicating that the central-western part of the Greenland Ice Sheet is undergoing a critical transition.

Because of rising temperatures, the destabilization of the ice sheet has begun and the process of melting may escalate, substantially increasing global sea level rise.

In other words, a significant part of the Greenland Ice Sheet is on the brink of a tipping point, after which accelerated melting would become inevitable. [3]

And the Antarctic - where more than half of Earth’s freshwater resources are held, representing by far the largest potential source for global sea-level rise under future warming conditions - is also threatened - with the likelihood that its long-term sea-level contribution will dramatically exceed that of other sources. [4]

So the polar ice caps are melting six times faster than they were in the 1990s, with the high melt-rate corresponding to the worst-case scenario model for global heating set out by the Intergovernmental Panel on Climate Change (IPCC). [5]

This means that without sweeping curbs to CO2 greenhouse gas emissions, the planet will see a very significant rise in sea-level, resulting in ramping annual coastal and inland flooding. [6]

This resonates with research commissioned by the Delta Programme at the Dutch Deltares Centre, tasked with protecting Holland against flooding and sea-level change, which suggest sea-level rise in the North Sea may accelerate sharply from 2050 - and that the EU should be preparing for its seas, estuaries and tidal rivers to rise by up to 2 metres in the next 80 years. [7]

Perhaps disconcertingly, the Delta report adds that the more rapid melting of Antarctic ice sheets have not yet been incorporated into their programme’s predictions.

It is therefore unsettling to reflect that the overwhelming majority of nuclear reactors began operation well before global heating was considered in design or construction.

With 41 percent of all nuclear plants world-wide operating on the coast, nuclear may prove an important risk. [8]

The near-term effect of rising mean sea-levels at coastal nuclear installations will be felt most profoundly during extreme storm conditions when strong winds and low atmospheric pressure bring about a localised increase in sea-level known as a ‘storm surge’.

And because climate change will impact nuclear plant earlier and harder than industry, government or regulatory bodies may expect, efforts to mitigate global heating risk will mean significantly increased expense for any nuclear construction and operation,[9] on-site nuclear waste stockpiles and decommissioning. [10]

A key concern is that about 516 million people world-wide live within a fifty mile (80km) radius of at least one operating nuclear power plant, and 20 million live within a ten mile (16km) radius.

Since at least 100 nuclear power stations have been built just a few meters above sea-level, there’s no question that nuclear stations are, quite literally, on the front-line of climate change risk – and not in a good way. [12]

For example, the US Nuclear Regulatory Commission concludes the vast majority of their nuclear sites have already experienced flooding hazard beyond their design-base. [13]

And a recent US Army War College report states that nuclear power facilities are at ‘high risk’ of temporary or permanent closure due to climate threats - with 60 percent of US nuclear capacity now vulnerable to sea-level rise, severe storms, and cooling water shortages. [14]

The key ‘take-way’ from all this is that nuclear’s lower-carbon electricity USP sits in the context of the much larger picture - that nuclear will be one of the first, and most significant, casualties to ramping climate impact.

The unfortunate reality is that nuclear, far from helping with our shared climate problem, will add to it. In other words, review of recent peer-reviewed published climate impact data implies a substantive reassessment of nuclear’s role in net-zero.

In practice, this means that models of seasonal, decadal, and future climate change impact on nuclear infrastructure must be accounted for, including rapid change extreme events, abrupt interactions and feedbacks.

Comprehensive nuclear industry and regulatory risk assessments based on ‘all case’ scenarios must be published and regularly updated as fundamental scientific climate impact evidence evolves.

This must include costings for any necessary mitigation measures and a range of contingency plans for the swift onset of climate-driven severe weather.

The unfortunate fact is that risks to nuclear installations from sea-level rise and extreme climate events will not be linear.

There will be thresholds at which existing natural and built barriers are exceeded as storm surge and precipitation intensity increasingly erodes coastal and inland nuclear infrastructure flood defences.

This means that nuclear industry and regulatory efforts to mitigate climate risk will involve very significantly increased expense for any nuclear construction, operation, waste management, decommissioning – then relocation or abandonment.

Dr Paul Dorfman is an academic at the  UCL Energy Institute, University College London, and also the founder and chair of the Nuclear Consulting Group.