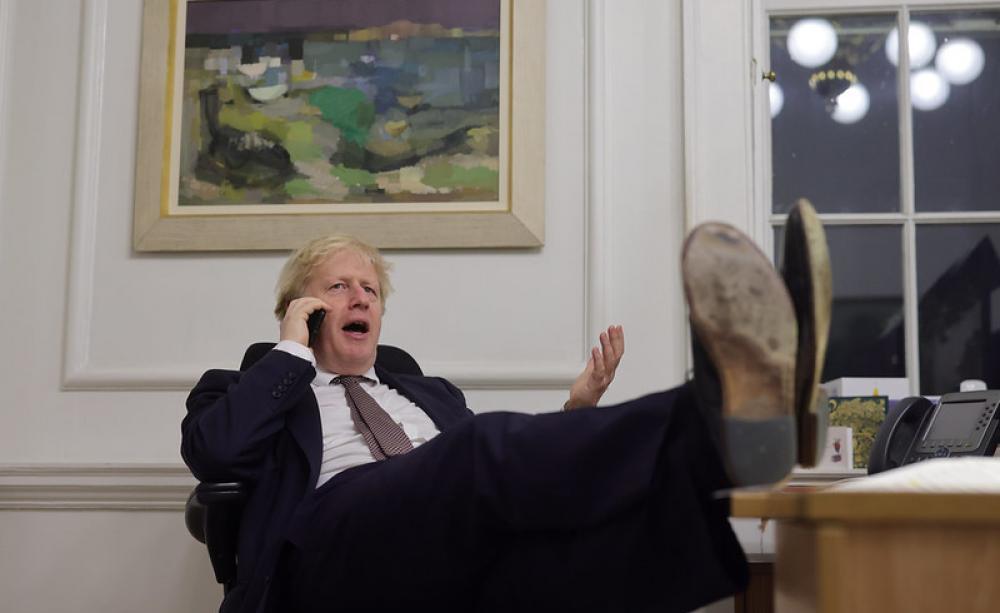 Flickr
Number 10
COP26 is our last ditch attempt for unity in preventing the greatest global crisis humanity has ever faced.

Will humanity 'grow up' and unite in the face of its greatest challenge ever?

When the world descended upon Paris in November of 2015, the twenty-first edition of the Conference Of the Parties (COP21) resulted in the most significant international agreement on climate change to date.

Through it, the countries attending - the parties - consented to keep global heating beneath two degrees celsius, preferably 1.5C, with a pledge to submit “nationally determined contributions” (NDCs), essentially roadmaps on how they would get there.

It is the latest version of these which will come under review during COP26 for the first time, as the window for action to limit the onslaught of climate tightens.

For the UK, the event is of even greater import as it vies to take up the mantle of climate leader, not least because the host nation plays a role in steering the direction of the conversation.

"It's time for humanity to grow up," admonished UK prime minister Boris Johnson at the United Nations General Assembly last month, going on to describe the upcoming summit as a "turning point for humanity".

More than 25,000 people from more than 190 countries will descend upon the Scottish city of Glasgow starting October 31.

Negotiations are scheduled to run between 1-12 November, though it is not uncommon for these conversations to spill over into extra days and nights  as countries butt heads on what they deem an acceptable balance between national and global interests.

Once underway, the summit will represent one of the biggest and most significant international meetings to be organised in the midst of the Covid19 pandemic.

Attendees will range from Pope Francis and US president Biden to scientists, NGOs, observers and reporters to Friday’s for Future, Greenpeace and Extinction Rebellion activists from as far flung as Namibia, India, Japan or Mexico.

Vaccines have been “strongly recommended” by the UK government, which has been offering free vaccines to anyone who wants one, though some have yet to receive them.

Will humanity 'grow up' and unite in the face of its greatest challenge ever?

As the yearly climate negotiations are organised under the auspices of the United Nations, meeting attendance is not preconditioned by them, however, full vaccination is  strongly encouraged, as anyone seeking accreditation will confirm.

In a world where less than half of all adults have been inoculated, the inequities of the global response to planetary crises are becoming sorely evident.

Many participants will be coming from countries where the jab is not widely available, a fact activists have been quick to point out and even use to decry going ahead with a face to face summit.

Swedish climate activist Greta Thunberg, for example, has said she would only attend if it is "considered safe and democratic" - which entails ensuring delegates from poorer countries are fully vaccinated and able to travel without let or  hindrance.

The former UN climate chief, Christina Figueres, meanwhile, felt the gathering should have been a hybrid of in-person and virtual talks.

Beyond the woes of the pandemic, controversy will almost certainly centre on whether any agreement reached will suffice to limit the excesses of climate change.

To date 113 countries have submitted new or revised NDCs, which the UN has abruptly declared to be “nowhere close to the level of ambition needed to limit climate change to 1.5 degrees and meet the goals of the Paris Agreement.”

The original deadline for submission of these updated pledges was in fact 2020, but due to unforeseen circumstances this largely fell by the wayside.

Around 70 percent of countries - representing some 60 percent of global emissions - have complied, and if they were to be fulfilled would represent  roughly a 2.4C temperature rise.

Still, Patricia Espinosa, the executive secretary of UN Climate Change said as recently as last month that despite “time left before COP26 (being) short, … I hope we may still see many more NDCs”.

Outstanding homework is still owed by countries like Australia, China, India and Saudi Arabia, prompting COP26’s president to call on slacking members of the world’s top 20 economies to “step up”, adding that “the response of the G20 will quite simply be make or break for keeping 1.5C within reach.”

Thankfully, on the very eve of the climate summit, G20 heads of state and government  will be having their very own gathering in Rome between October 30th and 31st.

From Italy, many will make their way to Glasgow before heading home, no doubt in a bid to reduce their carbon footprint, where it will fall upon the UK presidency’s power of persuasion to convince fellow well endowed economies, and others, to aim for more ambitious pledges.

One of the major sticking points the 26th UN climate gathering will face can trace its roots to 2009, when “developed” countries committed to deliver $100bn per year towards climate financing for “developing” nations by 2020.

These funds aim to both help reduce emissions - by upgrading energy tech, for example - as well as mitigating and adapting to the impacts climate change will irreversibly visit upon them, thanks to a century's worth of industrialisation and emissions by a developing “developed” world.

Though 2020 numbers are yet to come in, with 2019 being $20bn short, coupled with the global downturn imposed by the pandemic, expectations are not exactly high. If developed nations fail to keep their pledge, broken trust could very well impede significant advances.

Leading on from this, especially for “least developed” countries, the issue of loss and damage becomes critical.

A statement issued by Sonam P. Wangdi, chair of the Least Developed Countries Group under the UNFCCC, the UN climate secretariat, described their citizens to be “suffering in a variety of ways as a result of a crisis that they did little to cause.”

The time had come “to discuss how the international community can fairly address the loss and the damage manifesting in developing countries because of climate change.”

Harking back to the Paris Agreement, though touted as a great achievement, many of the finer details were not nailed down in its scant 25 pages.

This meant many crucial, albeit messy, issues were kicked down the road, including rules on progress reporting, deadlines and how international carbon markets - including caps on emissions and price tags on excess, to name two - should work.

This last one is particularly sticky since miscalculated - or selfish - carbon “offsetting” may not accurately reflect long term effects or reductions, torpedoing global efforts in the long run.

Additionally, a few other thorny issues have yet to be agreed upon. These include rules on how countries should report progress, setting deadlines for climate pledges, along with an ongoing debate about how international carbon markets should work.

Along with giving thanks for coming, the  UK presidency has had the major task of persuading “the parties” to adopt “slightly” more ambitious commitments thrust upon it, to be fulfilled by the end of the summit.

This issue may prove to be central to history’s judgement on the gathering: will humanity “grow up” and unite in the face of its greatest challenge ever, or will the parties sample the punch instead?

For Sharma as COP president, the event represents the moment when the world will finally “consign coal to history”, placing pressure on the gathered parties to put an end to coal powered energy.

However, no formal negotiations in this regard are currently underway. In fact, the Paris Agreement doesn’t even allude to fossil fuels.

Despite this, lukewarm encouraging signs in the form  more pledges by the world’s top economies, the G7, as well as China, to put a stop to foreign funding of coal exploits (whatever that means), plus Captain Britain’s relatively successful, albeit  turbulent, history with phasing-out coal, leaves room for ever the slightest smattering of cautious optimism.

Speaking to Johnson’s mention of cars, the UK is actively encouraging the community of nations to phase out petrol cars by 2040.

Similarly, new climate financing objectives will be encouraged, as “developing” nations rally behind an increasingly urgent need for support in terms of climate mitigation and adaptation.

Forestry will also make its debut, as a swathe of deals perched to learn from errors in past forest protection efforts are tabled, according to Canada’s Climate Action Network.

Ultimately, COP26 is all about trust. In light of ever hotter summers, devastating wildfires blotting out the sun from New York to Sao Paulo, flash floods from Germany to China, credibility is on the line.

How serious are our leaders about stewarding us away from the brink of climate hell?

The coming weeks are sure to serve as an indicator of what we can expect over the next decade to keep the limit of 1.5C within the realm of the plausible.

COP26, in no uncertain terms, represents a last ditch attempt for unity as a species to stand up to the greatest global crisis humanity has ever faced, collectively.

Nicolás Eliades has been working in international, political and organisational communications, including journalism, for well over 20 years, spanning four continents. He was born in Nairobi, Kenya and brought up in a Colombian and Cypriot-South African household. Multiculturalism is his way of life. Past employers include US Department of State, EU’s European Commission, renown Colombian daily El Espectador, Africa’s biggest broadcaster, SABC, and George Soros’ Open Society Foundations.