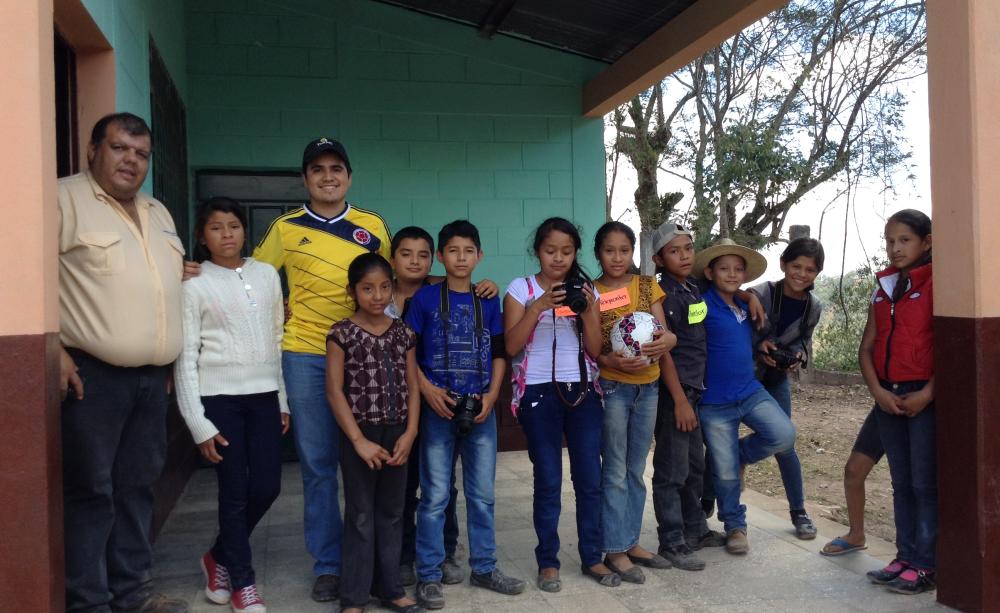 Training to help integrate smallholder farmers and their families to improve their resilience to climate change.

The wet gets wetter, the dry gets drier, the rich get richer, the poor get poorer. Everything gets more extreme.

The drought had already set in when sixteen year old Juan de Leon Gutiérrez left Tizamarte, Guatemala, to go to the United States in April 2019.

The coffee plants were dying where he had worked in the fields for $3 per day. The family was rationing and only eating one meal per day. Juan was hoping to join his brother.

He had told his mother, Transito: “Mommy, I am going to cross over the border and I will send you money. It may not be every day, but I will when I can.”

This series of articles has been published in partnership with Dalia Gebrial and Harpreet Kaur Paul and the Rosa Luxemburg Stiftung in London. It first appeared in a collection titled Perspectives on a Global Green New Deal.

Even so, Transito didn’t want her teenage son to go to the US. Hardship and even death had long been part of Washington’s deterrence strategy on its southern border.

Juan was not alone. As more people are being displaced in Central America the border policy in the US is quickly becoming its climate policy.

Between 2017 and 2019, twelve other families facing similar circumstances had departed Tizamarte for the US. And the intensifying droughts in Tizamarte is but a microcosm of a larger Central American problem.

The area known as ‘the dry corridor’ extends over Guatemala, Honduras, El Salvador and beyond. Here, 1.4 million people are now at risk of hunger due to a combination of drought and torrential rain and floods.

Eight in ten households were resorting to “crisis coping mechanisms,” according to the World Food Programme (WFP). More than 25 percent could not afford a basic market food basket, and 30 percent of those who have migrated from the dry corridor cited weather as their main reason.

In Central America, as climate scientist Chris Castro puts it: “The wet gets wetter, the dry gets drier, the rich get richer, the poor get poorer. Everything gets more extreme.”

The term “catastrophic convergence,” coined by sociologist Christian Parenti in his book Tropic of Chaos: Climate Change and the New Geography of Violence, captures well what Castro was describing.

As in many places around the world, today’s ecological disruption exacerbates already-existing and long-standing economic and political crises that have already pushed people to the furthest brink.

In Guatemala the catastrophic convergence is vivid.

The country has long had a system more beholden to economic oligarchies - both multinational corporate and local elite), and its structural political and economic precarity can be traced in many ways to the United States.

The wet gets wetter, the dry gets drier, the rich get richer, the poor get poorer. Everything gets more extreme.

Since 1900, the United States has blasted the atmosphere with 700 times more carbon emissions than Guatemala, El Salvador, and Honduras combined.

With so many factors at hand, it is difficult to parse out exactly how many people are on the move due specifically to climate change.

However, it is estimated that as many as one in three people could be displaced for climate-related reasons across the globe by 2070, many from Central America. In this reality, the United States has built over the last 25 years a foreboding border apparatus.

Countless billions of dollars have been spent on 700 miles of walls, surveillance technologies, and more than 20,000 armed Border Patrol agents, not to mention the US pressure, financing, and training of Mexican immigration, police, and military forces to patrol its southern border with Guatemala and Belize.

The Department of Homeland Security has long been aware of the serious droughts inflicting the Central American/Guatemalan countryside and understands it as a driver to migration.

But this awareness has not led to any discussion of a climate status, but rather a more long term strategy to prepare US borders for “mass migration.”

US border strategy has long been one of “deterrence” including the possibility that the crossing would put people in “mortal danger,” as put in a 1994 Border Patrol strategy memo.

In Juan’s case, that proved to be true.

When the US Border Patrol arrested him after crossing in early April, he was placed in a detention center for children.

Two weeks later, he fell ill and died on April 29, one of many children who died in US custody in 2019. “I lost my son,” a devastated Transito told Al Jazeera. Unless something changes, this will continue to be the inevitable result of US climate policy in the 21st century.

Todd Miller is an independent journalist based in Tucson, Arizona.