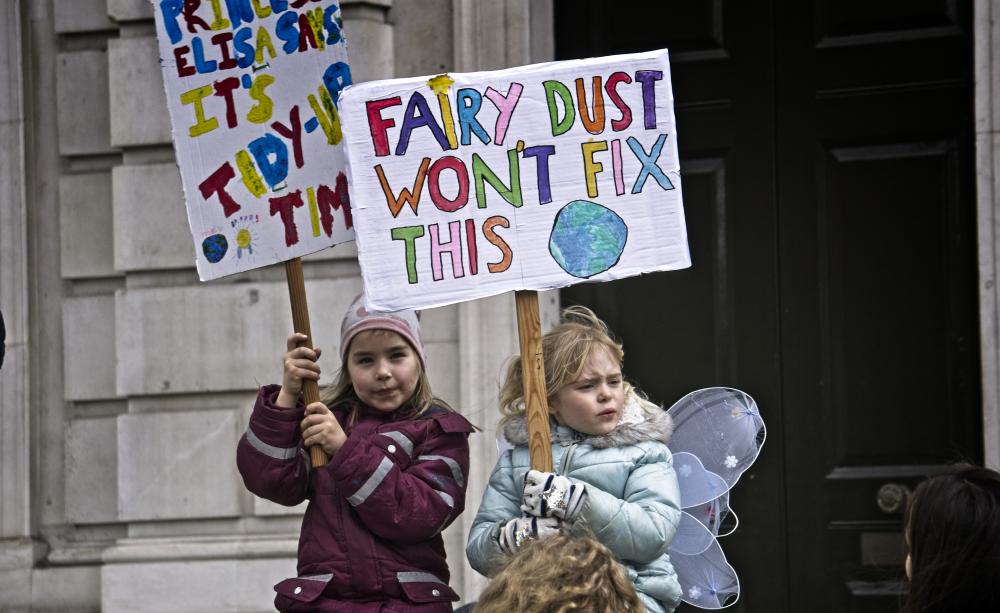 Photos taken at the Global Climate Strike in London on Friday 15th March 2019.

Flickr
Garry Knight
As presidents and prime ministers will jet into Sharm El Sheikh for COP27 protesters will take to the streets of Edinburgh.

We see the suffering of climate-impacted people around the world and we stand in solidarity with them and in particular with the people of Egypt who are being denied their human rights by a brutal regime.

Protesters will renew their calls to end the use of fossil fuels as they march on the Scottish Parliament later this month as world leaders gather in Egypt for the latest round of climate talks.

Presidents and prime ministers will jet into Sharm El Sheikh later this month as part of Cop27 – the next in a series of talks aimed at bringing climate change to a halt after the Glasgow summit last year – and on November 12 protesters will march through Edinburgh.

Mary Church, head of campaigns at Friends of the Earth Scotland, said that the “climate crisis demands action on a global scale” and that “governments and corporations are adding fuel to the fire by going after more fossil fuels and fantasy techno-fixes that will only serve to delay action and line the pockets of the rich”.

“We are marching to demand real solutions that will halt climate breakdown and improve ordinary people’s lives, an end to fossil fuels and a just transition to safe, affordable renewables,” she said.

“We see the suffering of climate-impacted people around the world and we stand in solidarity with them and in particular with the people of Egypt who are being denied their human rights by a brutal regime.”

The protest will begin in St Andrew Square at midday before making its way past HSBC and Santander in Hanover Street, along Market Street to the UK Government’s office in Sibbald Walk, and then ending outside the Scottish Parliament at the bottom of the Royal Mile.

Protesters said the march is part of a global day of action, and will also feature members of Extinction Rebellion which said its campaigners would be highlighting the need for those who have had their homes and livelihoods destroyed by climate change to be compensated for their loss.

Joan Forehand, from the organisation, said: “None of us are going to be insulated from the climate crisis but there is terrible injustice and unfairness to this catastrophe.”

The campaigner added: “It’s only fair that loss and damage payments are given to those who will suffer the most from this crisis, through no fault of their own.”

Several other organisations will take part in the march, including Global Justice Now, Tipping Point and the Edinburgh Climate Coalition.

Luke Henderson, co-ordinator of the coalition, said everyone who cared about the environmentneeded to “show it to the world by joining this mass mobilisation”.

“It is clear that our government won’t act urgently enough to reduce climate-changing emissions and so it is up to us, the people, to push them into action,” he said.

Dan Barker is a reporter with PA Scotland.