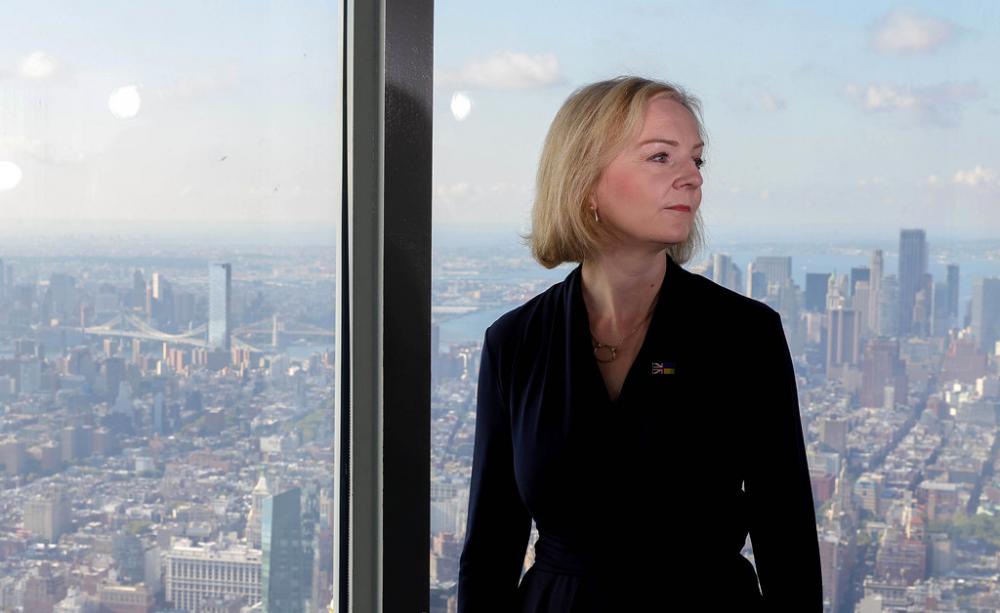 Flickr
Number 10 / Creative Commons 2.0
Labour calls on Tories to seize opportunity to end fracking ‘once and for all'

"Labour is standing up to Liz Truss’s unjust charter for earthquakes."

The Labour Party opposition in the UK is calling on Tory MPs to seize an opportunity to end fracking “once and for all” by backing a move to pave the way for a vote on the issue.

The party will use an opposition day debate on Wednesday to put forward a motion which, if passed, would guarantee time in the Commons for a Bill to ban the controversial gas extraction technique for good.

Labour says it wants to give MPs a chance to overturn the UK Government’s decision to lift England’s fracking ban, which broke a Tory manifesto promise.

The moratorium had been in place since 2019 following a series of earth tremors. Some MPs have been clamouring for a vote on the issue, while the Government has insisted that future applications will be considered where there is local support, although it is not clear how that will be measured.

Labour said it will make it “clear” in the debate that it continues to be open to ministers providing an opportunity in Government time for a binding vote on the matter.

Shadow climate change secretary Ed Miliband hit out at what he dubbed the prime minister’s “unjust charter for earthquakes”, as he said Labour would stand up to her plan to “outsource decisions about local consent to fracking companies”.

Ahead of the debate, he said: “Today Conservative MPs have a simple choice; do they break the manifesto commitments they made to their constituents and allow the government to impose expensive, unsafe fracking on communities that do not want it, or will they support Labour’s ban on fracking once and for all?

“Labour is standing up to Liz Truss’s unjust charter for earthquakes, including her plans to outsource decisions about local consent to fracking companies, because fracking would make no difference to energy prices, and would risk the health of local communities, nature, and water supplies.

“Every Conservative MP who opposes fracking must now put country over party and support Labour’s ban on fracking.”

Fracking is the process of hydraulic fracturing, which uses high-pressure liquid to release gas from shale formations.

The 2019 Conservative manifesto pledged not to lift England’s moratorium unless “the science shows categorically it can be done safely”.

A government-commissioned report by the British Geological Survey (BGS) suggested more data was needed, but despite the lack of scientific progress, Ms Truss’s administration has torn up the Tory commitment.

Ami McCarthy, political campaigner for Greenpeace UK, said both the prime minister and business and energy secretary Jacob Rees-Mogg “know that nobody voted for fracking”.

“This government should instead crack on with cheap, clean, homegrown solar power and onshore wind and focus on making people’s homes warmer,” she said.

“Conservative MPs owe a duty to their voters. Their political survival depends on it.”

Jamie Peters, from Friends of the Earth, said the decision to reverse the fracking ban was “rash” and “ill-thought through”.

“If there wasn’t already strong enough opposition from communities facing the threat of fracking where they live, there’s growing evidence that MPs from all parties don’t want it either,” he said.

“Why revive a zombie industry like fracking when we could be rolling out the measures that will actually lower our energy bills and cut harmful carbon emissions, such as insulating the UK’s heat-leaking homes and investing in cheap and popular renewables?

“This would genuinely support our energy security and is much quicker and cheaper to deliver.”

A spokesperson for the Department for Business, Energy and Industrial Strategy said: “In light of (Vladimir) Putin’s illegal invasion of Ukraine and weaponisation of energy, the Government is taking steps to increase home-grown sources of energy, reduce the UK’s reliance of foreign imports and explore all possible options to boost domestic energy security.

“The government has lifted the moratorium on UK shale gas production, enabling developers to seek planning permission where there is local support.”