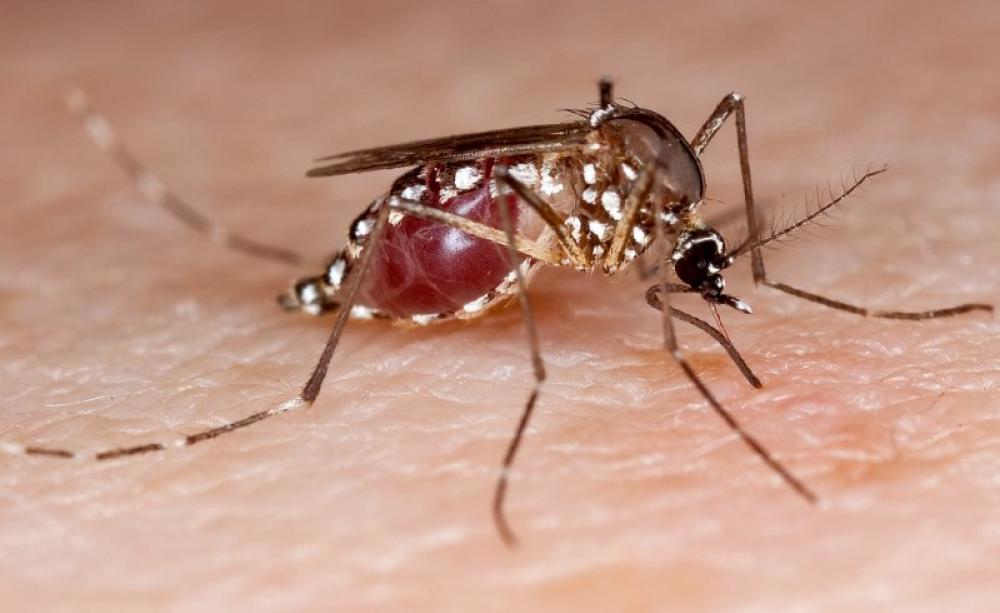 While Intrexon may be intriguing, the jury is still out on Oxitec's ability to curb the spread of Zika virus better than existing methods. For that reason, investors might be better off focusing on other investment ideas.

This week PR Newswire carried an announcement by a law firm that is investigating the biotech firm Intrexon for allegedly misleading investors and potentially violating US securities law.

The law firm cites allegations in a new report on Intrexon's performance and prospects from a company called Spotlight Research.

The law firm invites people who have purchased shares or have information on Intrexon's dealings to get in contact. Two other law firms have also launched investigations.

Intrexon owns the GM mosquito firm Oxitec. Intrexon shares rallied by around 100% in the past three months due to the hype around the company's ability to use GM mosquitoes to combat the Zika virus. Zika is blamed for causing birth defects in babies born to mothers who were infected with the virus during pregnancy.

Is the hype justified? Not according to Spotlight's report, which was published last Thursday, 21 April. The report says Oxitec's GM mosquito technology "won't work, is way too expensive, and is many years from generating even minuscule revenue from Zika virus despite adding $2 billion of market cap due to the hype".

Intrexon shares fell nearly 30% on the day of the report's publication. They stand at around $27 today, down from $38 ion 17th April and a January high of $45. What does Spotlight's report say? Here's a summary.

In its report, Spotlight likens Intrexon to Theranos, a biomedical company that became mired in controversy after reports that it failed to deliver on its hyped promises while also trying to hide its problems - and is now the subject of a criminal investigation.
Bill Maris, founder of Google Ventures, explained why Google Ventures did not invest in Theranos:

"We looked at it a couple times, but there was so much hand-waving - like, look over here! - that we couldn't figure it out. So we just had someone from our life-science investment team go into Walgreens and take the test. And it wasn't that difficult for anyone to determine that things may not be what they seem here."

Spotlight's analysts believe that they see the same syndrome at Intrexon: "We saw the 'hand-waving' at Intrexon and the promotional activity of the company's charismatic founder as serious red flags and began our intensive due diligence. We are shocked by what we have found."

Spotlight claims that in a series of eight reports, it will "debunk all core aspects of the bull case to comprehensively demonstrate that things are definitively not 'what they seem here'."

In the report, Spotlight states that Intrexon's technology has been questioned by high-ranking officials from the World Health Organisation, the Centers for Disease Control, and the National Institutes of Health. It adds, "Smart money is hitting the 'eject' button and leaving retail investors holding the bag."

According to the report:

Spotlight says that this "self-proclaimed 'Google of life sciences' technology platform is an overhyped, undifferentiated collection of commodity and failed products".

It adds that the company "employs lots of fancy jargon to explain their core technologies" - but "we examined each closely and we found nothing more than a collection of products that anyone can (and does) use themselves smashed together with failed science experiments from years ago".

Thus, while Intrexon "can pursue as many clinical trials utilizing their commoditized technology as they like to keep the dream alive, such trials in our view are extremely unlikely to result in valuable commercial products in the future. And without a real prospect of commercialized products, there can be no meaningful equity value."

The report adds, "Intrexon has been around for more than 17 years and commercialized effectively zero meaningful commercial products using their own technology. Their technology is a 'secret'. Nobody can explain exactly what they do ... The company is only able to generate revenue through related party transactions and selling livestock. The fair value of this company is minuscule compared to its current market cap of ~$4.5 billion."

Spotlight says that if Oxitec's GM mosquitoes, which are engineered to be sterile, were shown to effectively combat the Zika virus, that could be a "game-changer" for Intrexon - but "we think that it clearly is not." Oxitec has spent a decade fighting dengue fever and malaria, two far more serious diseases than Zika, with its technology, but "wasn't able to generate any meaningful amount of revenues... why should Zika be any different?"

The report points out that "Oxitec has never actually measured the impact of dengue fever on its GM mosquito releases in any country, despite a scientific consensus that such measurements would be necessary to determine whether the technology was effective."

What's more, Spotlight says, there is some evidence to suggest that Oxitec's GM mosquitoes actually make things worse rather than better: "A village in Brazil where the mosquitoes were being tested showed an increase in dengue fever cases."

In an apparent comment on the potential for Intrexon to capitalize on the fear that's been generated around the Zika virus, Spotlight says that the company is not allowing the facts to get in the way of a good story, "particularly when it involves scaring consumers / retail investors into buying up Intrexon stock".

Oxitec's GM mosquitoes are just one of a number of risky GMO products that have been acquired by Intrexon. The company also owns Okanagan Specialty Fruits, developer of the GMO Arctic apple. Growers are reportedly shunning it in order to avoid the GMO stigma.

Intrexon also owns the majority share of AquaBounty, the developer of GMO salmon. Commercialization of the salmon has stalled, pending the US FDA issuing labelling guidelines. Even if the GMO fish does make it onto the market, some retailers have said they won't stock it.

In a statement released last Friday, Intrexon called the Spotlight report "materially false and misleading" and said it appears to be part of a hedge fund campaign to manipulate the company's stock, damage the reputation of the company and its CEO, and benefit from the consequent trading activity. It also said that it had sought the advice of lawyers and was taking "appropriate steps".

In the midst of the row, Intrexon CEO Randal Kirk was named by Wired magazine as one of "25 geniuses who are creating the future of business". Kirk told Wired, "Analysts don't understand our company."

In spite of Intrexon's indignant response, Spotlight's report appears to have struck a chord with some analysts. The stock commentary website Citron Research responded to the report by saying that it had previously sold its shares in Intrexon "as we found none of the company's businesses to have any imminent viability".

It added, "its businesses are too scattered with partners that Citron believes are not as they appear to be. Lastly, what has bothered us about Intrexon is while the company has not been shy about going to investment conferences and selling stock offerings, they were never able obtain a smart money biotech shareholder. If they don't get it, then we don't get it."

The investment website, The Motley Fool, also reacted with a downbeat verdict on Intrexon's performance and prospects:

"Despite several potentially promising research programs underway, Intrexon remains unprofitable, with management reporting an operating loss of $147 million in 2015 ... Intrexon lost investors $84 million last year ... While Intrexon may be intriguing, the jury is still out on Oxitec's ability to curb the spread of Zika virus better than existing methods. For that reason, investors might be better off focusing on other investment ideas."

My own verdict on the Spotlight report is that its motivation and provenance are uncertain - I couldn't find out much about Spotlight Research and the document's authors are anonymous. But the case made against Intrexon and Oxitec's GM mosquitoes business appears convincing and reflects what we and other critics of this approach to insect-borne diseases have said for many years.

Now, with the law firms' involvement, the questions over the worth of Intrexon's GMO 'solutions' may not be solved in Internet debates, but in the courts.

Claire Robinson is managing editor at GMWatch, a public news and information service on issues surrounding GM crops and foods.

This article was originally published by GMWatch.