Experts 'stunned' at how fast oceans are warming 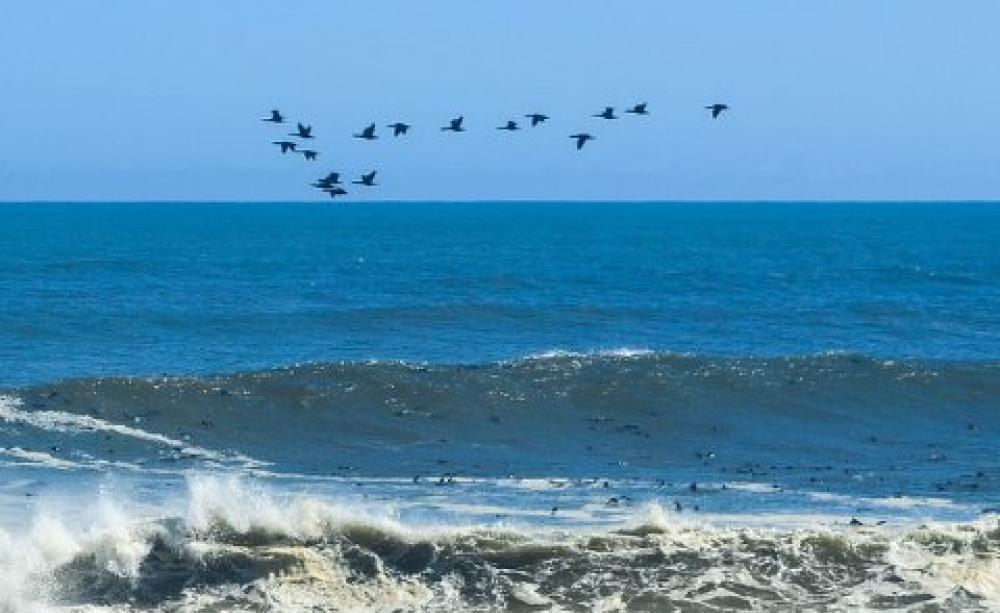 Getting warmer far faster than thought - the Atlantic Ocean at Cape Cross, Namibia. Photo: jbdodane via Flickr.
Southern hemisphere oceans are warming at double the expected rate, a new study has found. This may explain why surface warming has slowed over the last decade - the oceans have absorbed the 'missing' heat.

An important result of this paper is the demonstration that the oceans have continued to warm over the past decade, at a rate consistent with estimates of Earth's net energy imbalance

Southern Hemisphere ocean temperatures have been rising much more quickly than previously thought, so much so that global ocean warming may have been underestimated by as much as 24 - 55%, according to a new study.

Published by the journal Nature Climate Change and carried out by researchers at the Lawrence Livermore National Laboratory, the study sought to determine just how much we've underestimated long-term upper-ocean warming given the scarcity of data collected on Southern Hemisphere ocean temperature increases.

"It's likely that due to the poor observational coverage, we just haven't been able to say definitively what the long-term rate of Southern Hemisphere ocean warming has been", said the study's lead author, Dr. Paul Durack.

Twice as much ocean warming as expected

Durack and the other researchers used satellite data, which offers accurate assessments of sea-level rise, predictions based on published findings in Northern Hemisphere oceans, and "a large suite of climate models".

They discovered that not only has there been perhaps twice as much ocean warming as scientists had thought, but that the upper layers of the world's oceans - the top 700 meters, or just under 2,300 feet - have been impacted the most by climate change.

"We continue to be stunned at how rapidly the ocean is warming", Sarah Gille, a Scripps Institution of Oceanography professor who was not involved in the study, told Climate Central.

"Even if we stopped all greenhouse gas emissions today, we'd still have an ocean that is warmer than the ocean of 1950, and that heat commits us to a warmer climate", Gille says. "Extra heat means extra sea level rise, since warmer water is less dense, so a warmer ocean expands."

The 'missing heat' has gone into the oceans

According to Climate Central, the oceans have risen 8 inches since the industrial revolution, and are predicted to rise another 2 to 7 feet by the end of the century.

Oceans absorb 90% of the heat created by global warming from greenhouse gas emissions, so it has long been suspected that a slow down in the increase of global surface temperatures since 2005 was due to the oceans absorbing that excess man-made heat. This study goes a long way to showing that that is indeed the case.

"An important result of this paper is the demonstration that the oceans have continued to warm over the past decade, at a rate consistent with estimates of Earth's net energy imbalance", says Steve Rintoul, a researcher at Australia's Commonwealth Scientific and Industrial Research Organisation.

"While the rate of increase in surface air temperatures slowed in the last 10 to 15 years, the heat stored by the planet, which is heavily dominated by the oceans, has steadily increased as greenhouse gases have continued to rise."

Mike G writes for DeSmogBlog, where this article was originally published.