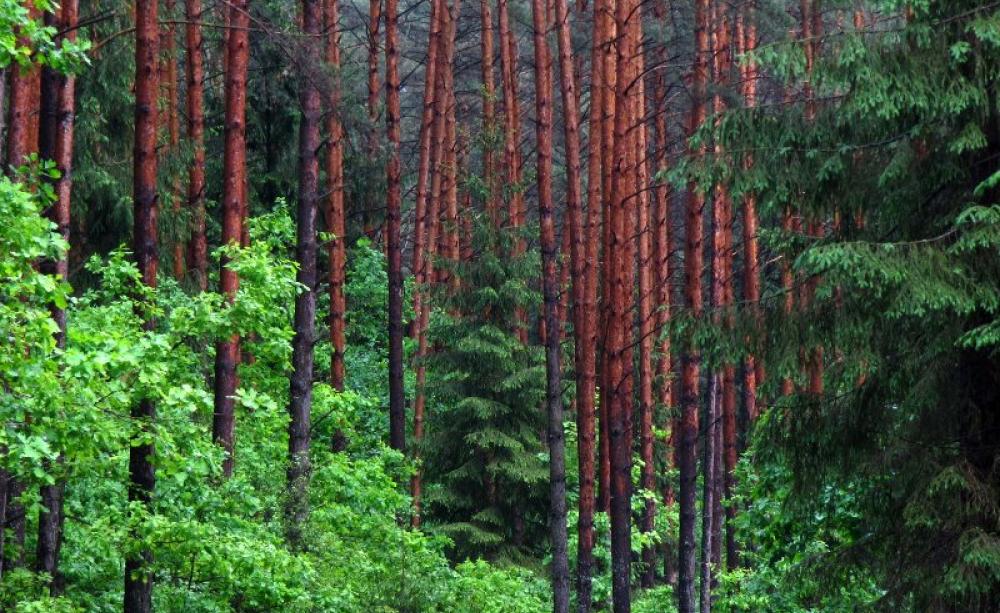 The Augustow Primeval Forest in Poland - saved from a motorway project by the EU's nature laws. Is the problem that they work too well? Photo: Erik de Haan via Flickr (CC BY-NC).
The EU's nature directives provide effective protection for endangered species and habitats, writes Leonardo Mazza. So why the Commission's decision to 'review' and 'modernise' the laws? With its commitment to business-friendly deregulation and uninterest in the environment, the aim is surely to gut them - something only EU-wide citizens' mobilisation can prevent.

The reality is that most of what some may call 'burdens' are not unnecessary bureaucratic procedures. They are the social and environmental standards that protect us all and the world we live in.

Deregulation is often packaged as a fight against red tape or a drive to improve efficiency by removing so-called 'burdens' on business or 'barriers' to trade.

But such 'burdens' are the social and environmental standards that protect us all and the world we live in.

With human activity responsible for both dangerous levels of damage to natural habitats in Europe and the onset of the biggest mass extinction event in over 65 million years, we should be asking what more we can do to protect Europe's most vulnerable plants and species, not assessing rules that are there to protect the environment against a set of outdated jobs and growth objectives.

Unfortunately, the European Commission currently seems to be intent on the latter.

As part of its deregulation drive - known as the 'Better Regulation' agenda, the EU's executive body has put the spotlight on two little-known but vital EU nature laws by holding a review of the Birds Directive, and the Habitats & Species Directive - a 'Fitness Check' in Brussels parlance.

By setting limits and restrictions on where and how land can be used and developed, the aim of these laws is to ensure the most-threatened species and habitat types are protected, maintained, or restored to favourable conservation status across their natural range.

If a project is given the go-ahead in an area designated for nature protection under these EU laws, developers will usually be required to avoid or minimise the destruction of protected species and habitats.

The laws work - so what is 'modernisation' meant to achieve?

Such thorough but flexible rules have resulted in higher levels of nature conservation and the protection of species like the Eurasian lynx, the European beaver and the Blue butterfly, as well as over 2,000 habitats such as marshlands, estuaries, mountains, coastal lagoons, meadows, dunes and grasslands, to name a few.

In total, 20% of Europe's land and 4% of its marine sites are protected - the biggest network of protected areas in the world.

Taking a look at legislation to check it is still relevant is not problematic in itself. Yet, while the official outcome of the review won't be known before the end of the year, European Commission President Juncker has already asked Environment Commissioner Vella to investigate merging the two Directives into a "more modern piece of legislation" - sentiments echoed by Frans Timmermans, the Commission's First Vice-President who has been tasked with leading President Juncker's deregulation push.

The reality is that most of what some may call 'burdens' are not unnecessary bureaucratic procedures. They are the social and environmental standards that protect us all and the world we live in.

What makes it difficult to believe that the Commission is as committed as it says it is to the level of ambition spelled out in the EU Biodiversity Strategy and in the objectives of the Birds and Habitats Directives is the fact that biodiversity and environment do not feature on Juncker's list of top-ten political priorities.

The facts show that these laws are effective at protecting plants, species, and habitats. The Commission has launched infringement procedures against member states where planned infrastructure projects would have destroyed habitats and wildlife protected under EU nature laws.

In 2007, the European Commission took Poland to the European Court of Justice, challenging the government's plans to build a new 17.1 kilometre bypass through the Rospuda river valley - a series of unspoilt habitats within the Augustów Primeval Forest which is protected by EU nature legislation.

The European Commission successfully argued that the planned project would destroy "precious natural heritage" and Poland was forced to choose a new route for the bypass. If the site had not been protected by EU nature laws, the European Commission would not have had such a strong case against the project. Today Poland is exemplary in addressing conservation in all its planning activities.

Getting rid of these standards by introducing more flexibility would be sacrificing our natural world in the name of short-term profit-making, and opening up the legislation for revision will create years of legal uncertainty for both business and nature. Instead, these laws, widely regarded as exemplary by environmental experts, should be fully implemented and better enforced by EU countries to protect nature for future generations.

This singling out of the nature directives is particularly disturbing since the idea that nature laws impose unnecessary or disproportionate constraints on economic activity is a myth.

In reality, in 2014 the Commission's own High Level Group on Administrative Burden (known as the 'Stoiber Group') estimated that environmental regulation was responsible for just 1% of the total administrative burdens facing businesses, and in 2012 EU nature laws didn't even feature on a list of the top 10 most-burdensome EU laws for SMEs.

But there is a fightback. As part of this review of EU nature laws, a public consultation has been opened for European citizens to have their say.

And through 'Nature Alert', a campaign organised by four NGOs - the European Environmental Bureau (EEB), WWF, BirdLife Europe and Friends of the Earth Europe - over 325,500 people have responded to tell the Commission that they want Europe's nature laws not only maintained, but better implemented and enforced.

This is a record-breaking level of participation in a Commission public consultation, even surpassing the 145,000 responses to one on elements of the controversial EU-US trade deal - the transatlantic trade and investment partnership (TTIP).

And just as mounting public pressure has successfully slowed progress on TTIP and the imminent risk it poses for hard-fought-for social and environmental standards, so too can widespread public mobilisation against this attack on nature expose this new Commission's hostile approach to both new and existing environmental laws.

Deregulation is often packaged as a fight against red tape or a drive to improve efficiency by removing so-called 'burdens' on business or 'barriers' to trade, and its advocates defend it as 'not lowering standards'. But the reality is that most of what some may call 'burdens' are not unnecessary bureaucratic procedures. They are the social and environmental standards that protect us all and the world we live in.

EU citizens don't want an EU where environmental concerns are put on the back burner as leaders look for ways to indiscriminately deregulate to prove they are delivering on a 'growth and jobs' agenda.

They want nature at the forefront of EU policymaking - before it's too late to reverse the damage human activity has had on our natural world.

Take part in the public consultation on EU nature laws via Nature Alert, or fill the survey out in full on the European Commission website. The Consultation runs until 24 July.

Leonardo Mazza is the Senior Policy Officer for Biodiversity, Water & Soil Protection at the European Environmental Bureau (EEB). The EEB is the environmental voice of European citizens, standing for environmental justice, sustainable development and participatory democracy. We want the EU to ensure all people a healthy environment and rich biodiversity.

This article was originally published by openDemocracy under a Creative Commons Attribution-NonCommercial 4.0 International licence.