BP's logo all over Tate for under half percent of income 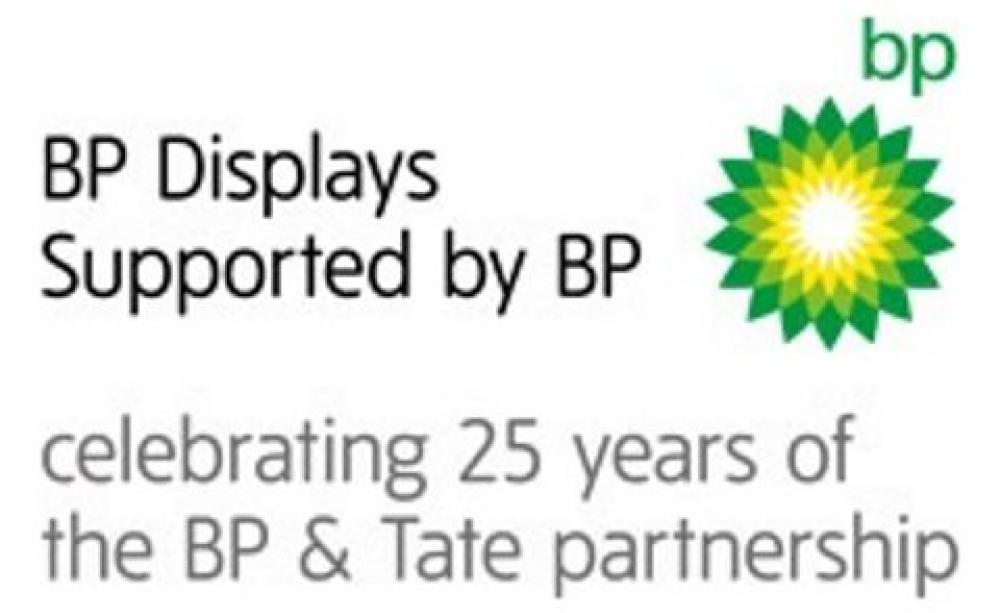 Tate's 'Walk through British art' - 'BP Displays, supported by BP, celebrating 25 years of the BP & Tate partnership'. From tate.org.uk.
Tate, the leading London art gallery owner, has revealed the price of the BP logos that plaster its exhibitions: under 0.5% of its income - but only after a court order forced it to do so.

A growing wave of universities, faith and government institutions are choosing to divest and break ties with the fossil fuel industry - it's time for Tate to join them!

Following a legal action the art charity that runs London's Tate Galleries has been forced into an embarassing revelation.

The sponsorship from the oil company BP, under which its logos adorn Tate's foyers, brochures and exhibitions is worth just £400,000 a year - under half a percent of its total income.

The sum is also under 1% of the charity's 'self-generated income' which includes funds raised from all sponsorship, donations and trading - and has also to increase since 2007/8.

'We never knew it was this little'

Anna Galkina of campaign group Platform, whose legal challenge forced Tate to divulge the figures, said that BP sponsorship was "even lower than we had estimated".

"The figures are embarrassingly small for Tate to go on justifying its BP relationship. BP desperately needs the 'social licence' provided by cultural sponsorship in order to continue trashing our climate. But Tate can clearly do without BP.

"A growing wave of universities, faith and government institutions are choosing to divest and break ties with the fossil fuel industry - it's time for Tate to join them!"

Rosa Curling, a solicitor at Leigh Day who has been working on the case, added: "Tate has fought and no doubt spent a large amount of money trying to keep this information secret.

"If public bodies are accepting sponsorship money from corporations such as BP, they must be open about how much they are receiving. Tate's actions have prevented proper public debate over the acceptability of the sponsorship, based on actual figures, for over three years."

Tate Ethics Committee: 'climate change is not our concern'

BP's sponsorship contract with Tate came up for review for a further five years in 2011, the year after BP's catastrophic Deepwater Horizon oil spill in the Gulf of Mexico - causing Tate Director Nicholas Serota to comment: "you don't abandon your friends because they have what we consider to be a temporary difficulty."

The newly revealed minutes of Tate's Ethics Committee, which reviewed BP sponsorship in 2010, show some scrutiny of BP's tar sands projects as well as of legal cases against BP as a result of the Deepwater Horizon spill. The minutes state:

"Tate has taken a public stance on sustainability and is arguably the cultural institution most in the public eye in the UK. In light of this the reputational risk to Tate of retaining BP as a partner is significant."

But the Ethics Committee concluded that "taking a moral stance on the ethics of the Oil and Gas sector ... is outside of Tate's charitable objectives."