Fight against oil drilling in Surrey 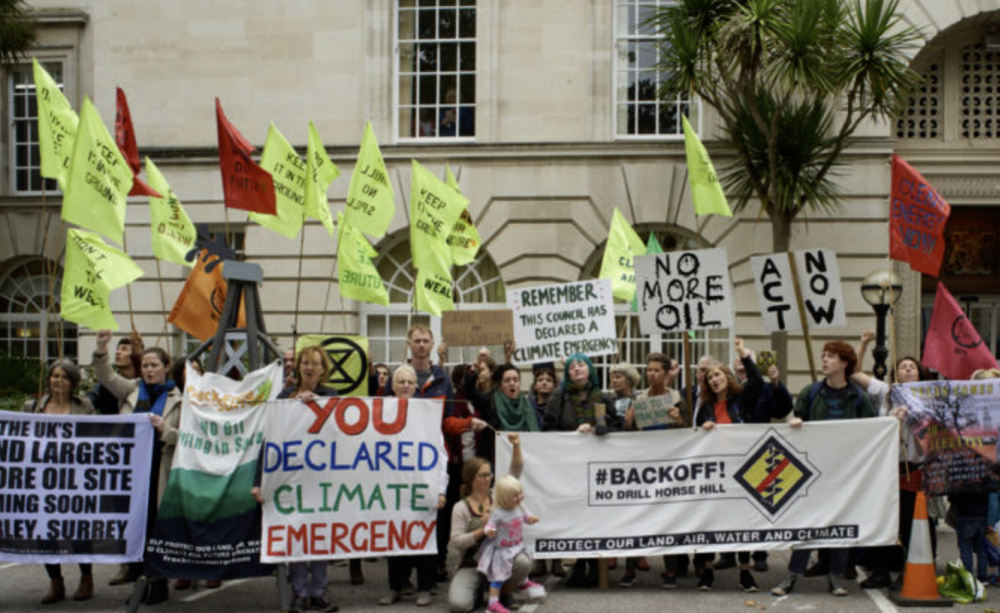 A Surrey campaigner will reach another key legal stage in her fight to prevent new oil wells being drilled near to her home in Redhill this week.

Lawyers acting for Sarah Finch will renew her application for a judicial review of Surrey County Council’s decision to grant permission to Horse Hill Developments to retain and extend a well site and to drill four new wells on land at Horse Hill, Surrey.

If it goes ahead, the development would mean production of hydrocarbons (oil and gas) would continue at the site for twenty years.

Sarah Finch, who is supported in her campaign by Weald Action Group, has been campaigning against drilling at the Horse Hill site, six miles from her home in Redhill, since 2013.

She is represented in her legal battle by Leigh Day solicitors. An initial bid for judicial review of the Council’s decision was refused on the papers by Mrs Justice Laing on 19 December 2019.

There will now be an oral hearing to reconsider the grounds on Thursday 13 February. The hearing will be open to press and public.

Sarah Finch’s challenge is on the following grounds: That the development fails to assess the indirect greenhouse gas impact; assess the proposed impact on environment protection; consider impact on seismicity; give adequate reasons for the development.

As part of the first ground of challenge, her lawyers will argue that the Council did not comply with the Environmental Impact Assessment  Directive (EIA) and the EIA Regulations because it failed to assess indirect greenhouse gas impacts of the proposed development.

Sarah Finch said: "I remain hopeful that I will be able to bring this Judicial Review and challenge the Council's decision to allow twenty years of oil production in a time of climate emergency - and in an earthquake-prone area.”

Leigh Day solicitor Anna Dews said: “Permission to bring a claim for judicial review is given where the Claimant has an arguable case that the decision complained of is unlawful, and our client believes that this test is clearly met in this case.

“The environmental impact of the proposed development at Horse Hill would clearly be serious and would be felt for generations to come.

“Despite that, the officer’s report which was before the Council merely records the amendment to the Climate Change Act 2008 along with the accompanying net-zero obligation but does not go on to analyse its relevance.”

This article is based on a press release from Leigh Day.