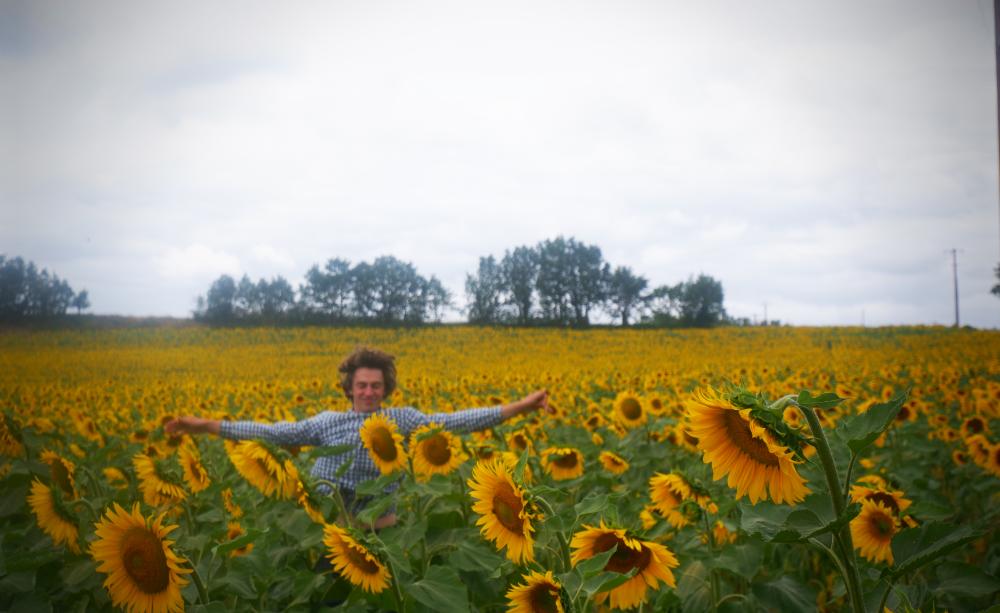 'I hope that this music may serve as a wake up call to help us become more aware of the glorious polyphonic soundworlds that surround us before they become extinct.'

He perceives the daily world around him, definitely with a child-like curiosity and wonder but also with a fair measure of genius.

Cosmo Sheldrake is a London-based multi-instrumentalist musician, composer and producer. His forthcoming album - Wake Up Calls - intends to alert us to the glorious sounds around us, as well as the peril that the natural world faces.

The album will be released on 18 September 2020. A lead single, ‘Cuckoo Song’ (composed by Benjamin Britten on an otherwise self-penned release) was out on 7 August 2020.

Cosmo Sheldrake genuinely defies categorisation, described as a maker of ‘baroque pop or folktronica indie’. No-one creates music quite the way that he does.

Son of a biologist Rupert Sheldrake and voice teacher Jill Purce and brother of mycologist Merlin Sheldrake, Cosmo Sheldrake released his first single ‘The Moss’ in 2014, which was followed by the ‘Pelicans We’ EP in 2015 and his debut album The Much Much How How and I in April 2018.

He has toured internationally, composed music for film and theatre, and in 2015 he ran a community choir. Cosmo releases music through his own label Tardigrade Records.

Cosmo collaborated with Bernie Krause at The Great Animal Orchestra exhibition at Foundation Cartier in Paris and in 2019 he developed a series of Wake up Calls, pieces composed entirely from recordings of endangered British birds, pieces which now form his next full-length album.

Wake Up Calls was created over a nine year period, using recordings of bird song featured on the red and amber lists of endangered British birds (with the exception of a Robin and a Blackbird, which aren’t endangered – yet).

The album starts at night with a Nightjar and a Nightingale. The music progresses, track by track, through dawn and day time, round to the evening chorus and back to night with another Nightingale and an Owl.

Cuckoo Song is composed by Benjamin Britten and features the sound of a Cuckoo singing above Britten’s grave in Aldeburgh Cemetery, recorded by the soundscape ecologist Bernie Krause.

Cosmo said: ‘I couldn’t help but include a recording of a Sheldrake, the bird that my family is named after, which is also on the amber list’.

The project has slowly changed over the years. Some of the pieces started as Christmas presents for friends and family. The presents were intended as alarm clock music, in the hope that they might help people wake up in the morning without the anger often inspired by traditional alarm sounds.

They worked well, but had a slightly unintended side effect. Everyone who used them reported that they had become increasingly sensitised to the sound of the dawn chorus and would often wake up at the slightest sound of bird song. They had the same effect on Cosmo.

A passionate conservationist, he also wrote a couple of songs in support of the People’s March for Wildlife in September 2019. The name Wake Up Calls was a suggestion of Robert McFarlane’s through a conversation they had in the run up the march. Cosmo wrote Nightjar for an Extinction Rebellion protest in London.

This article is based on a press release from Glass Ceiling PR.